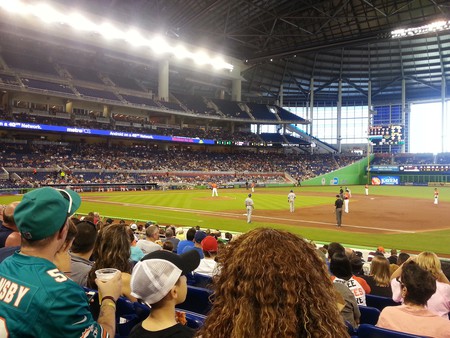 Led by Coach Don Shula, the 1972 team of the Miami Dolphins won all 14 of their regular-season games, both of their NFL playoff games and then went on to win Super Bowl VII. The football team was the only one to complete a totally undefeated season and win the NFL title.

Dan Marino comes into the mix

The Miami Dolphins later took on American football quarterback Dan Marino, who played for 17 seasons, leading the team through many wins and playoffs, although ultimately never winning a Super Bowl championship. Still, he’s regarded as one of the greatest quarterbacks in history. 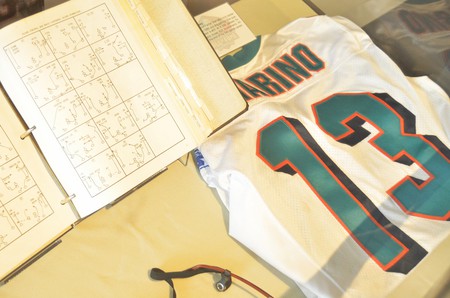 That time the Miami Marlins won the World Series

Perhaps the most thrilling sporting moment in Miami was when the Marlins won the World Series in 2003. Playing the New York Yankees, a 27-time-winning team, the Marlins were underdogs, but they actually defeated them in their very own Yankee Stadium. Shortstop Alex Gonzalez helped in a walk-off home run in extra innings while pitcher Josh Becket had a five-hit complete-game shutout in Game 6, ending the night with the ball in his glove applying the tag. Ecstatic fans who watched from their television screens hit the streets to celebrate the victory, while drivers were honking their horns in triumph. Also, people stood on cars, and everywhere from the suburbs of Kendall to Little Havana to Miami Beach, waves of locals cheered in unison. But that win was forever engraved in Miami’s Major League Baseball fans’ memories because after that, most of the players were traded out. And the Miami Marlins haven’t even come close to being a World Series contender since.

When the Miami Heat won their first NBA championship in 2006

With power duo Dwayne Wade and Shaquille O’Neal, the Miami Heat won the NBA Finals against the Dallas Mavericks in 2006, forever putting the basketball team on the map as one of the greatest teams in the U.S. The Heat later added player LeBron James, who, along with Chris Bosh and Wade, has led the team to win NBA Championships in 2012 and 2013.

Dwayne Wade returns to play with the Miami Heat

The 12-time NBA All-Star, and Miami Heat player, Dwayne Wade broke fans’ hearts when he was traded to play with the Chicago Bulls and Cleveland Cavaliers. But as of recent news, the beloved basketball player was traded back to the Miami Heat this February 2018—to the joy of millions of Miami fans. Heat nation is psyched about the team’s new “Vice City”-inspired jerseys too.