The Most Beautiful Places Along The Florida Keys 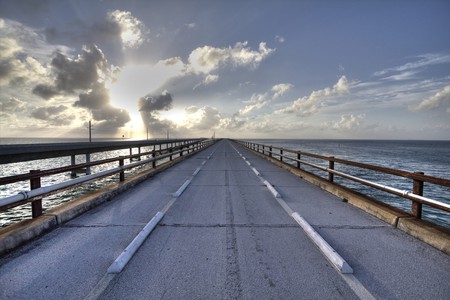 Most of us have heard about how awesome Key West is, but the rest of the islands should not be overlooked: the Florida Keys collectively make up a chain of more than 800 islands, so there are a ton of worthwhile stops to make during a road trip down to Key West. It takes about three and a half hours from mainland Florida, just south of Miami, to get out to Key West via the Overseas Highway (U.S. Highway 1). The Keys themselves are broken into three categories: the Upper Keys, Middle Keys, and Lower Keys. We know the options can be overwhelming, but not to worry, we’ve broken it down for you. Here’s our list of must-stop spots for Key West-bound road trippers.

Key Largo is both beautiful and easily accessible, making it a popular weekend destination for those on the mainland. The main attraction at Key Largo is the John Pennekamp Coral Reef State Park, which includes 70 nautical square miles of beautiful Atlantic Ocean waters and the only living reef in the continental United States. The park is famed for its fabulous aquatic life and is a popular spot for snorkeling, scuba diving, fishing, hiking, kayaking, and camping. Besides diving with beautiful sea life, this reef is famous for its underwater statue of Jesus Christ. 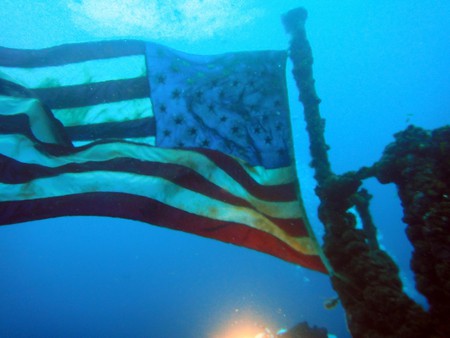 Underwater divers near the mast and flag on the USCGC Duane, Key Largo | Courtesy of Matt Kieffer/flickr

Next up on your breathtaking tour of the Florida Keys is the ‘village of islands,’ Islamorada, which has earned its reputable status as the sports-fishing capital of the world. So if your idea of a beautiful sight is a 50lb Marlin or Wahoo on deck, then this is an absolute must visit for you. Islamorada also offers plenty of opportunities to plan snorkeling trips and wildlife viewing excursions to nearby Lignumvitae Key Botanical State Park and Indian Key Historic State Park. We recommend a trip to the visitor center, where they will help you on your quest to encounter scenic wildlife, charter a boat, or go on a tour. 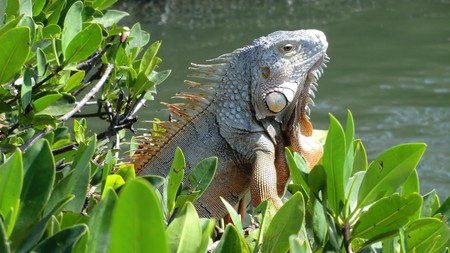 The island is virtually uninhabited, being home to the Bahia Honda State Park. Founded in 1961, the park occupies most of the island and the channel at the island’s west end is one of the deepest natural channels in the Florida Keys. The park has a public beach that has often been called the prettiest beach in the Keys, and is perfect for those of you who want to stay away from the crowds and explore the untouched, off-the-beaten-path type of destinations. There are plenty of good diving, kayaking, and snorkeling spots. Same goes for the land lovers who prefer nature-viewing and camping.

Are you loving your trip so far? Key West is getting closer, we promise. But first let us stop on the island of Marathon, where an education in wildlife conservation involves playing with turtles and dolphins. This former fishing village has a rich history as well. Founded by New Englanders in the early 1800s, Marathon is now famous for The Turtle Hospital – a small non-profit dedicated to the care of injured sea turtles. Other marine lovers visit the Dolphin Research Center to swim with and learn about dolphins. As you leave Marathon, you get to see another fantastic sight… The Seven Mile Bridge 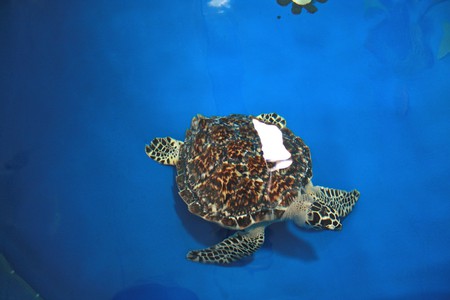 You can’t talk about places to visit in the Florida Keys without mentioning the one and only road that you must travel on to get there. We’re talking about the famous 7 Mile Bridge of course. Built in the early 20th century by Henry Flagler, it was rebuilt again in the 1980s after the original bridge was deemed unsafe. The old bridge still stands there next to the new one; offering a great opportunity for locals and travelers alike to witness beautiful sunsets, go fishing, or go on the most scenic run/bike ride of their life. Not only do they provide gorgeous views – these bridges are incredible works of engineering and play a formative role in the rich history of the Florida Keys.

Your journey is almost complete; having stopped a few times along the way, we know exactly what you need. Get ready for a some local specialties – we suggest conch chowder and a refreshing pint of Key Lime Pale Ale. Once you’ve eaten like a king and had fun chatting with the friendly locals, you’ll be ready to visit some more cultural landmarks and breathtaking views. Like all of the other Florida Key locales, Key West offers fantastic boating, snorkeling, fishing and other outdoor opportunities.

What sets it apart, though, is all of the history and entertainment on the island. We recommend checking out Mallory Square for a nightly arts festival that start about two hours before sun set, and a trip to the Little White House (President Truman’s winter home, now a museum). Also worth a visit is the home of Ernest Hemingway, who lived on Key West after moving from Cuba in the 1930s. 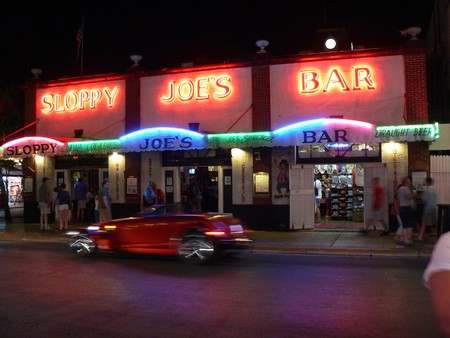