The Best Towns to Visit on a Day Trip From Miami 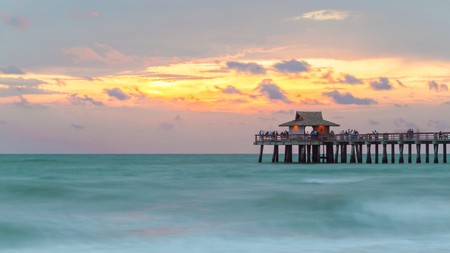 Boasting immense parks, delicious food and an abundance of cultural events, Miami is one of the most popular cities on the East Coast of America. For those looking for small-town charm, though, there are many more beautiful destinations worth exploring in Florida – and they lie just a short trip away from Miami.

You won’t have to travel far to reach these cool towns. From the verdant suburb of Homestead to the lavish oasis of Palm Beach, they all guarantee a super-fun day trip from Miami. Browse through Culture Trip’s top picks and plan your next adventure around the area.

You would never guess that this little wonder is only 35mi (56km) away from Miami. The name Homestead has stuck since the late 1800s, when the Florida East Coast Railway was being built and materials were consigned to “Homestead Country” – an agricultural area designated for homesteading. Now, the town serves as a colorful Miami suburb, sandwiched between two spectacular preserves: the Biscayne National Park and the Everglades National Park. Make sure to visit the Cauley Square Historic Railroad Village to marvel at refurbished railroad cars, and explore the many wineries and fruit orchards in the Redland region. 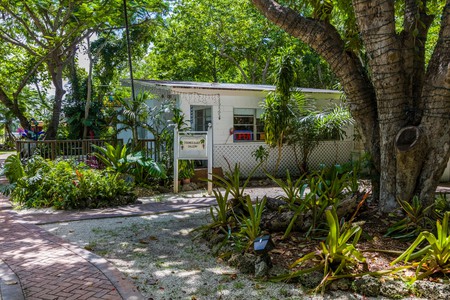 Part of the Florida Keys archipelago, this subtropical paradise is just under a four-hour drive away from Miami – all you need to do is cross 43 bridges and 31 islands to find it. If this sounds like a lot, rest assured that Key West will not disappoint. Think relaxing on exotic beaches with creamy sands, kayaking in canals framed by lush mangroves and fine dining. Join a ghost tour or mingle with the locals along Duval Street. This is where Ernest Hemingway look-alikes ride a man-made bull on wheels every year during the Hemingway Days Festival. End your day with a glorious sunset from Mallory Square, surrounded by eccentric street entertainers. 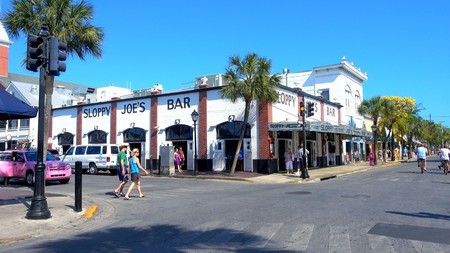 More like a village of islands than an actual town, the delightful Islamorada incorporates six of the Florida Keys islands and is often referred to as the fishing capital of the world. Aside from turquoise waters that make for unforgettable diving and snorkeling sessions, you can rent anything from a kayak to a boat to further explore the area by sea. Check out the endangered plants and protected insects and birds at the Lignumvitae Key Botanical State Park, or pass by Robbie’s marina to feed the tarpon and spot pelicans. Just off the coast of Islamorada, there’s a narrow sandbar where locals gather to drink and dance all night long. 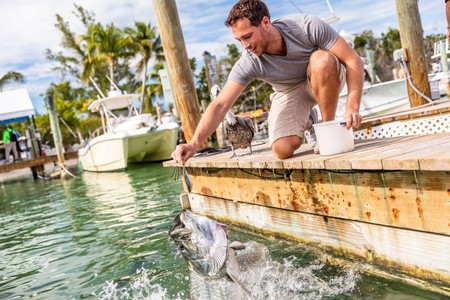 Spend some time on the sandy beaches of Key Largo, before popping by Marathon. The town is known for its amazing wildlife – loggerhead turtles nest at Coco Plum Beach and Sombrero Beach, while sharks and stingrays populate the Aquarium Encounters facility. Marathon is also home to the world’s only sea-turtle hospital, as well as a rehabilitation center for injured bottlenose dolphins – swim sessions with the cheerful mammals are on offer here. Hike your way through a tropical oasis of hardwood trees at the Crane Point Nature Center, and drive across the Seven Mile Bridge from Knight’s Key to Little Duck Key for incredible ocean vistas. 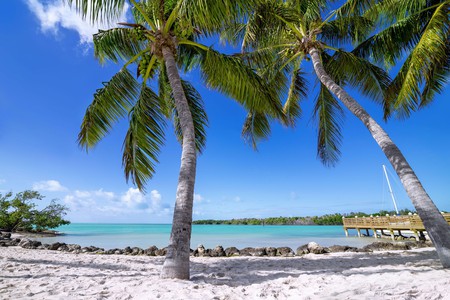 The glorious Sombrero Beach at Marathon is popular for swimming, picnics and volleyball, as well as being a preferred nesting location for loggerhead turtles | © Frank Peters / Alamy

If you’re a massive fan of theme parks, a day trip to Orlando is a must. The city hosts the most spectacular amusement parks in the world, including the crown jewel – the Walt Disney World Resort (featuring classics such as Space Mountain at the Magic Kingdom) – and the world-famous Universal Studios (home to the Wizarding World of Harry Potter). For an open-sided jeep safari alongside roaming zebras, try the Safari Wilderness ranch, and for an up-close look at crocodiles and alligators, visit Gatorland. When you get tired from all the thrills, chill out in the 50 acres (20ha) of the Harry P. Leu Gardens amid bright camellias, rose bushes and butterflies. 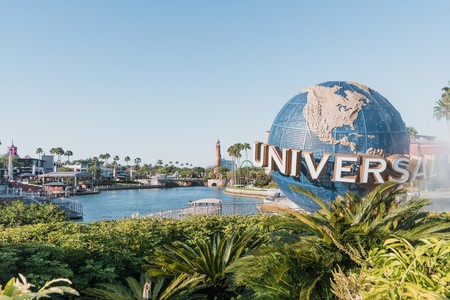 The two theme parks at Universal Studios are connected by CityWalk – a collection of restaurants, shops and shows | Photo by Aditya Vyas on Unsplash

For a little glitz and glamor head to Palm Beach. As its name suggests, this town is filled with palm trees and white-sand beaches, including the expansive Municipal Beach. The biggest draws here are the upscale boutiques, galleries and restaurants on Worth Avenue, as well as the million-dollar estates that the rich and famous call summer homes. Venture a bit further out to visit the historic Jonathan Dickinson State Park – featuring natural habitats such as pine flatwoods and river swamps – and the Hobe Sound National Wildlife Refuge, home to nearly 40 endangered species. Hop on a 20-minute kayak ride to Peanut Island for snorkeling and hiking. 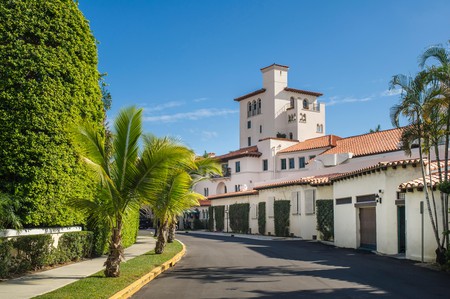 With 47mi (76km) of immaculate coastline, Palm Beach is separated from South Florida by the Intracoastal Waterway | © Roderick Schuchart / Alamy

Its proximity to Miami – only 30mi (48km) away – makes Fort Lauderdale super-popular with Miamians looking to escape the city. The town echoes Miami when it comes to its five-star hotels and refined restaurants, but Fort Lauderdale is much more laid-back. Next to a wide array of beaches – which once served as spring-break hubs filled with wild students – there is an entire network of waterways and canals dissecting the town. Hop aboard a water taxi and paddle along to explore the town’s vibrant nightlife, as well as its art galleries, museums and boutiques – the hippest ones are found in the Las Olas neighborhood. 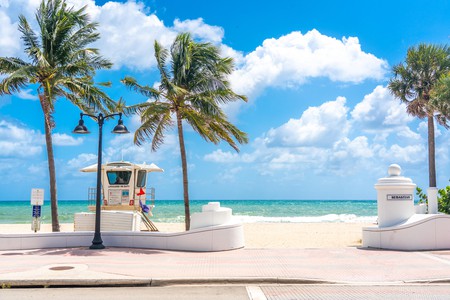 With hotels, restaurants and a pristine coastline, Fort Lauderdale has everything you need for a fantastic beach vacation | © Maria Kraynova / Alamy

Borrowing the elegance of its Italian namesake, Naples is one those Floridian towns that has remained largely untouched by the overall extravagance of the state. Charming and romantic, Naples is the ideal sanctuary for east coasters looking for a low-key getaway. Rent a bike and wander aimlessly along the pier or swim in the warm waters of the Gulf of Mexico, before eating al fresco or splurging at the quaint antique shops and modern boutiques on Third Street South. Don’t miss the Naples Botanical Garden that hosts several themed gardens spread across 170 acres (69ha) of rainbow-colored land. 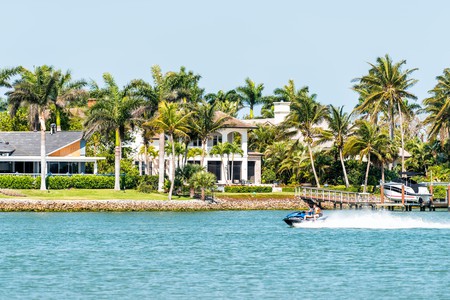