The Best Theme Parks in Orlando

Orlando might just be the most family friendly vacation spot in the entire world. With so many amazing theme parks and attractions for people of all ages to enjoy, it’s a difficult job to try and narrow it down. The second you get off the plane at Orlando’s International Airport, you are greeted with Mickey Mouse, The Hulk, and even NASA shops. You’ll never find a lack of things to do when you’re in the middle of sunny Florida. 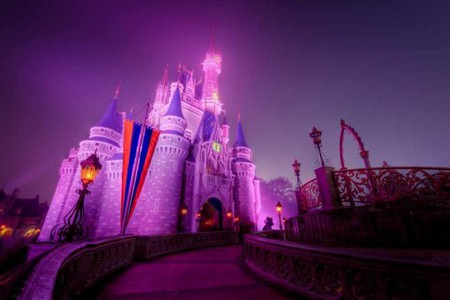 The king of all theme parks in Orlando is Disney’s Magic Kingdom. The iconic Cinderella’s castle greets you as you enter the park – the exact same castle you’ll see at the start of every Disney movie. Originally opened in 1971, this park has six different themed areas that completely make you feel like you’re on an adventure. The classic Disney fan-favorites, like It’s A Small World and Dumbo, are still here, as well as new attractions like Seven Dwarfs Mine Train. Kids can also meet and take pictures with some of their favorite Disney characters, from princesses to Pirates of the Caribbean. 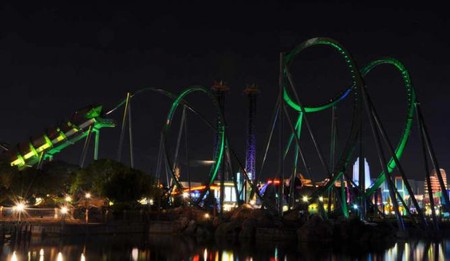 If you’re more of a thrill-seeking type or want a break from Mickey and the Princesses, then you’ll want to check out Islands of Adventure. Built in 1999, it was part of a major expansion project by Universal Studios which made Universal a resort capable of battling Disney’s. Their brand new Harry Potter attraction shattered attendance records in the area, and with more of a thrill-seeker push with their various coasters, it’s great for families with older teenagers or for those who are feeling brave. Their Hulk Coaster can hit speeds of up to 105 miles per hour! For the younger ones in your family, there’s a Dr. Seuss area that provides easier, family-fun rides.

The newest of Disney’s theme parks, which opened on Earth Day in 1998, is the only Disney theme park with live animals as well as rides. As soon as you pass the ticket gate, you feel like you are on a hike through a rain forest, with live birds and animals right beside the pathways. You’re able to go on a safari in a Jeep and get pictures of elephants, lions, zebras, alligators, and many, many more exotic creatures. There’s a live Broadway-style Lion King performance that happens several times a day, and if you’re looking for a bit of a thrill, check out Mount Everest, the coaster that goes through their mountain with an amazing view of the entire Disney resort at the top. The Tree of Life, the giant iconic tree in the middle of the Park, was hand-carved with designs of millions of animals and is actually a 3-D attraction at its base. There’s also a lot of learning to be done about wildlife and what you can do to protect them. 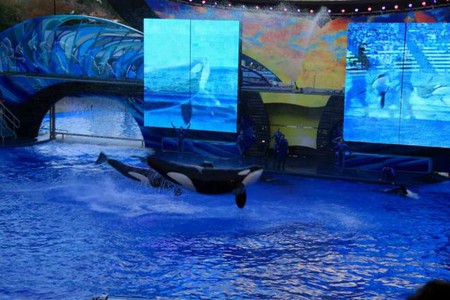 Seaworld is home to the world’s most famous killer whale, Shamu. Families can get up close and personal with ocean and sea life from around the world, watch live shows where whales and dolphins perform tricks, and learn about saving our oceans. The aquariums are world-class, and there’s even a few roller coasters for teenagers and brave adults to test their luck on. There’s tons of shade near attractions and at the aquariums, so Seaworld is a great choice of a theme park during those hot summer days where you need to get out of the sun. Staff here are very knowledgeable on their wildlife and sea life, and are always willing to answer questions from guests of all ages.

Previously known as Disney-MGM Studios, this Disney theme park lets guests return back to the Hollywood days of the 1920’s. Recognizable by the iconic Mouse-ears Water tower, there’s so much to do here that it might take you more than one day. From Aerosmith’s Rock N’ Roller Coaster and Tower of Terror to Beauty & The Beast‘s live show and Star Wars, here’s enough here for a family to split up for the day to experience attractions at their own comfort level. One show that is often skipped, but is probably the best show in the entire Orlando area, is Fantasmic! Check your park schedule for what days of the week it plays, and make sure you get there 90 minutes before showtime as they often run out of room. It’s a live show on the water with fireworks, lasers, and live actors.

While EPCOT does have some attractions for kids and teenagers, its more made for adults. One of the original parks designed by Walt Disney himself, the park started out as a world showcase and is now the largest park in all of Orlando. Make sure to bring your running shoes: it’s a 1.3-mile walk around the world pavilion, where you’ll get to learn and experience food, culture, and shop from countries around the world in all 11 pavilions: Canada, United Kingdom, Mexico, Germany, Norway, Morocco, United States, Italy, France, China, and Japan are all represented. Some of the best restaurants in Orlando are here at EPCOT, with the Canadian steakhouse needing reservations up to 3 months advance! They have a great night time fireworks show, Illuminations, which takes place right in the lagoon in the middle of the Pavilion. 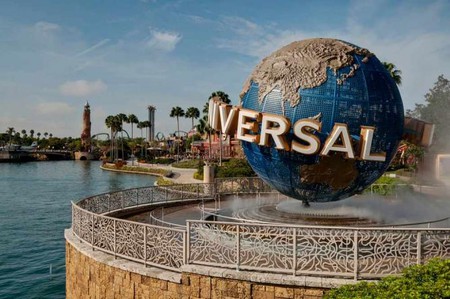 Universal Studios Florida offers guests the chance to re-visit movie classics like Jaws, King Kong, and even newer classics like Harry Potter. Just like their sister park at Islands of Adventure, Universal built off of the success of Harry Potter and created a second area for fans around the world: Diagon Alley. What’s cool about this new Harry Potter land is that you can purchase a special ticket that will let you ride a replica of the Hogwart’s Express from the films and book between the two parks’ Harry Potter areas. Universal Studios also offers 3-d shows, rides of all thrill levels, and shows of old cult classics like Beetlejuice, Back To The Future, and more. 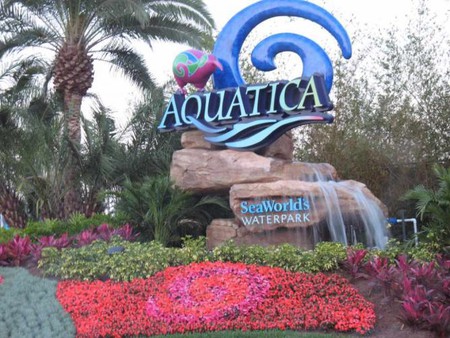 Aquatica Orlando is Seaworld’s newest theme park, right in the heart of ‘Theme Park Capital’ Orlando. They combine water rides and wildlife to give guests a one-of-a-kind experience that’s hard to find anywhere else in the world. It’s a perfect day trip for when the Florida sun gets to be a little bit much in the middle of Summer — here, you can cool off with thrilling, and some relaxing, water rides while learning about ocean life. There’s a kids-friendly area called Walkabout Waters where parents can walk their children through a water play park and jungle gym that’s over 15,000 square feet. Make sure to get in line for their star attraction, Dolphin Plunge, as soon as you get to the park, as lines can be over an hour long for the enclosed water slide that puts you underwater with Killer Whales and Dolphins.

At Discovery Cove, you’ll find the premier hands-on experience with marine wildlife anywhere in the world. Here, depending on which package you purchase, you’re able to swim with dolphins, feed tropical birds, get up-close-and-personal with otters, or even walk on the ocean floor. Discovery Cove has been voted the number one theme park in the world by TripAdvisor, and for good reason: if you can afford to go, it’ll be the experience of a lifetime. Packages include dolphin swims, snorkeling with sea creatures, and all-inclusive packages with food and drinks. There’s also a lazy river so you can float away the day while enjoying the scenery and the weather.

Disney’s Typhoon Lagoon Water Park is one of the oldest theme parks in Florida. Opened in 1989, it still has one of the largest wave pools in the entire world. The park is centered around Miss Tilley, the shipwreck at the top of the wave pool wall that sends out a 50-foot wave every half hour marked by a whistle. It’s the second-most visited water park in the world, and has spaces for sun bathers or for thrill seekers with one of the fastest water slides in the world, Humunga Kowabunga, which sends riders downwards five stories and up to speeds of 39 mp/h. There’s also a lazy river and family raft rides for the entire family to enjoy together.