The Best Places to Stay for Nightlife in Miami 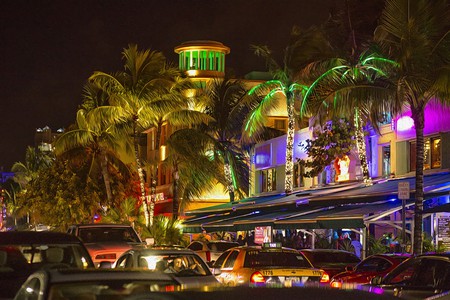 Miami is infamous for its nightlife, and it’s no mystery as to why. The glitzy nightclubs of South Beach are imploding with excess every night, and there’s always a raging party in one of Wynwood’s many bars and outdoor lounges. Whether you’re planning an endless night out on the town or just in the mood for a drink, book your hotel or Airbnb in any of these following neighborhoods.

When Brickellistas are done playing in their suits, they loosen their ties and head for a happy hour at any of the nearby fancy schmancy places. The business district is teeming with cocktail bars, lounges, and cool hangout spots to meet a cute someone. Make a pit stop for delicious concoctions at RedBar, some Latin dancing at Sidebar, or spend the night jamming to ’90s mixtapes at Blackbird Ordinary. The newest addition to the night scene is Sugar—the rooftop bar at the EAST hotel in Brickell City Center. Drinks and all-around perfect views of the city’s skyline make this place a must-see. The area is primarily a luxury hotel zone, complete with the hotels J.W. Marriott and the Conrad along Brickell Avenue, but you can always find someone renting out their flat on Airbnb. 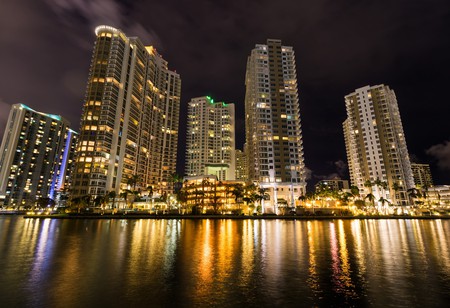 Clad with charming 1920s architecture, Downtown Miami was once the home of the city’s oldest bar, Tobacco Road. The empty buildings are now seeing new development in the form of trendy hotels, bars, and co-working spaces that are bringing people back to the sleepy area. Pedestrian-friendly and within walking distance to the Metromover and Metrorail, Downtown is great due to its proximity to Biscayne Boulevard, Brickell, and South Beach. A few nearby spots to visit are The Corner, the Langford Hotel’s rooftop bar, Club Space, and E11even—the club with its burlesque shows is open 24/7. There’s also a share of touristy spots worth a visit in the daytime, such as the Gesu Church—the oldest Roman Catholic Church in Miami is a perfect place to repent after a questionable night!

Surrounded by sketchy areas through which you wouldn’t want to stroll by yourself in the evenings, this up-and-coming neighborhood is primarily made up of warehouses turned into lofts. There are plenty of Airbnb rooms for rent here, but it’s best to aim for a condo rather than a bedroom in some dark and lonely corner. Otherwise, it’s a nightlife paradise with plenty of low-key dive bars such as Gramps and Wood Tavern plus outdoor hangout spots like Wynwood Yard. In the daytime, you can meander and look at the graffiti murals and catch a coffee break at hipster coffee shops, including Panther and Vice City Bean. 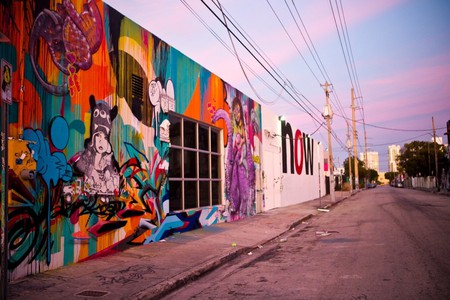 The king of nightlife is your place to stay if you want to party—hard. South Beach’s Collins Avenue is dotted with fabulous nightclubs such as LIV, Mynt, Wall Lounge, Basement, and many others, where rubbing shoulders with celebrities is the norm. Book a stay on Ocean Drive in South Beach to be near Mango’s, STORY, and Nikki Beach. And let’s not forget spots like Washington Avenue with a plethora of retro-cool cocktail bars, including the local favorite, Employees Only. Anywhere you stay on the island is certain to be within walking distance from a damn good time. 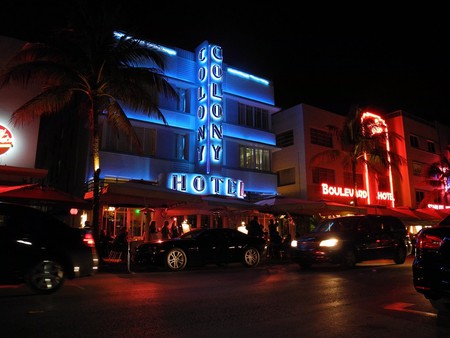 Edging towards the suburbs, Coconut Grove is south of Brickell but still packs in a good nightlife scene for cheaper than the beach. In between US-1 and Biscayne Bay, the forested neighborhood is a scenic place to explore in the daytime, and in the evenings, it’s pulsating with fancy and low-key bars along Cocowalk. Check out our list of the best bars in Coconut Grove.