The Best Hotels in Tampa, Florida 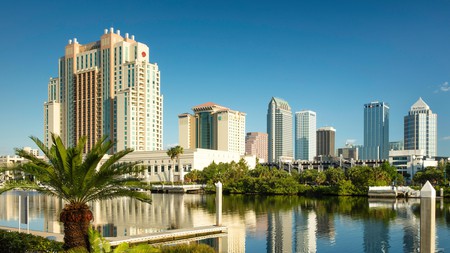 On Florida’s Gulf Coast, Tampa is known for its impressive mix of outdoor activities, museums, history and coastal cuisine. It’s also a thriving business center, meaning its visitors have plenty of options for work and play. Dine on divine seafood, spend the day in the historic Ybor City neighborhood, or head to the water for marine-animal sightings and watersports. Whatever your style of travel is, there’s a Tampa hotel to rest your head at after a long day in Cigar City. 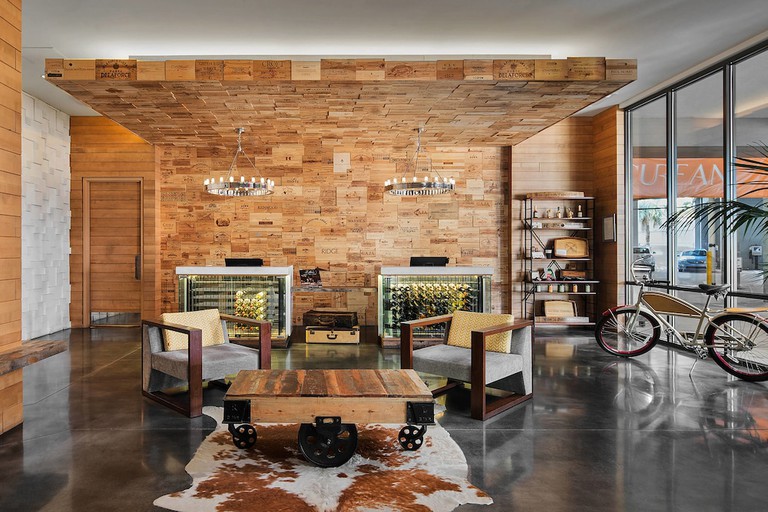 Courtesy of Epicurean Hotel / Expedia
View Rooms
From $291 Per night per room
At the Epicurean, you are surrounded by outstanding dining options – the restaurant Élevage produces dishes inspired by Mediterranean, Asian, Indian and other cultures and whips up aesthetically pleasing dishes like lobster ravioli with Maine lobster and a sherry sauce. Bern’s Fine Wines and Spirits boasts over 1,000 labels of wine and liquors, and Edge Rooftop Cocktail Lounge features Tampa-area microbrews and craft cocktails. Little Midway Ice Cream and Pastry Parlor offers sweet treats like cinnamon crunch or s’mores cones.
More info 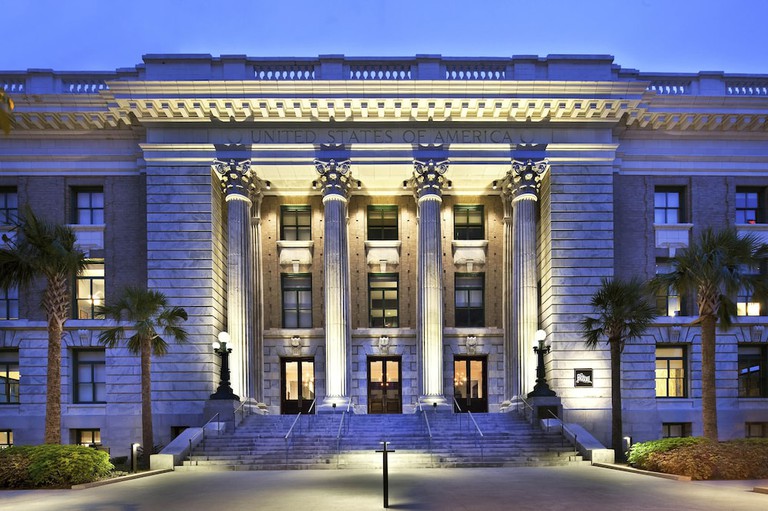 Courtesy of Le Meridien / Expedia
View Rooms
From $184 Per night per room
Architectural connoisseurs adore Le Méridien for its charm and century-old features. Built in 1905, the hotel was originally the federal courthouse, and courtrooms and items have been repurposed in the decor throughout. Don’t miss the marble hallways, original oak doors and historic details such as an old judge’s desk that has been repurposed into the concierge desk. The hand-painted ceilings on the fourth floor are still intact from more than 100 years ago, and the blueprint wallpaper in the lobby is a replica of the original architect’s blueprints of the building’s lighting features.
More info 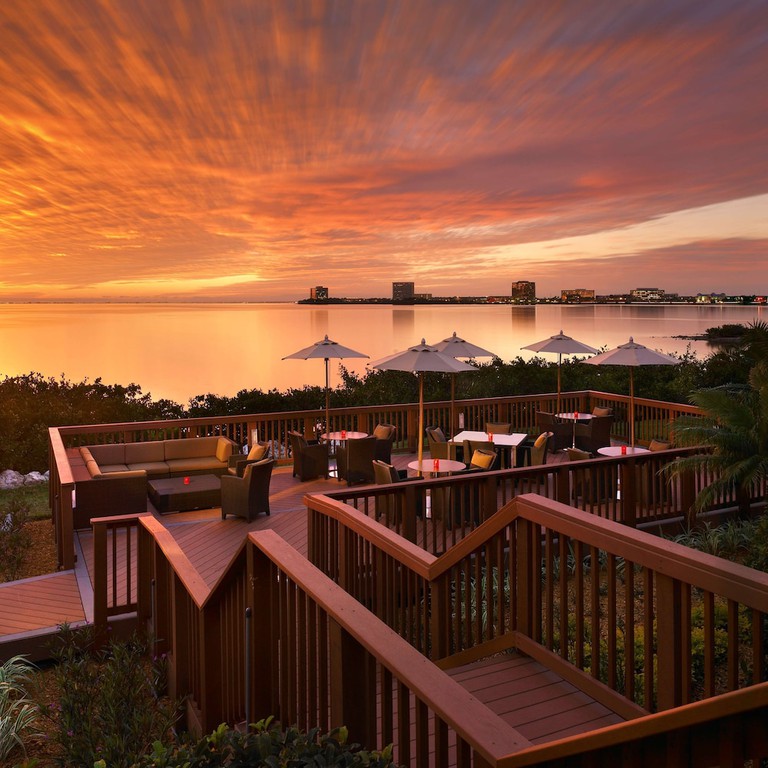 Courtesy of Grand Hyatt / Expedia
View Rooms
From $192 Per night per room
Reconnect with nature at Grand Hyatt Tampa Bay, which is located on a 35-acre (14ha) nature preserve. Go bird watching on the boardwalk, or try and spot a manatee by the boat dock. There are also almost 10 miles (16km) of bike trails, plus water access for kayaking, paddle boarding and jet skiing. Find a nice spot along the nature trail for dolphin watching and peach-hued sunsets.
More info 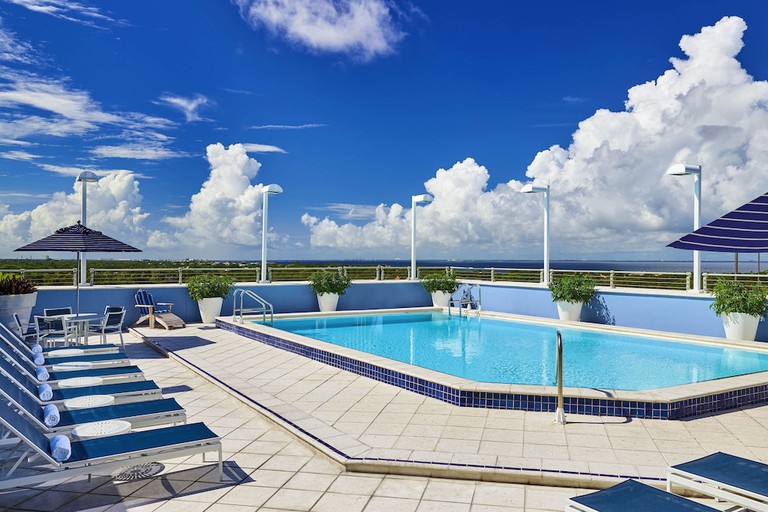 Courtesy of The Westshore Grand / Expedia
View Rooms
From $139 Per night per room
Near the Westshore business district, the Westshore Grand is great for the business traveler – it’s less than 10 minutes from Tampa International Airport. The Straz Center for the Performing Arts and the University of Tampa are both less than 20 minutes away, and, if you are looking to conduct business within the hotel, there are 10 meeting rooms and almost 18,000 square feet (1,672sqm) of event space to choose from.
More info 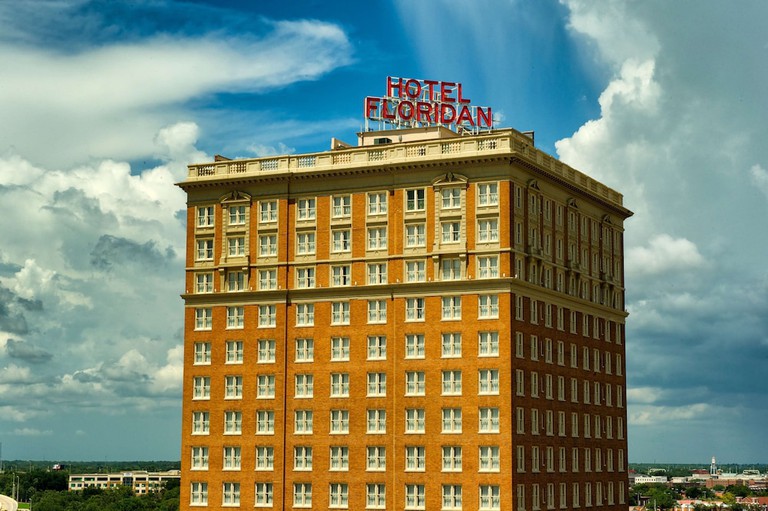 Courtesy of Floridan Palace / Expedia
View Rooms
From $147 Per night per room
Dating back to 1926, history buffs love this establishment, which is listed on the National Register of Historic Places. Numerous movie stars and celebrities visited the hotel during its heyday, including Elvis Presley, James Stewart, Charlton Heston and Constance Bennett, to name a few. The Floridan Palace is the only historic skyscraper that has remained out of the six constructed in downtown between 1910 and 1930. Step back in time, and relish in the hotel’s old-world charm, complete with gold-trimmed furniture, marble bathrooms and hand-painted features.
More info 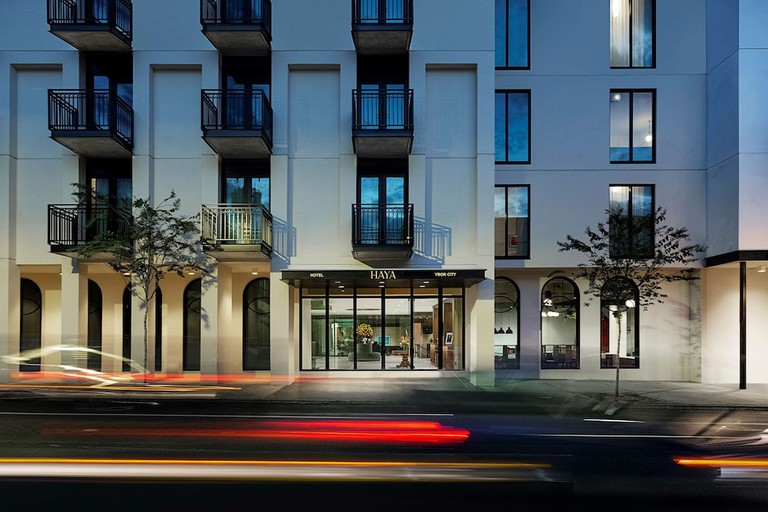 Courtesy of Hotel Haya / Expedia
View Rooms
From $193 Per night per room
For a boutique hotel with thoughtfully curated amenities and locally designed features, Hotel Haya fits the bill. Coffee enthusiasts love the cold and nitro brews from Made Coffee in St Petersburg that are available at Haya, and the round lamps in the guest rooms come from resident glass artists at Morean Glass Studio & Hot Shop – bonus points for mimicking the street lamps that line Seventh Avenue. Guests will also find artisan collaborations from T2TheS studio in the Cafe Quiquiriqui bar – a nod to the area’s cigar culture – and other wares in the hotel’s retail space.
More info 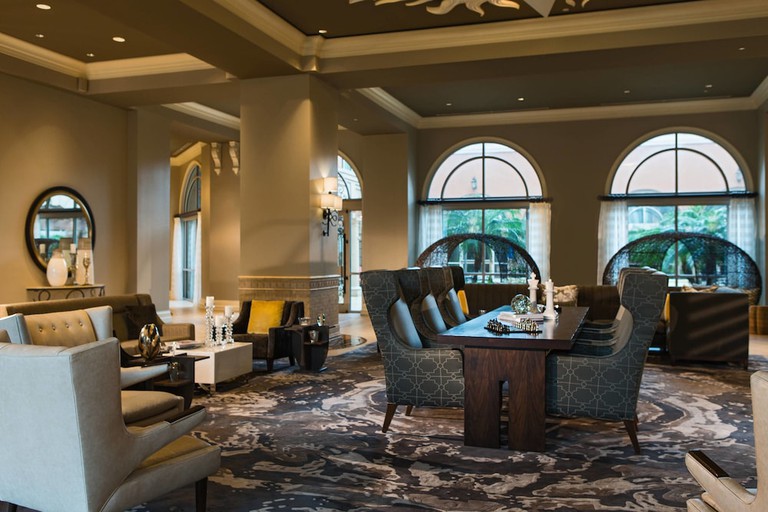 Courtesy of Renaissance Tampa / Expedia
View Rooms
From $214 Per night per room
Steps from prime shopping spots, the Renaissance Tampa International Plaza Hotel is situated next to International Plaza and Bay Street, where you’ll find more than 200 stores and restaurants, including Louis Vuitton, Nordstrom and Neiman Marcus. Shop to your heart’s content, then head back to the hotel, and spend the afternoon by the pool. Here, you can do it all within walking distance.
More info 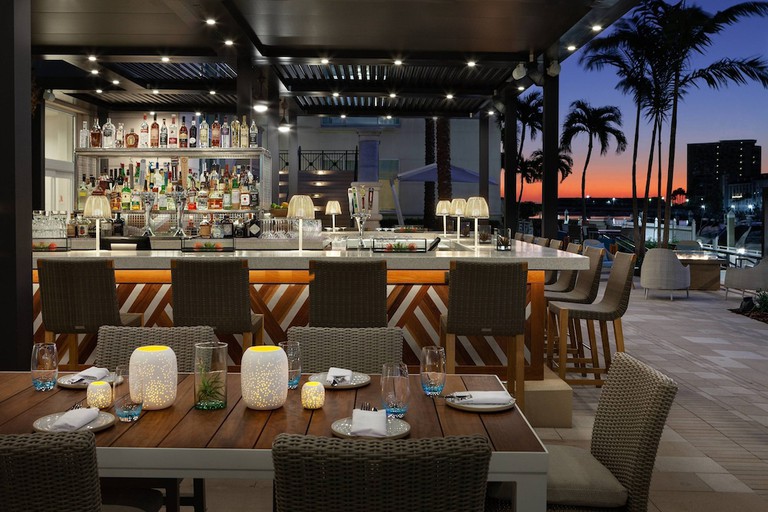 Courtesy of Tampa Marriott Water Street / Expedia
View Rooms
From $250 Per night per room
Got a packed itinerary and need somewhere central? The Tampa Marriott Water Street is a great place to anchor as you explore Tampa. The hotel is adjacent to the convention center and within walking distance to the Tampa Riverwalk, the Florida Aquarium, Sparkman Wharf and Amalie Arena. Take a nap by the rooftop pool in between your activities, then head out for waterfront and family fun.
More info 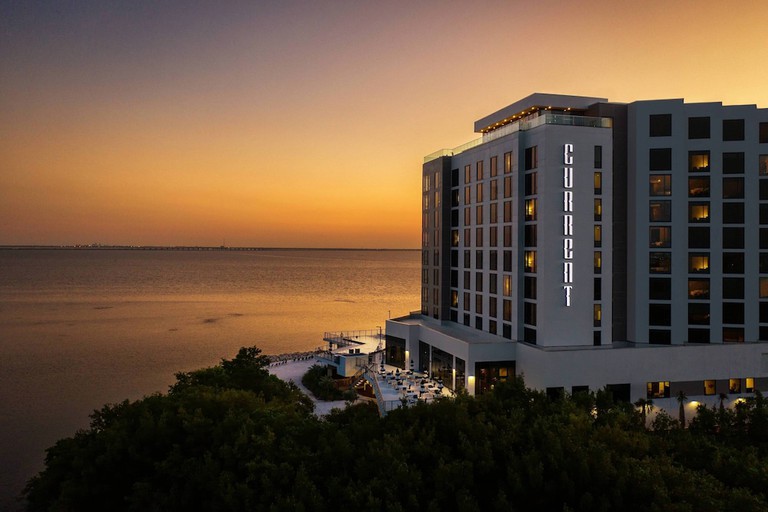 Courtesy of The Current Hotel / Expedia
View Rooms
From $211 Per night per room
Adventure seekers head to the Current Hotel for its numerous outdoor pursuits and killer views of Tampa Bay. Watch the sun fade into the bay at the beach area, and warm up by the firepit at night. Hit the water for fishing, kayaking and paddleboarding. Access to the 16.2-mile (26km) Courtney Campbell Causeway West Trail is nearby, which offers paved trails for biking and walking.
More info
Give us feedback