The 6 Best Day Trips From Miami 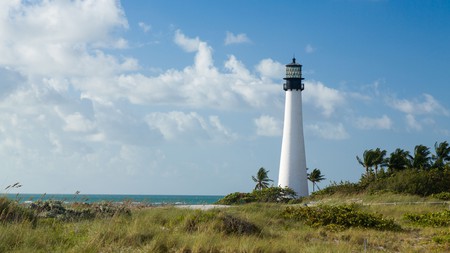 Surrounded by 1.5 million acres of protected wetland with hundreds of islands and countless museums and theme parks, Miami has no shortage of activities nearby.

From a white-sand getaway in the Bahamas to NASA’s headquarters, here are Culture Trip’s favorite day trips from Miami. 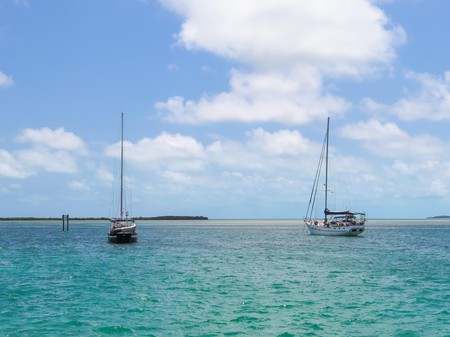 Did you know you can get to the Bahamas in just two hours from Miami? The Bimini islands – the westernmost district of the Bahamas and once a favorite hang-out for none other than Ernest Hemingway – are closer to Miami than they are to Nassau. With the right tour, you can go from high-rise metropolis to Caribbean island quicker than traveling from South Beach to Downtown during rush hour. Civitatis offers slow-paced day trips to the Bimini islands, where you’ll be given the whole day (from 11am-6pm) to relax on the white-sand beaches, snorkel in the clear waters or speed around on a Jet Ski at your own leisure. Included in the tour price are hotel pickups, return ferry tickets and a day pass to the Hilton Hotel, where you’ll have access to the resort’s oceanfront pool and beach hammocks. 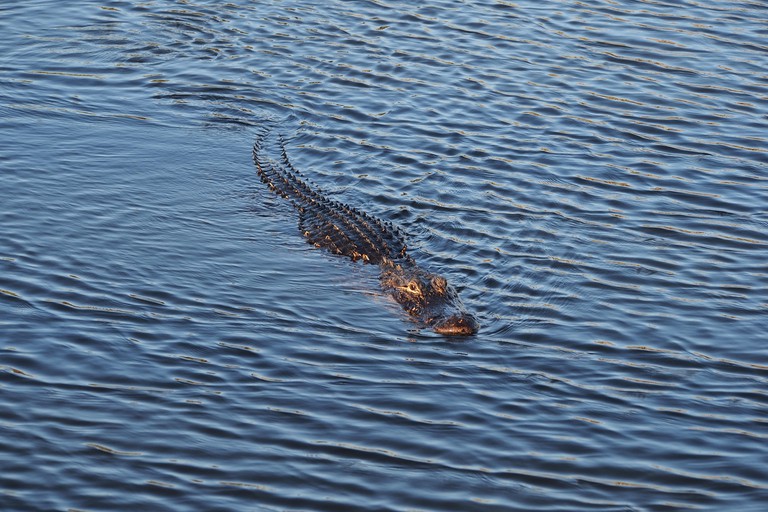 A protected wetland that spans 1.5 million acres, the Everglades is a haven for rare and endangered species such as the manatee, the American crocodile and the Florida panther. The possibilities for exploring this enormous wildlife sanctuary are endless, from paddling through 99 miles of waterways in a kayak to wading through knee-high mud with an adventurous off-trail hike. But, if you only have a day to spare (and you’re all about seeing the Everglades’ most popular reptile), then the Alligator & Airboat Tour is a great option. The trip starts with a 40-minute narrated airboat tour through the River of Grass, where you’ll spot alligators feeding and resting in their natural habitat, as well as other wildlife such as eagles, pelicans and spoonbills. Then, you’ll learn about the alligators’ life cycle, eating habits and hunting skills with a live presentation. You’ll finish off with some free time to explore the many alligator exhibits in the Everglades’ Gator Park. 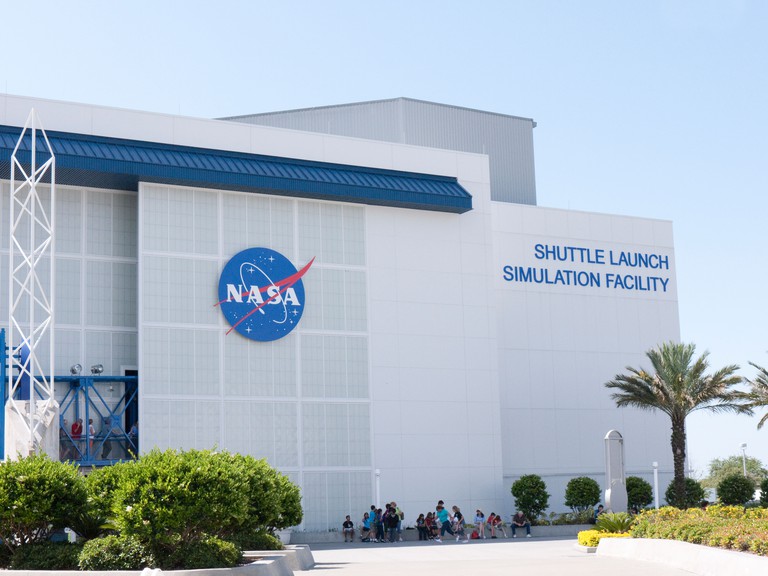 The Kennedy Space Center (KSC) – NASA’s main launch center for human spaceflight – has been at the heart of space exploration since 1963. It was here that some of the world’s most historic space programs were launched, including Apollo 11 (which landed the first man on the moon in 1969), the Space Shuttle (the first and only winged spacecraft to safely achieve orbit and landing) and Skylab (the first space station to be launched by NASA). The guided tour starts at the Visitor Complex where, through replica rockets, filmed astronaut interviews and interactive exhibits, you’ll discover the history and future of US space travel. Then, you’ll head outside for a peek at KSC’s launch pads, including the one that rocketed Apollo 8 into space, NASA’s second crewed spaceflight mission. If you’ve got time to spare, stop by the Palm Beach Outlets to pick up some bargain designer threads. 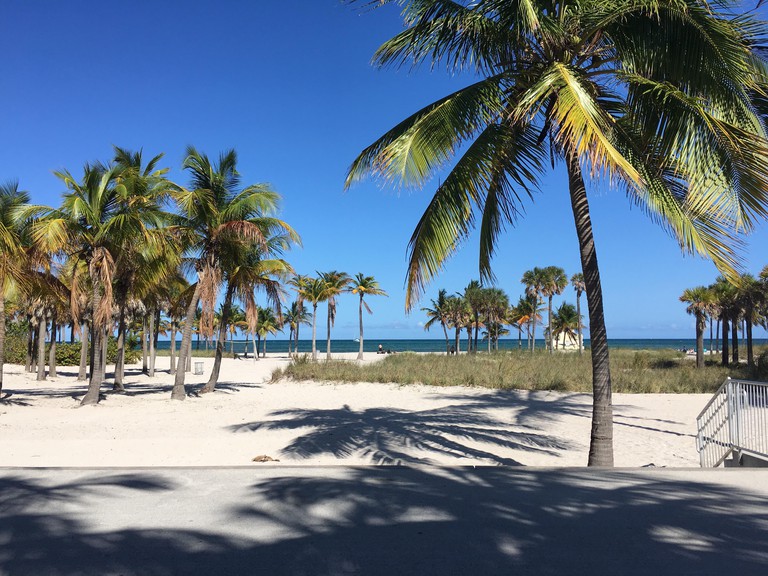 Just 12 miles from the Bayside Marketplace, Key Biscayne offers an unexpected getaway from the towering skyscrapers of Downtown Miami. Here, you’ll find sheltered white-sand beaches, national parks teeming with wildlife and plenty of opportunities to hike, kayak and scuba dive. With scenic, easy-to-ride causeways all the way from Downtown to Bill Baggs Cape Florida State Park, one of the best ways to explore Key Biscayne is by bike. Start off by peddling the Rickenbacker Causeway, where you’ll get sweeping views of Miami Beach’s oceanfront skyline. Once you reach the end of the road, visit the oldest structure in Miami-Dade County, the Cape Florida Lighthouse, and go swimming, snorkeling or kayaking in the calmest and clearest waters in Miami. Most tours will include a quality bike and helmet and a knowledgeable guide to tell you about the area en route. 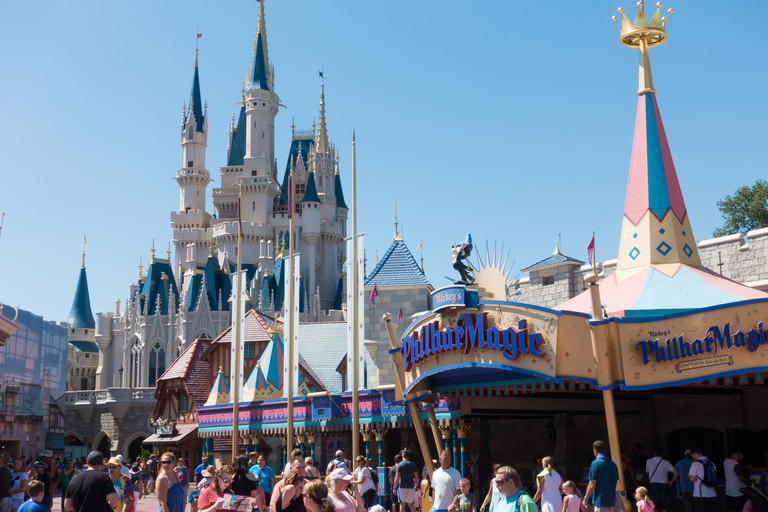 Can you really come to Florida and not pay a visit to Cinderella’s castle? Or take a ride on Aladdin’s magic carpet? Opened in 1971, Walt Disney World was created to be the “happiest place on Earth.” While the long queues and pricey hotdogs might not be everyone’s idea of paradise, Disney World’s four state-of-the-art theme parks, two water parks, 23 hotels and over 100 restaurants never fail to provide a magical day out for the family. If you only have one day to explore the resort, you’re best to choose one park. The Magic Kingdom is where you’ll want to be if you’re dying to meet Mickey Mouse or brave enough to tackle the Tower of Terror. But, if it’s space simulators, vertical water slides or close encounters with lions and zebras that you’re after, then head to Epcot, Animal Kingdom or Aquatica. Most day tours include pickup from your hotel in the early morning and six hours to explore a park of your choice at your own leisure, with the price of round-trip transportation and entry into one Disney resort included. 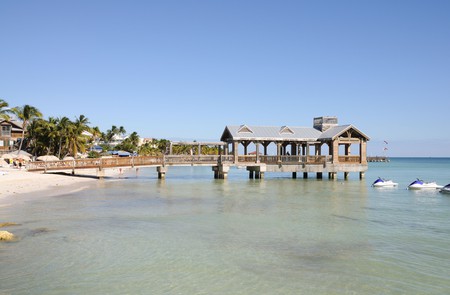 The southernmost point of the US, Key West feels more like a remote Caribbean oasis than an American city. This seven-square-mile island is best known for its coral reef, which, at 358 miles, is the third-largest in the world. Its pastel-colored clapboard houses, high-end artist galleries and palm tree-lined streets are also a big draw. Choose from diving, snorkeling or kayaking through waters teeming with marine life. Or, you can opt to take a Jet Ski or sailboat and cruise around the island. On land, visit the former home of Ernest Hemingway, ride the hop-on-hop-off trolley bus or explore the only frost-free botanical garden in the continental United States. There are a number of shuttle buses that leave Miami at 7am and return at 6pm, giving you around six hours to explore the island at your own pace.