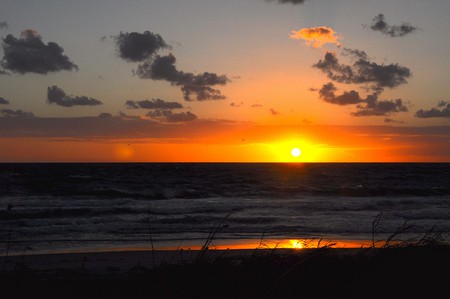 Florida is well known for its sun, sea and bikinis, but the diverse restaurant scene is just as alluring. While dining in the Palm Beach area, there is fare to please every palate: from a decadent all-American Sunday brunch to a Vietnamese Pho dinner, discover here the best spots to eat in Palm Beach. 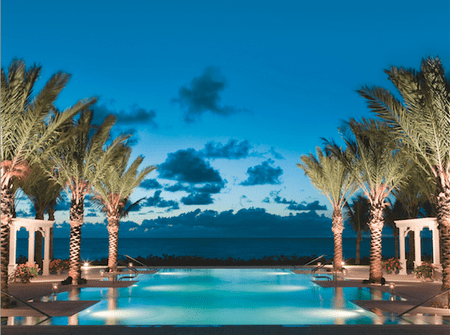 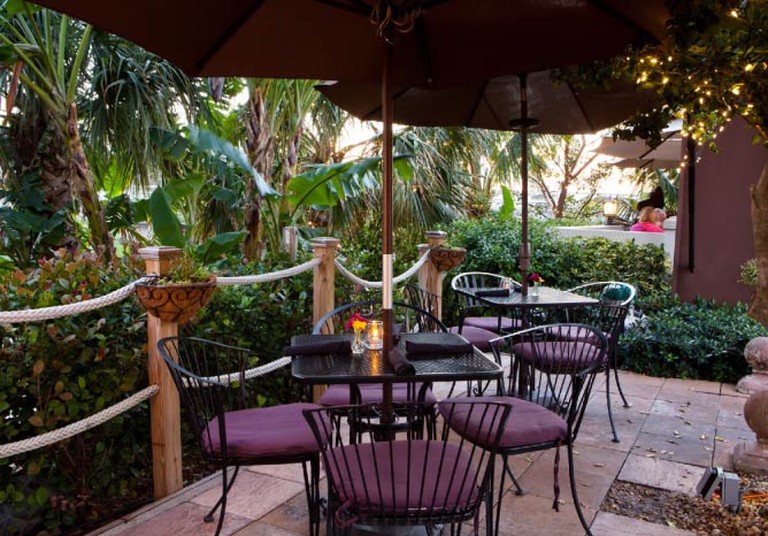 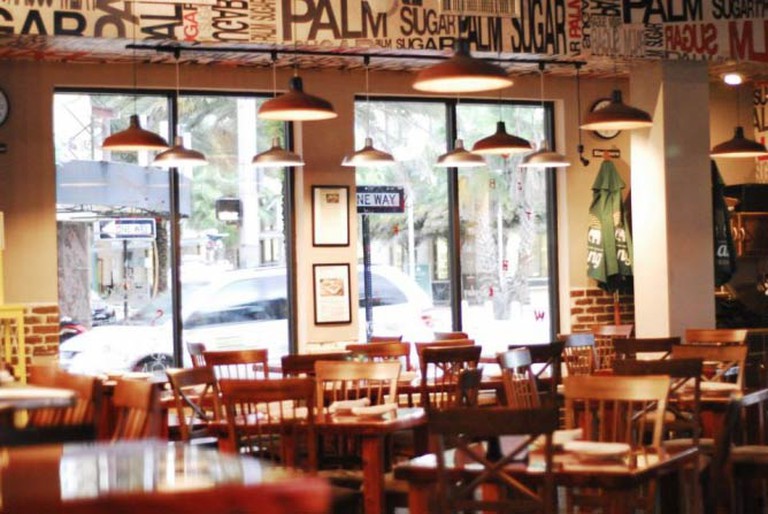 Palm Sugar | Courtesy of Palm Sugar
Darbster is a unique vegetarian bistro with a menu that appeals to both the vegetarian and carnivorous palate. Known for innovative vegetarian dishes that are delicious, natural and organic, served on a waterfront deck, Darbster is a favorite among locals. With an ample selection of beer, wine and tea to accompany cuisine, the restaurant offers excellent food in a casual environment. Say yes to the oyster mushrooms; or the butternut squash ravioli with cashew parmesan, pesto, red pepper cream, sprouts and basil cashew cheese.
Open In Google Maps
8020 South Dixie Highway, Southside, West Palm Beach, Florida, 33405, USA
+15615862622
Visit Website
Give us feedback 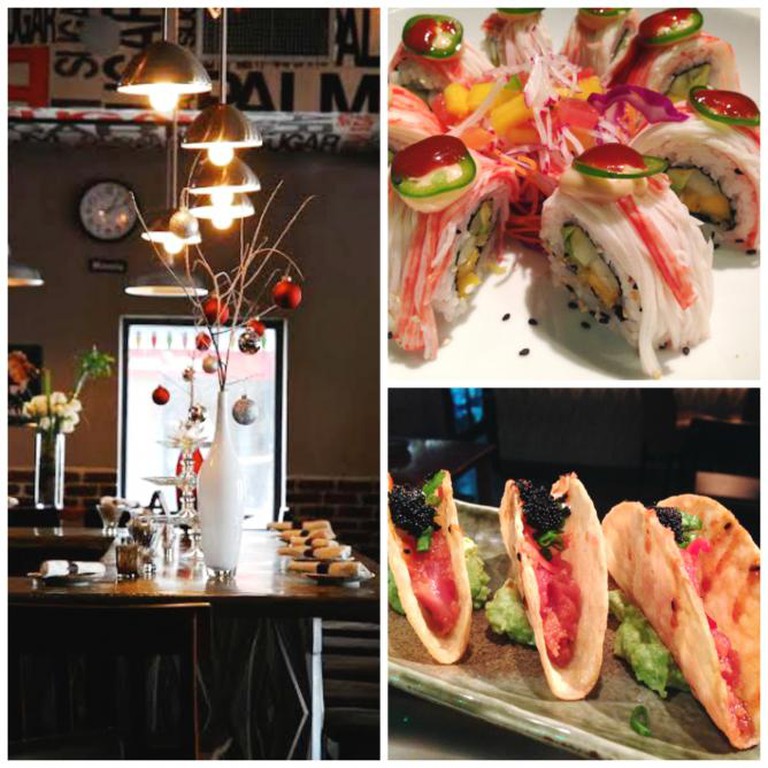 This family owned-and-operated steakhouse establishment was opened by Ralph and Norma Lewis in 1947, and has since been passed on to their son Curtis and his wife Jeannie, who changed the name from Okeechobee Drive-In to Okeechobee Steakhouse in the early 1970s. Armed with the family’s own, exclusive beef aging process that’s a guarded secret, this steakhouse creates a succulent, tender flavored meat unlike any other chophouse. Known for the best steaks and an ambiance that offers class without pretentiousness, Okeechobee Steakhouse has cooked-to-order steak platters that are consistently delicious. From the menu go for the T-bone or filet cut. 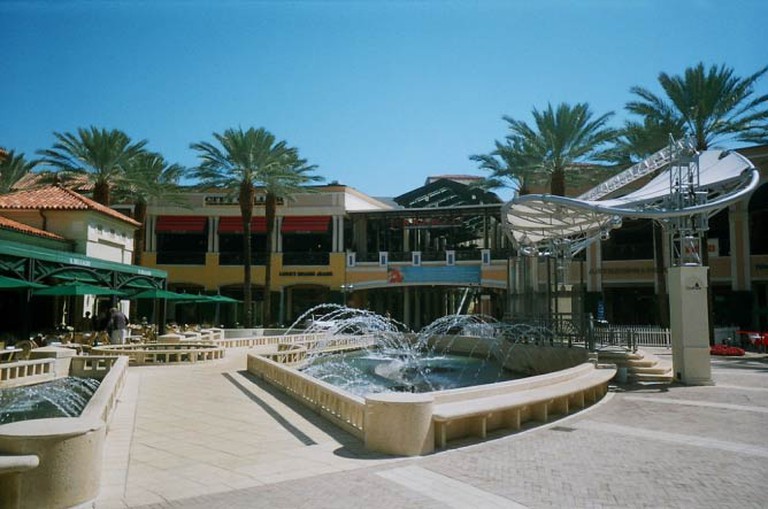 City Place | (c) Phillip Pessar
Hullabaloo is a trendy gastro pub that serves Italian fare, cocktails and beer, with a vintage Airstream camper located on their patio. Rodney Mayo’s sophisticated watering hole is all about serving a refined selection of small plates and hand-crafted items, boutique wines and artisanal cuisine. Handmade pastas and house-made pizzas are at the top of the menu list. See the the restaurant’s chalkboard for daily and weekly specials consisting of fresh, seasonal ingredients. Try the house-cured fennel salmon served with toasted flatbread and a soft-poached egg; or the seared U-10 sea scallop with gruner veltliner and lemon glaze over creamy polenta, grilled asparagus and golden pea shoots.
Open In Google Maps
517 Clematis Street, West Palm Beach, Florida, 33401, USA
+15618331033
Visit Website
Visit Facebook page
Give us feedback 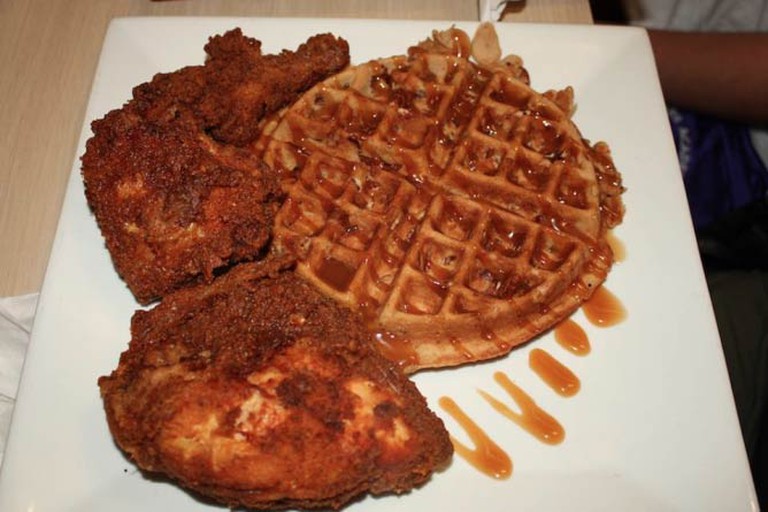 Bay Bay's Chicken & Waffles | Courtesy of Bay Bay's Chicken & Waffles
City Cellar Wine Bar & Grill offers Mediterranean fare in an airy space with a floor-to-ceiling glass wine cellar and patio perfect for people gazing. The menu is varied, offering an enormous selection of artisanal cheeses, focaccia flatbreads and meats such as jamon serrano and jamon iberico, alongside an award-winning wine collection that can be purchased by flight, bottle, or glass. With entrées such as a hearth-baked pizza, dry-aged steaks, fresh pasta and seafood, it’s impossible to leave hungry. Be sure to try the lobster, mac and cheese and the roasted Brussels sprouts.
Open In Google Maps
700 South Rosemary Avenue, CityPlace, West Palm Beach, Florida, 33401, USA
+15613660071
Visit Website
Give us feedback 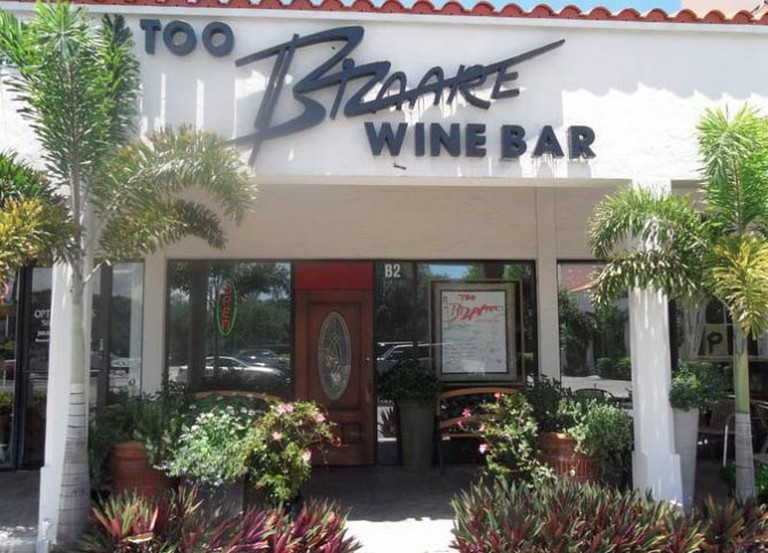 Too Bizaare | Courtesy of Too Bizaare
Bay Bay’s Chicken and Waffles is Southern fusion at its finest. Combining classic Southern-style recipes with Asian, Latin, Italian and Caribbean influences, the food is fantastic and made fresh to order. Within the cozy restaurant the open kitchen exposes the cooking techniques, while the outside patio allows patrons a little more room. The restaurant offers free samples but the name says it all, if you visit Bay Bay’s Chicken & Waffles, you must try the chicken and waffles.
Open In Google Maps
2400 Okeechobee Blvd, West Palm Beach, Florida, 33409, USA
+15614293796
Give us feedback

The eclectic Too Bizaare affords a shabby-chic environment while offering American and Asian cuisine, sushi and an extensive wine list. The varied Asian-infusion menu has escargot, baked brie, and chorizo pizza, along with pad Thai, curries and a 22-ounce steak. Unusual among dining experiences, patrons sit on mismatched couches in an intimate setting, with paintings and décor from local artists displayed, and for purchase. For starters, order the sushi bomb and crab-stuffed portabella, then move to the parmesan and chicken artichoke crêpe or tex steak.

The Circle at The Breakers

Sunday brunch is a remarkable event at The Circle, located inside Palm Beach Island’s most exclusive hotel, The Breakers. With an extensive buffet of hot and cold items, an à la carte menu, endless mimosas and Bloody Marys, The Circle is beyond indulgent. Offering stunning ocean views, a 30-foot fresco ceiling and eight oval murals that depict Renaissance landscapes, reservations are a must. Live classical music fills the air, while buffet tables showcase lamb chops, carved beef and ham, roasted chicken, and a bounty of crab, shrimp and lobster.

Deli, Sandwich Shop, American, Vegetarian, $$$
Facebook
Email
Twitter
Pinterest
Copy link
Share
Map View
With numerous “Best Of” awards under their belt, TooJay’s began as a modest New York-style delicatessen in 1981. Owners Jay Brown and Mark Jay Katzenberg used their names to come up with the moniker TooJay’s Gourmet Deli, which has stayed true to its Jewish roots, while offering additional items that are non-kosher or gluten-free and vegetarian. However the Yiddishkeit favorites, such as pastrami, corned beef, brisket, lox, smoked whitefish, matzo-ball soup and chopped liver, are what makes TooJay’s popular. From the menu, try the potato pancakes, which are served with sour cream and apple sauce.
Open In Google Maps
313 Royal Poinciana Way, Palm Beach, Florida, 33480, USA
+15616597232
Visit Website
Give us feedback
Give us feedback