Where to Swim With Dolphins in Florida 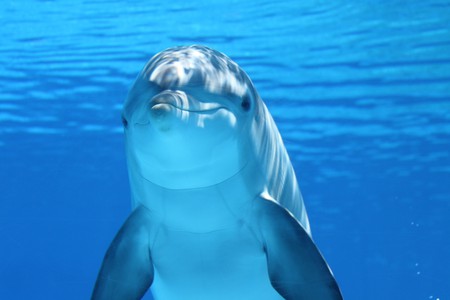 Dolphins are known for their intelligence and ability to communicate – and they are synonymous with Florida. Planning a visit to the Sunshine State? You can get to know these friendly marine creatures at a theme park or aquarium. Here’s our pick.

Dolphins are one of the world’s most-loved marine creatures, and there are many dolphin experiences on offer in Florida. You can swim with dolphins and dine with orcas at SeaWorld Orlando, or learn about their behaviors and meeting rescue dolphins poolside at Clearwater Marine Aquarium. 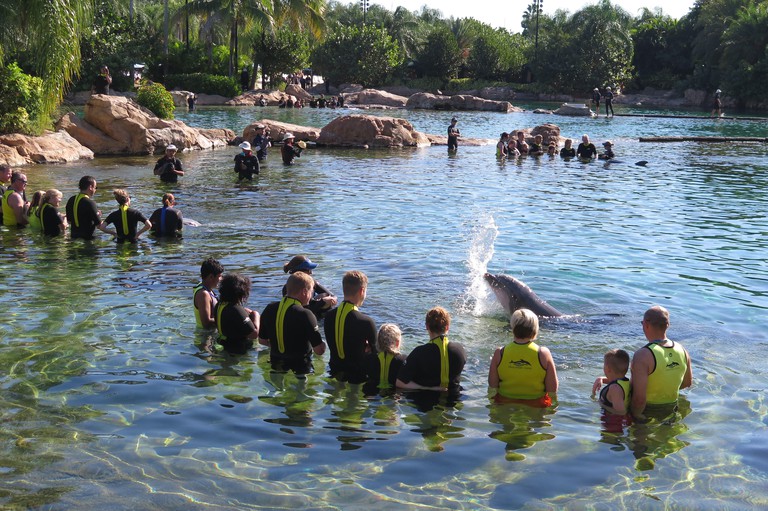 © Discovery Cove Seaworld Orlando Florida
When it comes to dolphin enclosures, bigger is definitely better. Dolphin Cove at SeaWorld Orlando is one of the largest interactive dolphin pools in the world, and the 30-minute signature dolphin swim features both shallow-water play and a deep-water tow. If you don’t fancy getting wet, you can opt for a 15-minute dolphin experience that includes participating in training and the opportunity to touch a dolphin. There are plenty of other animal experiences on offer too, including dining with orcas and going behind the scenes at the manatee rescue and rehabilitation facility. 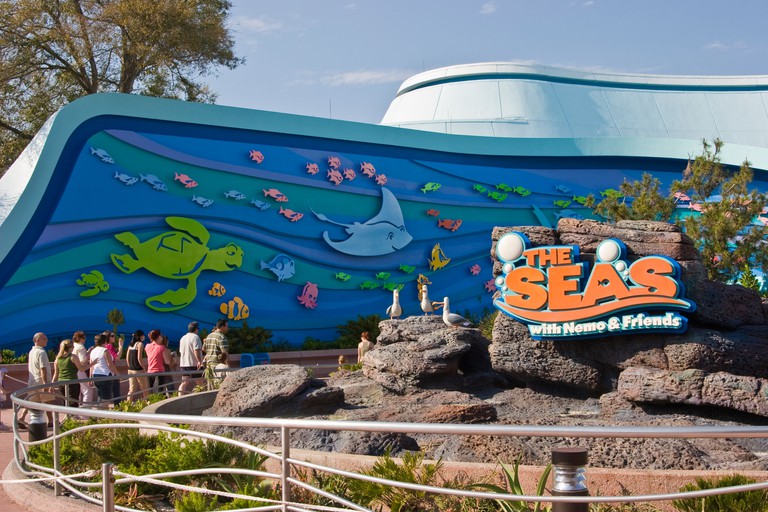 © Humberto Olarte Cupas / Alamy Stock Photo
Epcot promises to let visitors “travel around the globe, under the sea, into outer space… and beyond!” and the Walt Disney theme park certainly delivers. The immersive 3-hour dolphin encounter takes place at the Seas with Nemo & Friends Pavilion, and includes a tour of the backstage area and sitting in on a training and research session, as well as a 30-minute interactive experience with the dolphins in waist-deep water. Want to explore the oceans even further? The DiveQuest program offers the opportunity to go scuba diving in 5.7m gallons of saltwater aquarium with more than 6,000 sea creatures, including sea turtles, sharks and eagle rays. 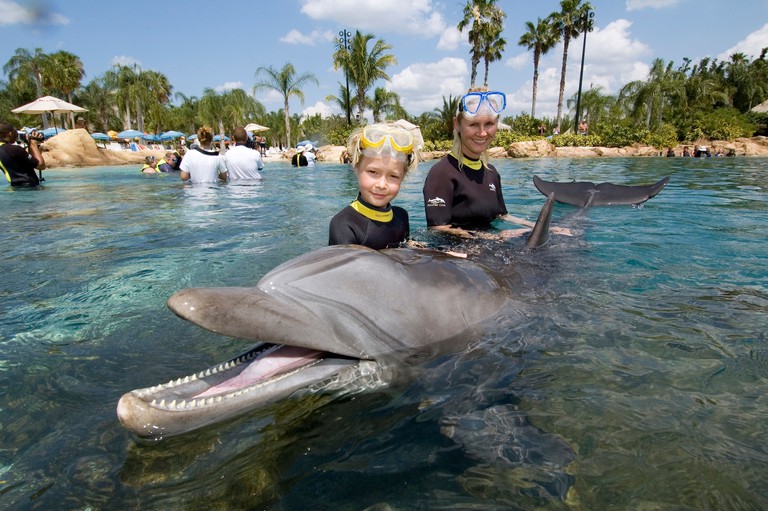 © imageBROKER / Alamy Stock Photo
Like humans, dolphins have very different personalities – and the signature dolphin swim experience at Discovery Cove is all about uncovering the dolphin’s personality by learning about its behaviors and communication abilities. The session begins with a group meeting in the swimming area, followed by insights from an animal care specialist, and a one-on-one interaction with a dolphin. Want to try your hand at being a trainer? The Trainer for a Day VIP experience includes a second interaction and private photo session with two dolphins, alongside the opportunity to feed the fish in the Grand Reef and a private session at the otter habitat. 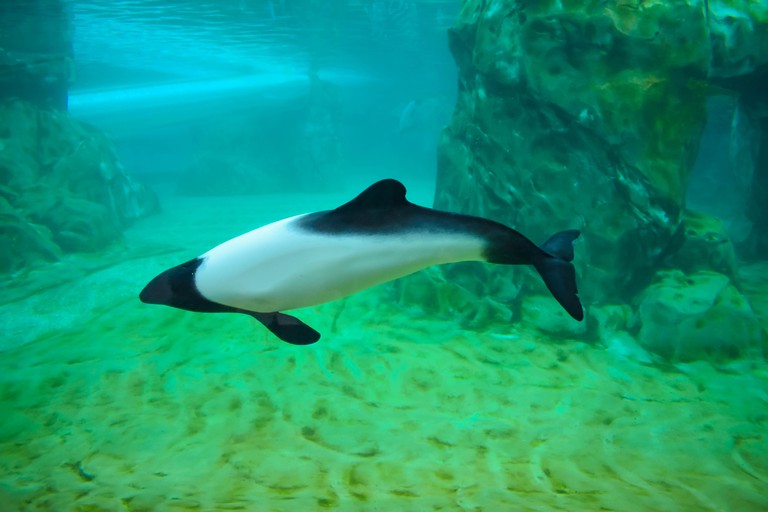 © VIAVAL / Alamy Stock Photo
Swimming with dolphins is given a high-octane twist at Aquatica Orlando with the popular Dolphin Plunge waterslide. The twin slides corkscrew through complete darkness before emerging into an underwater world that includes a pod of black-and-white Commerson’s dolphins – which are known to race alongside you as you zoom past. Want an even closer look? The Commerson’s Close-Up starts with a look inside the habitat, which also houses fish and leopard sharks, then goes behind the scenes at the dolphins’ restaurant-quality fish kitchen and offers a 15-minute interaction experience with a photo opportunity. 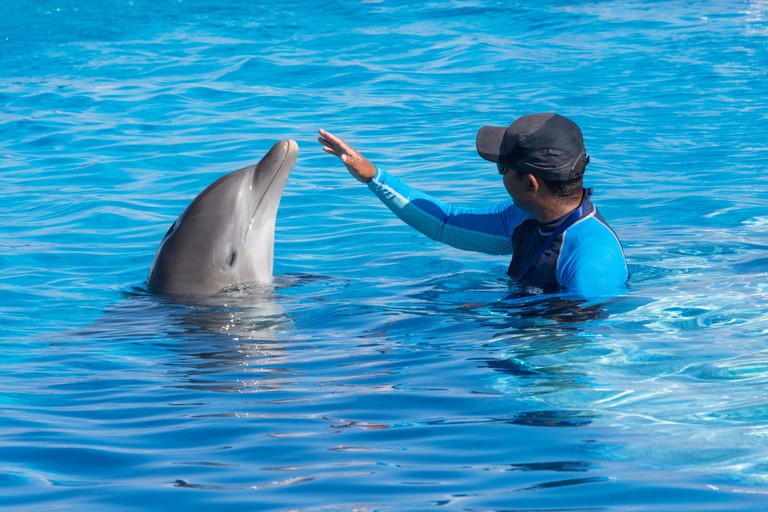 © Olga Mendenhall / Alamy Stock Photo
This 38 acre (15ha) oceanarium located on the island of Virginia Key in Biscayne Bay was founded in 1955, and is one of the oldest oceanariums in the country. It also offers a range of dolphin experiences, ranging from affordable 10-minute sessions where you get to touch and feed a dolphin, to the 30-minute Dolphin Odyssey, which offers the opportunity to share kisses and handshakes with a dolphin, followed by feeding and a dorsal fin tow. The oceanarium also offers the opportunity to swim with seals. 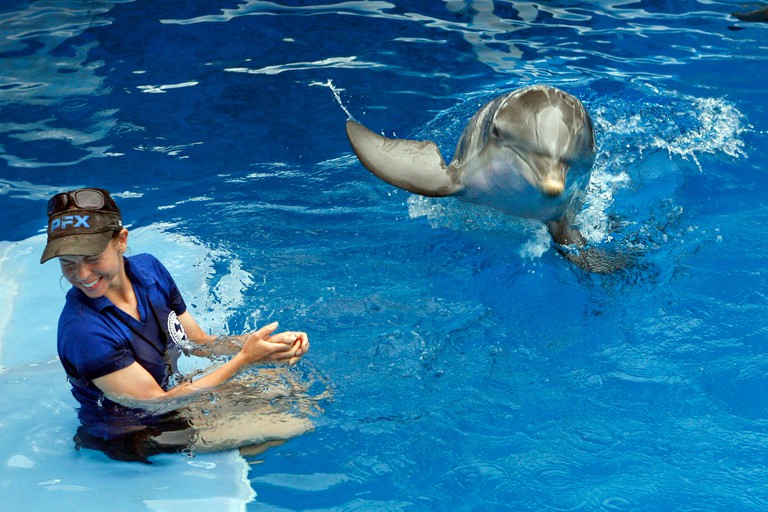 © ZUMA Press Inc / Alamy Stock Photo
The mission behind Clearwater Marine Aquarium is “rescue, rehab, release”, and the only marine life that resides permanently at the rescue center are those that have serious injuries or conditions that prevent their return to the wild. There are seven resident dolphins – including Winter and Hope, the stars of the films Dolphin Tale and Dolphin Tale 2. While you can’t swim with the dolphins here, you can get VIP access to the poolside with either the bottlenose dolphins or rough-toothed dolphins and watch them learn and play. 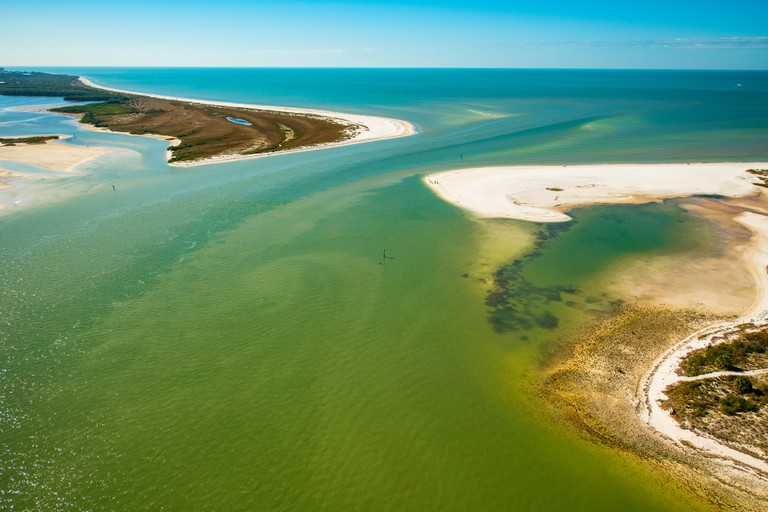 © Tom Till / Alamy Stock Photo
Prefer to see dolphins in the wild? Honeymoon Island is home to one of Florida’s best loved state parks – think 4mi (6.5km) of pristine beaches, a network of hiking and cycling trails and abundant wildlife, including the endangered gopher tortoise. The waters surrounding the island are also home to wild dolphins. If you’re lucky, you’ll get a glimpse of them playing from the shore, and they’ve even been known to show interest in surfers. There are also a number of boat tours that guarantee dolphin sightings that run from Clearwater and head out to Honeymoon Island and the neighboring Caladesi Island.

Theater of the Sea 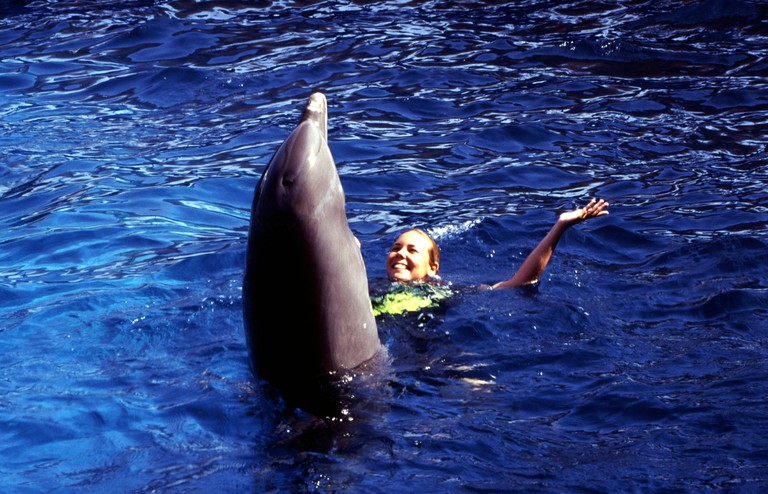 © FURLONG PHOTOGRAPHY / Alamy Stock Photo
Book Now
Located in the Florida Keys, between Miami and Key West, the Theater of the Sea is home to diverse marine life, including sea lions, sea turtles, fish, sharks, stingrays and alligators. The highlight here, however, is the dolphin experience – and there are plenty of different ways to interact with them. You can touch and interact with a dolphin while swimming and snorkeling in the lagoon; or enjoy interacting with the dolphin in shallow waters. There’s even a Paint with the Dolphin program, where you’ll help a dolphin to create a one-of-a-kind piece of artwork.

This is an updated version of an article originally by Melissa Sherrard.

Looking for more recommendations? There are plenty of things to keep you busy, from exploring the most beautiful gardens in Orlando to enjoying natural wonders such as the best springs and the best beaches around. Make a weekend of it and bring the whole family along; everyone will enjoy these unusual things to do or if you’d rather keep the activities to a minimum, treat yourselves to a delicious meal at one of the best restaurants in Orlando.