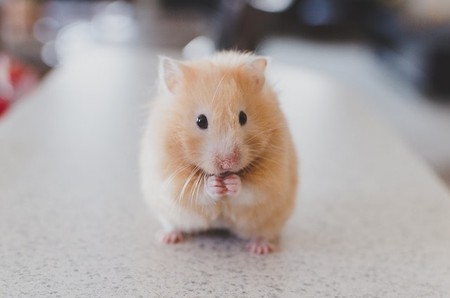 A student says she was forced to flush her emotional-support hamster down the toilet after being told she couldn’t fly home with it, and is now considering suing the airline for causing her emotional distress.

Belen Aldecosea, a 21-year-old student from Fort Lauderdale, Florida, was flying home from her college in Baltimore and had been told numerous times prior to boarding that she was allowed to bring her hamster, Pebbles, with her onto the plane. 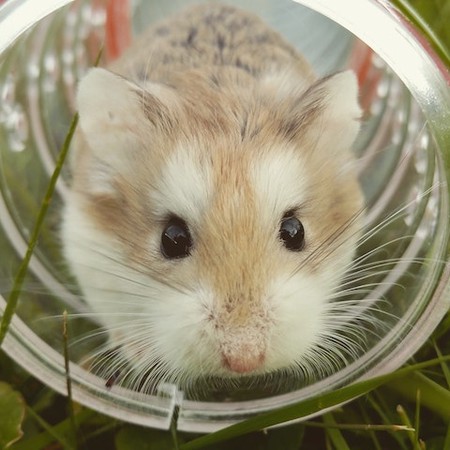 Spirit Airlines does not allow hamsters on board | © My Name / Unsplash

Aldecosea says that she called Spirit Airlines twice before her trip to make sure that she was allowed to bring her ‘medically certified’ emotional-support hamster along for the flight, and was assured that it was fine.

But on arrival at Baltimore-Washington International Airport on November 21, she was told that the budget airline didn’t allow rodents on the grounds of health and safety.

She says an airline representative suggested flushing Pebbles down the toilet or setting him free outside, which Spirit denies happened.

Panicked, Aldecosea agreed to be put on a later flight to try to deal with the issue. She tried unsuccessfully to rent a car to drive home or to leave Pebbles with a friend in Baltimore.

Needing to get home for a medical appointment and having agonised for hours, she made the unthinkable decision and flushed Pebbles down the toilet. 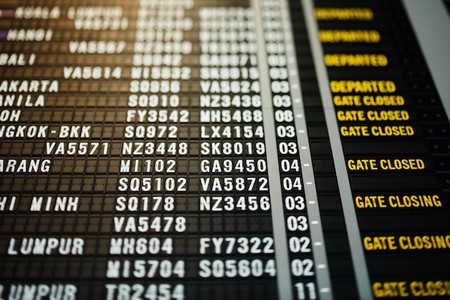 Aldecosea was panicking in the airport | © chuttersnap / Unsplash

‘She was scared. I was scared. It was horrifying trying to put her in the toilet,’ Aldecosea said. ‘I was emotional. I was crying. I sat there for a good 10 minutes crying in the stall.’

She decided on the course of action as she didn’t want to set the dwarf hamster free where it could freeze or starve to death.

She is now considering a lawsuit against Spirit and blames them for allegedly pressuring her to kill her pet.

The airline says that no staff member ever told her to dispose of her animal, although they did concede that the woman was mistakenly told she was allowed to bring the furry creature aboard the plane.

Spirit Airlines spokesperson Derek Dombrowski said: ‘To be clear, at no point did any of our agents suggest this guest (or any other for that matter) should flush or otherwise injure an animal.

‘Our reservation representative, unfortunately, did misinform the guest that a hamster was permitted to fly as an emotional support animal on Spirit Airlines.’

Aldecosea claims she emailed the airline to complain about the incident and that she was offered a voucher for a free flight to certain cities a few days later, which she declined.

Emotional-support animals have a become a hot-button issue in recent years, with many grumbling about the loophole in the law that allows pet owners to claim their animals as an emotional support and bring them on planes, rather than transporting them in the hold. From 2016 to 2017, American Airlines recorded an increase of more than 40 per cent of customers flying with a service or support animal. 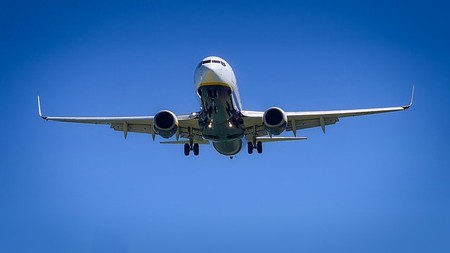 The Transportation Safety Administration (TSA) has no problem with hamsters. Speaking to the Miami Herald, spokesperson Sari Koshetz said: ‘Hamsters are welcome in our checkpoint. Their container would typically go through the X-ray while the owner would hold the hamster as the passenger walks through the metal detector so the creature is not subjected to radiation.’

Different airlines have different regulations about emotional-support animals, and Spirit Airlines doesn’t allow rodents because of health and safety concerns, although they may allow cats and dogs.

Aldecosea had Pebbles certified by her doctor as an emotional-support animal and carried the medical certificate with her to the airport.

A graduate of Miami Beach High, Aldecosea played volleyball for Barry University before transferring to Wilson College in Chambersburg, Pennsylvania. During her first semester there she developed a painful growth in her neck, leading her to fear that she had cancer.

She bought the hamster to distract her from the stress. ‘She was so loving. It was like she knew I needed somebody,’ Aldecosea said.

She learned that the growth was benign in November, but it was still painful. She withdrew from school and was flying home hoping to have it removed.

Aldecosea, who is now a student at Texas State University, said: ‘They gave me the wrong information more than once.’

She was told twice over the phone that she would be allowed to bring Pebbles on the flight, and the Spirit agent at check-in had no problem with the hamster.

It was only as she walked towards the security checkpoint that another Spirit employee flagged her down, saying that she wouldn’t be allowed to bring her pet on board – and that she couldn’t put her animal in the cargo hold either.

‘I didn’t have any other options,’ Aldecosea said.