All too often it seems as if the world is falling apart. We hear it, watch it, live it every single day; the news of killings, hatred, corruption, greed… essentially all that is wrong with our modern society is laid out in front of us. And sometimes these divisive elements get the best of us and we become alienated, socially and emotionally, from our neighbors and fellow citizens. Other times however, in what may feel like an ironic twist of fate, tragic circumstances render us emotionally susceptible to opening our hearts, learning valuable lessons, and strengthening our bonds with each other and within our community.

This week the City of Miami, those in the baseball world, and Cuban American citizens everywhere are feeling these emotions stronger than ever, as they come together to mourn the loss of a truly inspirational and talented young man.

Three days ago, major league baseball pitcher and Cuban-born American Jose Fernandez, age 24, passed away in the early hours of Sunday Morning. Fernandez was out on his beloved fishing boat with two friends, Eddy Rivero and Emilio Macias, when they accidentally crashed the boat into a jetty. This article is dedicated to Jose Fernandez’s life and legacy. 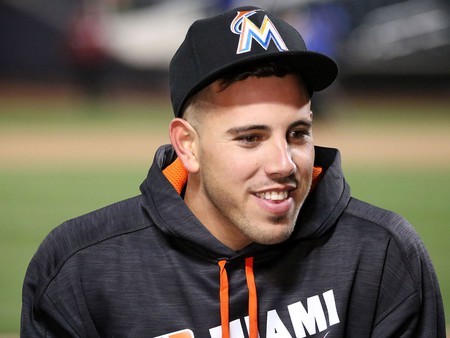 Jose Fernandez was born on July 31, 1992 in Santa Clara, Cuba, a place where he would learn to love baseball and make lifelong friends that would eventually follow a similar path to Major League success. Jose tried (unsuccessfully) to defect from Cuba three times and each attempt resulted in a prison term. Determination, patience, and a willingness to lead a better life finally paid off in 2007, when Fernandez, along with his mother and sister, where able to defect and come to the United States. On that boat passage from Cuba to Mexico something remarkable happened that would forever define Jose Fernandez as a brave and powerful young man. His mother fell overboard when the boat came across some turbulent waters and, without thought for his own safety, a 15 year old Jose Fernandez dived right in after his mother and saved her from drowning.

By 2008, Fernandez and his family were living in Tampa, Florida, where Jose attended Braulio Alonso High School. Playing on the high school baseball team, Fernández was part of the Florida Class 6A state champions in his sophomore and senior seasons. As a senior, Fernández pitched a 13–1 win–loss record with a 2.35 earned run average (ERA) and 134 strikeouts. He also threw two no-hitters. He was certainly a stand-out pitcher, with incredible control and untouchable heat. 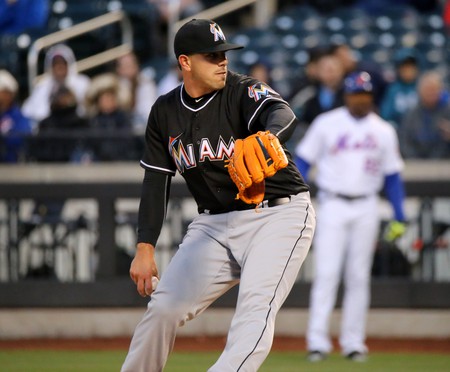 But, as many of his former teammates will tell you, what made Fernandez a truly amazing selection for the Miami Marlins in the 2011 MLB draft was not his talent but his charisma, team spirit, and infectious laughter. This was a guy that would spend the next five years of his life doing what he loved and going about his business with true class. Fernandez carried himself with a sense of humility, professionalism, and friendliness. His amazing attitude made people take notice; anyone that met Jose would recognize the value of his character and come away feeling glad they had met him. 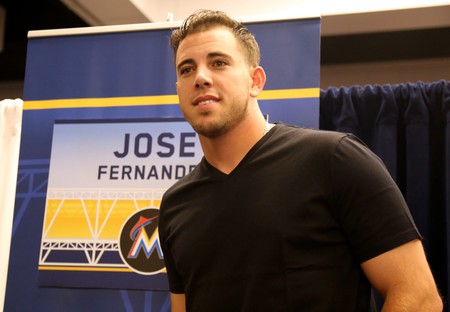 After two seasons of absolute domination in the minor leagues, Jose Fernandez made his Major League debut for the Miami Marlins on April 7, 2013, against the New York Mets. And what a dream start it was. Fernandez pitched five innings, giving up only three hits and one run, striking out eight batters. At the age of 20, this performance put him into quite an exclusive club, becoming only the seventh pitcher under the age of 21 to record at least eight strikeouts in his MLB debut since 1916. Three months later, on July 6th, Fernandez would pitch a perfect sixth inning for the National League All Stars, and strike out two future hall-of-fame opponents, Dustin Pedroia and Miguel Cabrera, in what would become a memorable occasion for the young 20 year old phenom.

Success is to be measured not so much by the position that one has reached in life as by the obstacles which he has overcome while trying to succeed. #JDF16 #Stadium-work

Looking threw the records and statistics on Jose Fernandez’s Wikipedia page, one thing stands out. He seems to have the record for being the youngest pitcher to achieve everything! His rookie season is considered historic by many baseball analysts, which makes his death that much more tragic, leaving it only to our imaginations to decide what this talented pitcher could have accomplished. Fernandez was a beast, there’s no doubt about it. His personality made Miami fall in love with him; but lets get one thing straight, it was his right arm that got everyone’s attention. Jose finished his rookie season with an adjusted ERA of 174, which put him in the top 10 all-time for pitchers under the age of 21. He was only the fourth pitcher to do this in the last 100 years!

Jose was a family man until the end. He loved his mother and sister dearly but had an exceptionally close bond with his grandmother, Olga, whom he was finally reunited with in 2013 after having not seen her for six years. He leaves behind a girlfriend, Carla Mendoza, who had recently announced that she is pregnant with their child. It’s never easy reconciling with death. When a bright, loving, and talented young man dies in such a way, there are two things that must happen; grieving and honoring his legacy. Even for those here in South Florida who don’t follow baseball, it’s hard not to feel the pain and emptiness that Miami has been left with. Moving forward, the best thing we can do is to represent ourselves like Jose represented himself. Jose Fernandez will not have died in vain if those who knew him, or knew what type of a man he was, decide to live their life with the same exuberance, passion, and love that he showed on and off the field. Rest in peace Jose.