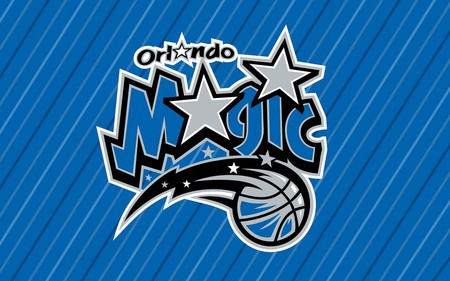 Orlando, Florida, may be known as theme park central, but it’s also home to several professional sports teams. Some of these professional teams you may have heard of, others maybe not – to make sure you’re up-to-date on all matters sport, check out our list of national league teams that call “The City Beautiful” home.

Orlando Magic is perhaps the city’s most famous professional sports team, despite it being a relatively young team in the National Basketball Association. Several famous players, like Shaquille O’Neal, Tracy McGrady, and Dwight Howard, have donned the blue, silver, and white colors, and the team has enjoyed several successes, including a trip to the NBA finals in 1995, since its founding in 1989. The iconic basketball franchise plays home games at the Amway Center, located in the heart of downtown Orlando, and it belongs to the NBA’s Eastern Conference Southeast Division. The Orlando Magic enjoys a friendly “Sunshine State” rivalry with Miami Heat.

One of the latest professional sports teams to call O-Town home is Orlando City Soccer Club (SC), the 20th team to join Major League Soccer. Founded in 2015 after a decades-long campaign to find investors, Orlando City SC has a roster of talented international players that have played in European and South American leagues, including Ricardo Kaka, a world-class player from Brazil who has played in the World Cup. The professional footballers now play in the new Orlando City Stadium that was completed in early 2017 – they played previous games at the Orlando Citrus Bowl Stadium – and the team colors are purple and white.

O-Town’s first professional women’s full-tackle football team, Orlando Anarchy, was founded in 2010 and plays in the Women’s Football Alliance. Orlando Anarchy made it to the 2017 WFA Bowl Weekend and became the 2017 WFA Tier III National Conference Champions. Orlando Anarchy home games are held at Trinity Preparatory School in the Winter Park neighborhood, as the pro team aims to provide opportunities for female football players to participate full-tackle games in a safe, empowering environment.

The first professional women’s soccer team to call “The City Beautiful” home is Orlando Pride, which recently became the 10th member of the National Women’s Soccer League. The team’s roster features famous players Alex Morgan and Kaylyn Kyle, as well as an international mix of talented footballers. Orlando Pride shares the Orlando City Stadium and royal purple colors made famous by the city’s professional men’s team, but their team logo, based on the iconic Lake Eola fountain, is all its own.

While Orlando, Florida, doesn’t have a major league sports team of its own (the city was a finalist in the 1993 and 1998 Major League Baseball expansions, but lost both times) it does have the honor of hosting the Atlanta Braves during spring training. The MLB team trains at Disney’s ESPN Wide World Sports Complex, and you can catch them playing practice games at Champion Stadium.