Orlando's 10 Most Impressive Buildings to Check Out

Orlando's 10 Most Impressive Buildings to Check Out

Courtesy Orange County Convention Center
Sure, Orlando is a relatively young city in comparison to others around the world, but it still bears some pretty impressive architecture. From impressive geodesic spheres at a theme park to Victorian homes, here are 10 of Orlando’s most impressive buildings worth checking out.

Museum, Historical Landmark
Courtesy Waterhouse Museum | © Kelly Canova Photography
Originally built in 1884 by pioneer settler and builder William H. Waterhouse as a home for his family, the home has been restored to showcase the lifestyle of a middle-class family during the Victorian Era. Today the home, listed on the National Register of Historic Places serves as a museum.
More Info
Open In Google Maps
820 Lake Lily Drive, Maitland, Florida, 32751, USA
+14075392181
Visit website

Visitors are welcomed by a grand staircase and ambiance lighting as they step foot inside the majestic Dr. Phillips Center for the Performing Arts. The expansive state-of-the-art building invites guests to fully experience the arts with an open floor plan, seamlessly flowing from the lobby to theaters, for the full art experience. Even the grounds of the landmark set the stage for the remarkable facility, which presently houses three theaters—the 2700-seat Walt Disney Theater, the 290-seat Alexis and Jim Pugh Theater for smaller performances, and the 1700-seat acoustic Steinmetz Hall, which is anticipated to open in early 2020.

Art Gallery, Building
Rogers Building | © Ebyabe/WikiMedia Commons
Built in 1886, the Rogers Building, also known as the English Club, may seem a bit out of place in its surrounds. The building is named after Britain native Gordon Rogers, who at the time wanted to build a new English Gentleman’s Club. Rogers enlisted well-known architect William H. Mullins to construct a Queen Anne style building. The original cypress wood has been covered with imported pressed zinc plates, and this unique building was added to the U.S. National Register of Historic Places in 1983.
More Info
Open In Google Maps
Orlando, Florida, USA
Visit website

This historic house, tucked among botanical gardens, exudes charm. Built in 1893 by Col. Peckham as a wedding present for his daughter, the home was later purchased by Florida’s great citrus magnet, Doctor Philip Phillips and his wife Della in 1912. After undergoing renovations and discovering the original architecture detail, the home is now a bed and breakfast. 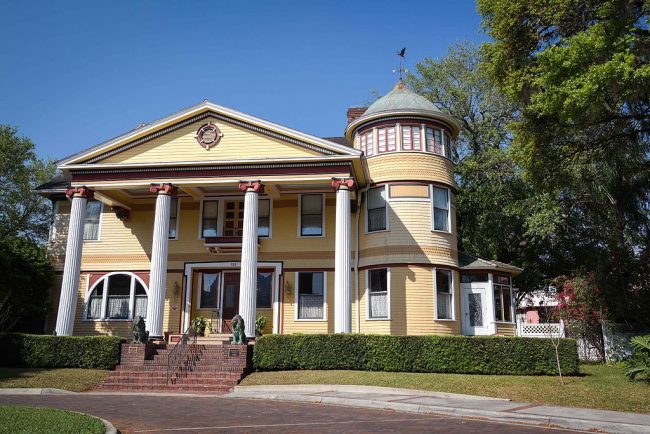 One of Walt Disney World’s most iconic structures, the 18-foot geodesic sphere emblazes the Epcot Horizon. Resembling a giant golf ball, the complete sphere contains 11,324 silvered facets. The structure was designed with the help of science fiction writer, Ray Bradbury, and houses a 15-minute ride transporting guests back in time. 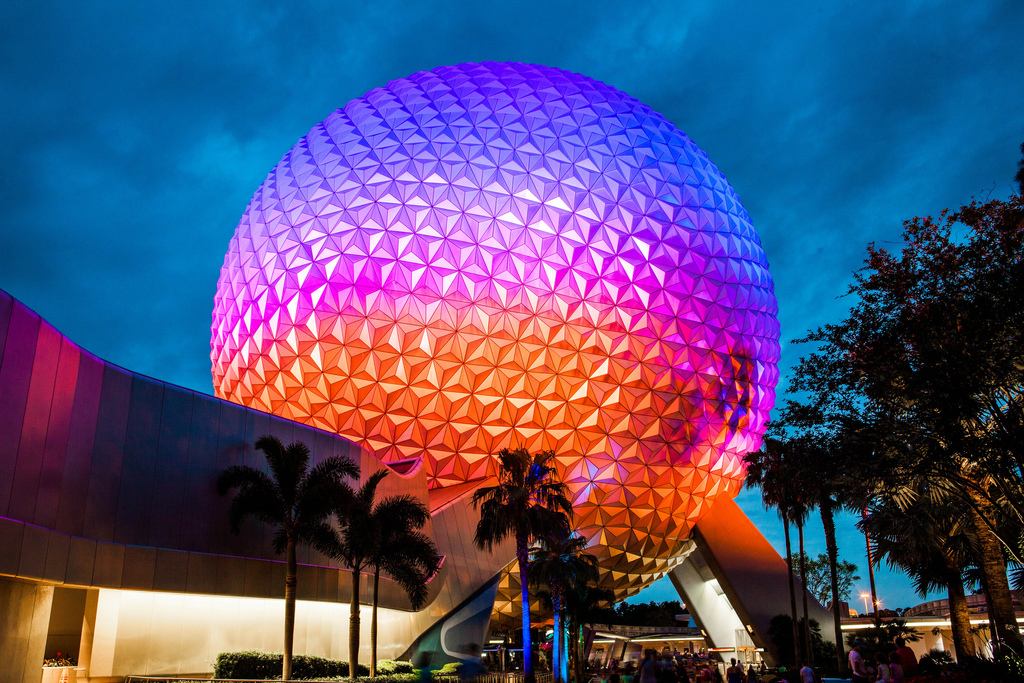 Church, Memorial, Building
Knowles Memorial Chapel | © Courtesy Rollins College/Flickr
Nestled among the beautiful grounds of Rollins College in Winter Park, sits the breathtaking Knowles Memorial Chapel, a historical Mediterranean revival building, one of the oldest and most beautiful in the state. The chapel was built between 1931 and 1932, by famed church and collegiate architect Ralph Adams Cram, who also built the chapel on the campus of the university of Notre Dame. Be sure to visit the inside of the chapel, as the organ, also built in 1932, is just as spectacular.
More Info
Open In Google Maps
1000 Holt Avenue, Winter Park, Florida, 32789, USA
+14076462115
Visit website