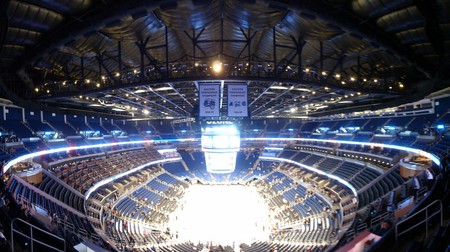 Orlando may have risen to fame as “theme park capital of the world,” but the central Florida city is also home to several fantastic sporting venues that regularly hold major games as well as concerts, shows, and other events that call for a truly special space. Here’s our guide to the top spots in town.

The ESPN Wide World of Sports Complex at Walt Disney World in Orlando comprises 230 acres of professional, state-of-the-art facilities to accommodate more than 60 different sports. The ESPN Sports Expo Complex has hosted thousands of sporting events for athletes of all ages and ability levels, and offers visitors the opportunity to train in a grand, contemporary athletic setting. The sports venue’s 9,500-seat Champion Stadium is the spring training home of the Atlanta Braves, and the permanent home stadium for the Rookie-league GCL Braves.

Perhaps the most iconic sports venue in Orlando, Florida, is the Amway Center, home arena for Orlando Magic of the National Basketball Association, as well as Orlando Solar Bears of the East Coast Hockey League. The Amway Center has held several basketball and ice hockey All-Star games, as well as several rounds of college basketball tournaments. When there’s not a major sporting event, the Amway Center often hosts concerts and other performances that need the amenities of a world-class, indoor entertainment complex.

A truly impressive sports venue in Orlando, Florida, is the YMCA Aquatic Center, which features a 50-meter (164-feet)-by-25-yard (23-meter) natatorium, a separate 25-meter (82-feet)-by-25-yard (23-meter) diving well, and a 25-yard (23-meter) teaching pool. It’s one of the largest indoor competitive swimming facilities in the United States southeast area, and the first swimming venue to have a hydraulically retractable roof. The center’s “fast pool” has been the site of several world and American records being set, and the venue regularly hosts regional, national, and international competitions. In addition to swimming, the Orlando’s YMCA Aquatic Center offers racquetball courts, a workout room, and a martial arts center.

One of Orlando’s best sporting venues that you have to check out if you have the chance is Knights Plaza at the the University of Central Florida (UCF) Athletic Village. The Athletic Village is home to a number of spots including the UCF Soccer and Track Stadium, a 2,000-seat, multi-purpose stadium that hosts events for the Knights’ soccer, track and field, and cross-country teams; John Euliano Park, the home field of Knights baseball; the CFE Arena, the indoor arena of Knights basketball; The Venue, home of the Knights volleyball program, and Spectrum Stadium, home of the Knights football team.