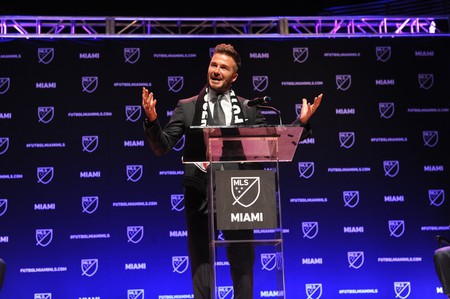 Major League Soccer is officially coming to Miami. The league announced Jan. 29 that the Florida city will be home to its 25th franchise, expected to begin play for the 2020 season.

The announcement comes nearly four years after former soccer star David Beckham exercised his option to start an expansion club in the city. As part of his contract with the Los Angeles Galaxy signed in 2007, Beckham was given the opportunity to start a new team for a discounted expansion fee of approximately $25 million, but issues—mainly finding a suitable stadium site—resulted in delays.

“Our mission to bring an MLS club to Miami is now complete, and we are deeply satisfied, grateful and excited,” said Beckham, who becomes the first former MLS player to own a team in the league. “Our pledge to our fans in Miami and around the world is simple: your team will always strive to make you proud on the pitch, our stadium will be a place that you cherish visiting, and our impact in the community and on South Florida’s youth will run deep.”

Beckham, who starred for Manchester United FC, Paris Saint-Germain FC, Real Madrid CF, and AC Milan, said the team will focus on building up its academy program while working with the community to develop a name and colors.

MLS, which began play in 1996 with 10 teams two years after the United States hosted the 1994 FIFA World Cup, has seen rapid growth and expansion in recent seasons. The league doubled its clubs less than 10 years later by adding New York City FC and Orlando City SC to the fold in 2015.

The top professional soccer league in the United States added Minnesota United FC and Atlanta United FC for the 2017 season, and will introduce Los Angeles FC for 2018. MLS recently announced Nashville as its 24th franchise with another—either Cincinnati, Sacramento or Detroit—set to be announced in March.