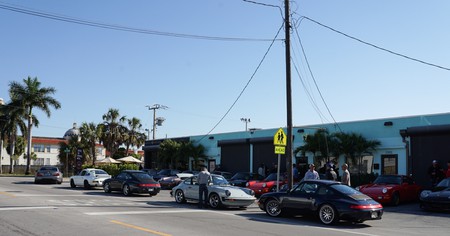 Cool neighborhoods are not always forged by artistic communities; sometimes they’re engineered for success by real estate developers. It was property mogul Tony Goldman, for example, who transformed Wynwood into Miami’s famous street-art district with the launch of the Wynwood Walls. Now, husband and wife developer team Ashley Abess and Matthew Vander Werff are poised to elevate another of Miami’s forgotten neighborhoods: Little River.

Once upon a time Little River was a bustling town unto itself, connected by a train line to Miami proper. That changed in the years after WWII, with the introduction of the interstate system (which allowed people to bypass the town en route to Miami) and the heyday of suburban malls. Businesses shuttered and a criminal element was able to flourish. But Little River’s accessible waterside setting and historic property had clear potential to Abess and Vander Werff, who missed the everything-good-on-your-doorstep vibe of their previous base in Brooklyn, New York.

In 2014 the couple began buying as many properties as they could, as fast as they could, and as anonymously as they could – turfing out illegal chop shops and drug dealers in the process. Obtaining “critical mass” stealthily helped them avoid competition from other developers, ensuring rents would remain stable – no unsustainable gentrification boom. And crucially, they would have full control over the kinds of businesses they wanted to populate the storefronts.

While Little River isn’t nearly as busy as Wynwood, it does have much more of an edited, cohesive feel. The couple courted both big-name brands and local ones looking to launch their dream businesses. And it’s clear this is the start of something the city doesn’t currently have: a walkable neighborhood that offers local culture, entertainment, curated shopping and new-wave dining without the rowdy bottomless brunches. These visionary businesses are putting Little River on the map once more.

Part of the Forty Five Ten brand, 4510/SIX blends fashion and art with a selection of items that encompass both high-end luxury labels and emerging design talent. The aesthetic is experimental and irreverent – think an incense burner shaped like a spherical monster with gold horns, a rainproof cami dress or sunglasses Elton John might wear. Each of the brand’s seven stores takes inspiration from its neighborhood. Fittingly, the Little River location, with its whitewashed walls and hot pink hanging rails, focuses on up-and-coming designers in apparel, interiors, accessories and art.

The Center for Subtropical Affairs

The Center for Subtropical Affairs is dedicated to civic ecology – the web of resources, energy and interactions provided by citizens for the common good of their community. In addition to education and career training around sustainability, conservation and environmental health, the center offers lectures and workshops from botanists as well as evening entertainment in the form of live music and farm-to-table dinners. It’s also a beautiful place to learn about the edible plants of Florida, from pineapples and dragon fruits to banana flowers (which taste like artichokes when boiled) and oyster mushrooms. 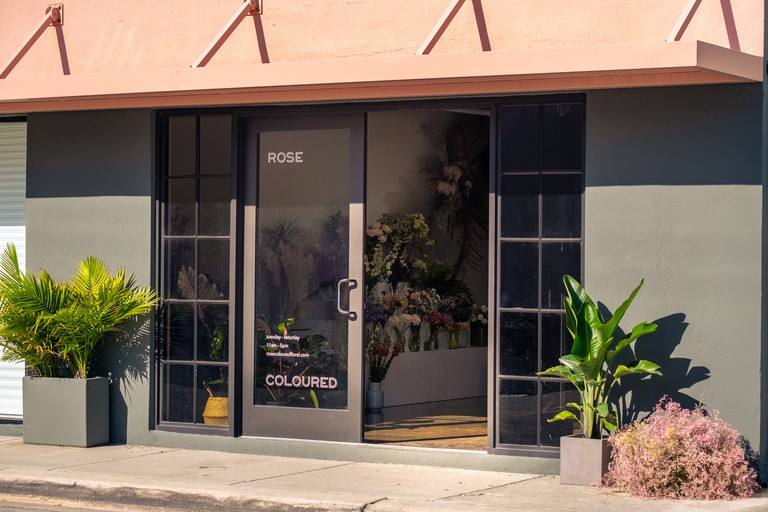 Any neighborhood worth its salt needs a dreamy botanical store of some description, and Rose Coloured Floral fits the bill for Little River. Owner Sara Rose Darling has a background in fine art and art history, which is evident in the intricacies of her conceptual arrangements. Primarily, Rose Coloured creates bespoke floral bundles for events and weddings, but the store is also a beautiful (and beautifully scented) place to browse and chat about flora, foliage and herbs. Arrangements past and present fill the space alongside containers full of exotic wildflower blooms. 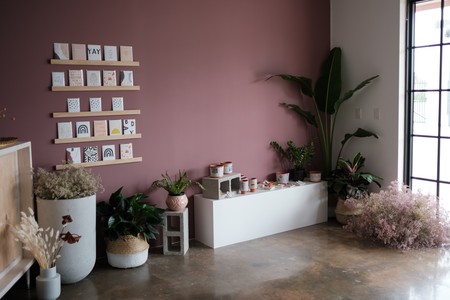 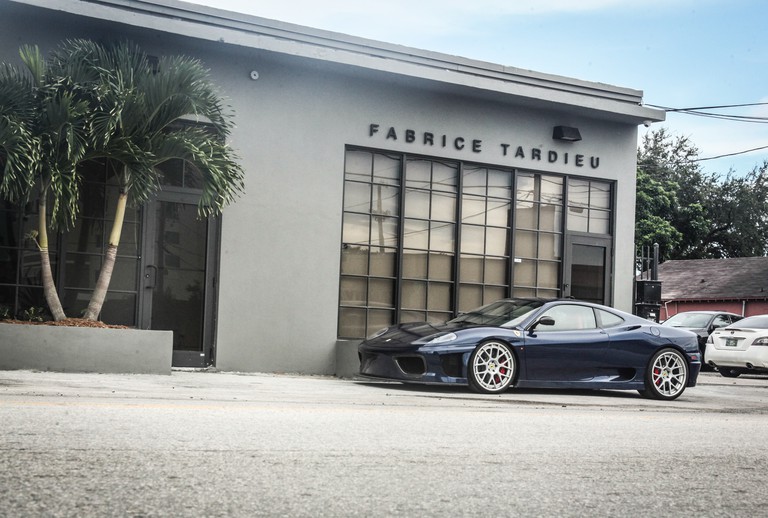 Haitian-born designer Fabrice Tardieu learned his trade at a young age; his parents owned a small shoe factory in Port-au-Prince, and Tardieu would dabble in custom creations as a child. After cutting his teeth at Giorgio Armani in Paris, he launched his own footwear label with designs handmade in an Italian factory. At the Little River store, which borders Little Haiti, you’ll find distinctive patterned leather sneakers inspired by street culture in Miami, London, Paris and New York. Look out for Tardieu’s signature Graffiti collection emblazoned with his life motto: “One Battle at a Time, One Day at a Time.” 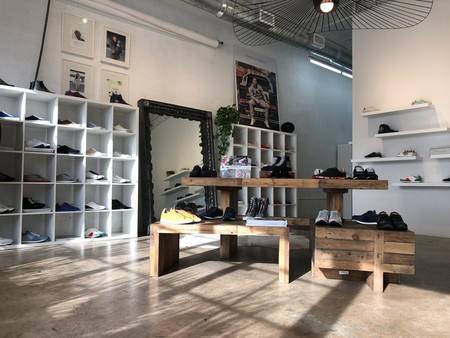 Kansas City native Bill Brady studied at New York’s School of Visual Arts before moving to Miami and opening his own gallery in Little River. Brady focuses on showcasing the work of local artists like painter Austyn Weiner, as well as emerging artists from elsewhere, including Brooklyn-based Michael Kagan, whose series ‘We Have Felt The Ground Shake’ contains abstract depictions of astronauts from the moon expeditions. 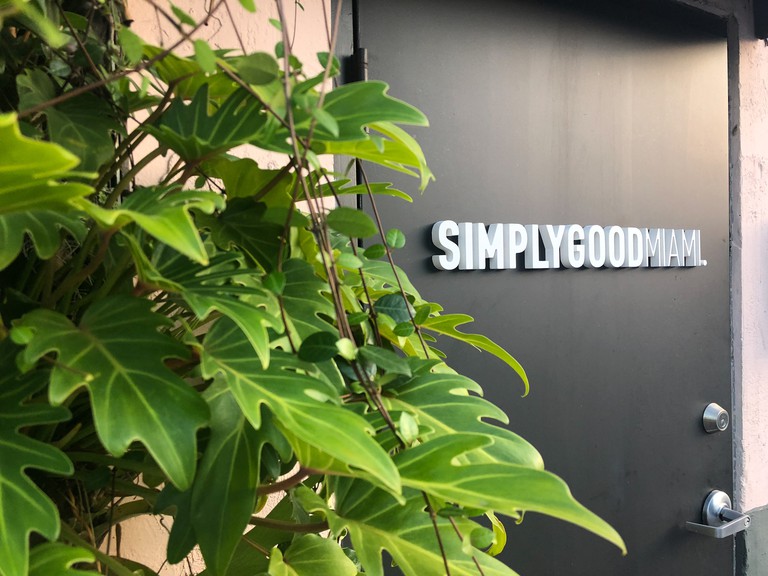 This healthy café is beloved for its plant-based menu of “fully loaded” toasts, salads and vegan desserts. The vibe here is casual, with round tables, walls covered in art and hanging planters spilling over with greenery. Try a rainbow-hued entrée, like a bowl of beetroot hummus, avocado, shaved rainbow carrots and spicy moringa groats, and be sure to save room for something sweet. The café’s desserts are all dairy- and egg-free, and include delicious-sounding ingredients like chia berry jam and caramelized banana. 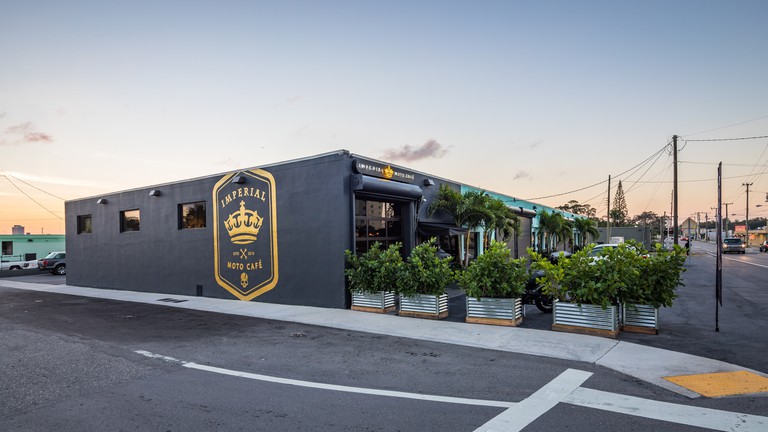 Behind the black facade of Imperial Moto you’ll find a multi-purpose venue that blends premium coffee with motorcycle culture. Imperial is dedicated to building and showcasing café racers – lightweight, speedy motorcycles that got their name from 1960s Europe, when they were a popular mode of transport to zip from one café hang-out to the next. There’s also a Counter Culture coffee bar with seating and, in the back, an attached outpost of trendy men’s-hair experts J&H Barbers. 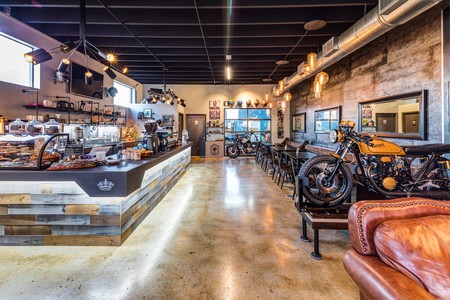 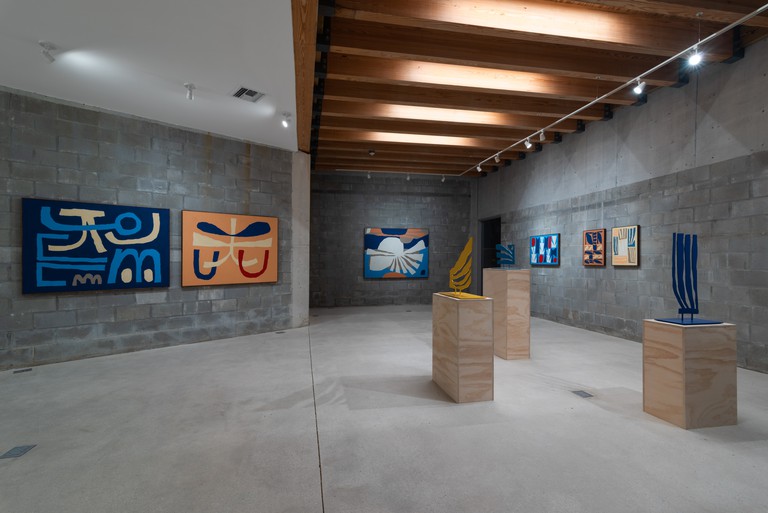 This intimate art gallery in a gleaming-white modern home in Little River bills itself as “a context and research driven curatorial collective dedicated to public art.” Upstairs is a residential loft for the owners of Primary, while the downstairs space functions as a gallery showcasing the work of emerging artists including Cody Hudson, Carlos Betancourt and Derrick Adams. Don’t forget to make friends with the resident dog, a teeny chihuahua named Elephant.