Behind the Legacy of Little Havana's Cuba Tobacco Cigar Co. in Miami 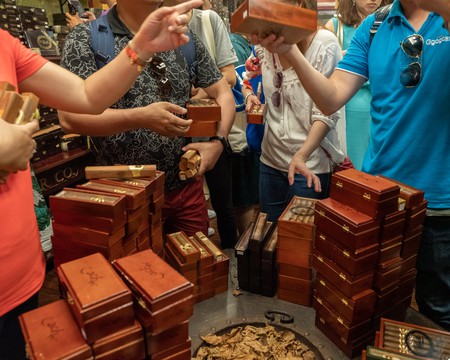 Based in Little Havana, the Cuba Tobacco Cigar Co. is Miami’s oldest cigar factory, working from a century-old family recipe.

Pedro Bello takes a long drag of his cigar as he watches the rain fall outside his Little Havana cigar factory. The local retail and production outlet complements his international cigar-making operation in Nicaragua. Tall and lean, his skin tanned caramel from the usually blistering Miami sun, Bello confides he smokes 10 cigars a day, usually one of the stronger blends from his eight cigar brands.

“Every Cuban cigar family has their own blend, which is always kept a family secret,” says Bello. “The time we take, the process, the way we make our cigars – it’s a really premium cigar. Once we put our last name on the brand, we make sure it doesn’t have any competition.” 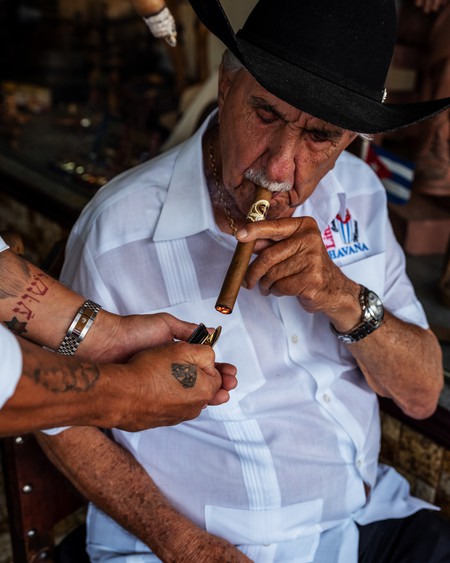 Bello’s recipes are over a century in the making, a legacy that began with his great-grandfather, who survived a life-changing political revolution and managed to remain relevant despite increased competition from deep-pocketed tobacco brands. Cuba Tobacco Cigar Co., the Bello family’s boutique cigar factory, is the oldest in Little Havana, and produces about 100 hand-rolled cigars per day.

Inside the Little Havana shop, a cigar roller carefully smoothes out the leaves, bunching them tightly together before wrapping them around their signature blend of tobacco. The cigars are then pressed inside a marble mold before being boxed and sold to scores of cigar aficionados, hailing from distant parts of the globe. 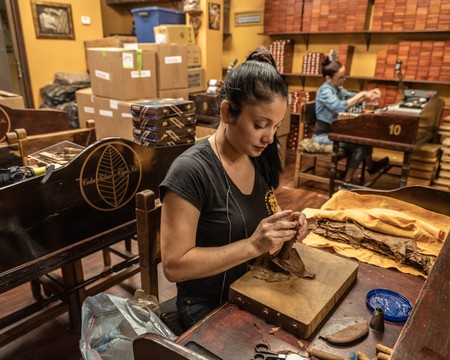 This languid, arduous technique is the last step in a long process to create a Cuban cigar, explains Bello. “Just like a fine wine, tobacco needs to rest. The process that we use with our raw tobacco is the same my great grandpa, grandpa and father would use. It cures for two to three years, then rests for one year after the cigar is made. By the time it reaches the consumer, it is 100 percent cured tobacco,” he says.

The Bello family’s passion was ignited back in 1896, when Pedro Bello’s great-grandfather, also named Pedro, immigrated to the Las Villas province of Cuba from the Canary Islands in Spain. “He learned how to plant tobacco in Spain – at the time the economy was really bad, and most people in the Canary Islands were working tobacco fields,” Bello explains. “He immigrated to Cuba because he was looking for better weather and better soil to grow tobacco.” 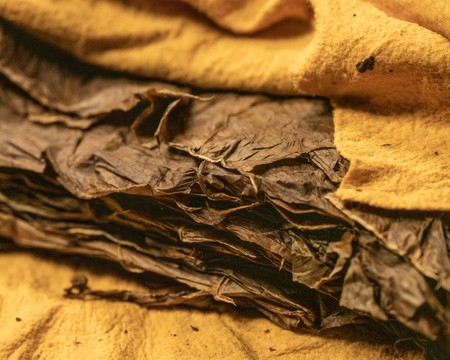 In Cuba’s lush terrain, tobacco seeds were easily cultivated and harvested, and the elder Bello used techniques he learned in Spain to cure the tobacco, such as dipping the product in red wine to cut their bitterness. “He was growing good tobacco and became very famous, and the people buying it encouraged my grandfather to open his own factory,” Bello says.

Soon after, the Bello family operation opened their first factory in Las Villas, where it would remain until Castro’s revolution took hold in 1959. Then, Pedro Bello III (the current owner’s father) was imprisoned for political dissidence in Cuba, where he would remain until 1979; the family fled to Miami in 1970 to start a new life away from the political turmoil in their native land.

Once Bello’s father was released and made his way to Miami, the family decided it was time to return to their roots. In 1982, the Cuba Tobacco Cigar Co. was founded in downtown Miami, where it would remain for 12 years before settling into their current location in Little Havana. 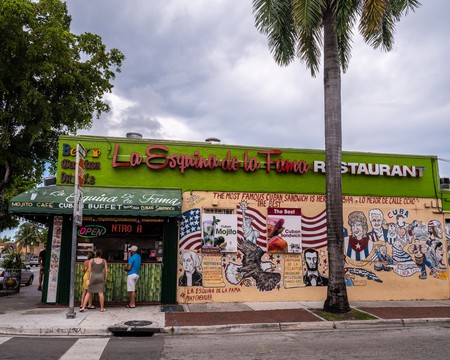 “When it comes to cigars, [Little Havana] is the right place for the cigar business,” notes Bello, as he reviews the neighborhood’s history of attracting recent Cuban immigrants for its affordability and relative underdevelopment. Beginning in the 1960s, the area acted as a refuge for scores of Cuban migrants and entrepreneurs. Slowly, mom-and-pop restaurants, Cuban art galleries and cigar shops began to line the neighborhood’s main street, Calle Ocho. 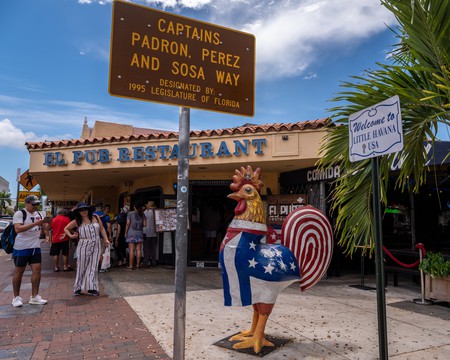 While many of their businesses remain, they are interspersed with trendier culinary destinations and bars. The Cuban resident population has largely decamped to Hialeah and Westchester, making the neighborhood predominantly Central American. The spirit of Havana, despite these changes, lives on: blaring salsa music can be heard as you walk down the street; a central plaza is brought to life with daily domino games played by guayabera-wearing Cuban exiles; and restaurants like Casa Juancho and El Exquisito welcome visitors with the faintly wafting smell of fried croquetas and frijoles. 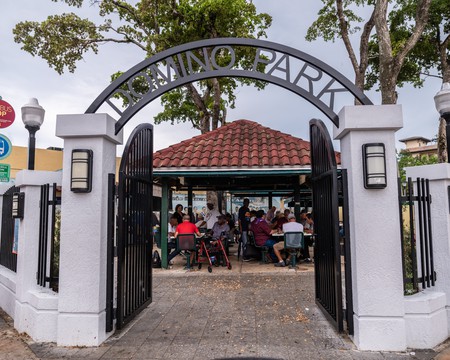 “Little Havana has changed completely,” says Bello. “It has become a tourist attraction, and we have tourists visiting from all over the world seven days a week. They come to our shop specifically because they’ve heard about the brand and want to try our special blend.”

Because of the US embargo prohibiting Cuban trade, the Bellos had to get creative with their century-old family recipe. “We used tobacco from the Dominican Republic, Nicaragua, Honduras, and Mexico, all grown from 100% Cuban tobacco seed,” Bello says, “before we were able to start growing our own tobacco in the Dominican Republic.” 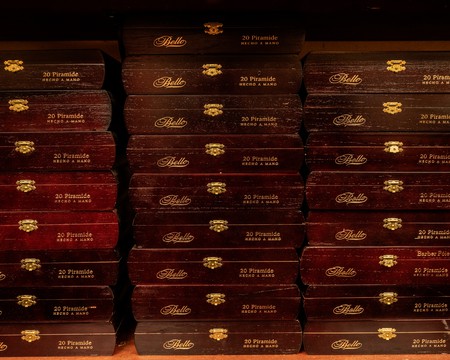 The Bello family recipes have won some of the highest honors in cigar-making, including the Crystal Leaf award for a lifetime of excellence producing cigars. Of their eight special cigar recipes, they currently produce five. Each offers a distinct flavor profile or burn time, and ranges from $3 to $45 per cigar.

“Cigars are very personal, and they’re quite personal to our family,” says Bello. “Once a cigar aficionado finds a blend and a brand they love, they’ll never stop smoking it. That’s what we aim to achieve.” 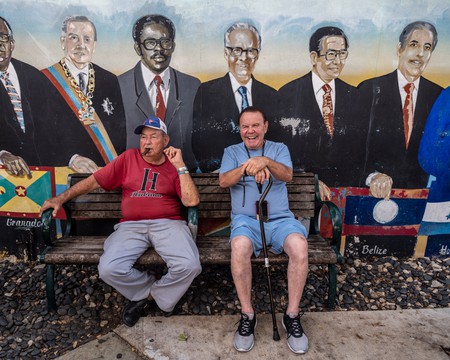 While they’d never reveal their family secret, they are intent on continuing their legacy: Pedro’s son Angelo has taken the reins of their Little Havana store, and currently manages production of their factory in Nicaragua. “I’ve been in this business since I was born, and it’s important to me personally to continue the family tradition,” says the younger Bello. “Especially in a moment where it’s difficult to find an authentic Cuban cigar in Miami, it’s great to claim that we’re the oldest and most successful cigar producers around.”