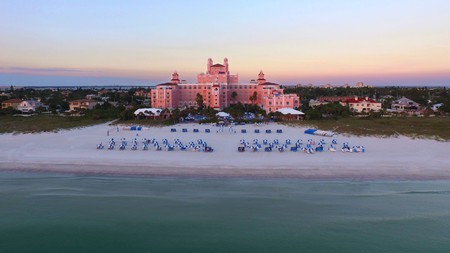 Next time someone scoffs at the idea of vacationing in Florida, ask them if they’ve ever been to the Pink Castle of the South. Once a playground for the rich and famous during the Jazz Age, it’s now one of the best-kept secrets in Florida, and is replete with stories and legends.

The Don CeSar, a Great Gatsby-era hotel built in 1928 and known as the Pink Castle of the American South, represents some of the best Mediterranean and Moorish design on the eastern seaboard. Located on the Gulf of Mexico in St Petersburg, Florida, and designed by architect Henry Dupont, the Don CeSar is one of the most historic sites in the country, with a long history of affluent guests including F Scott Fitzgerald, Franklin D Roosevelt, Babe Ruth and even Al Capone. The glittering high-society crowd that frequented the hotel was known for its prohibition-era debauchery, but today, tourists come from all over to enjoy the pink palace for its Old Hollywood glamor and tranquil beachfront setting. 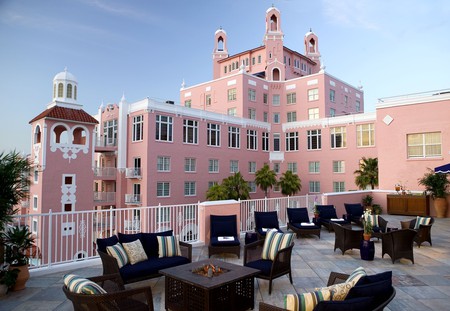 Somehow the hotel made it through the Great Depression, but almost fell derelict during World War II and in the years thereafter. In 1969, the local community established a group of investors to save it, and the hotel was reopened as a full-service resort in 1973.

Culture Trip interviewed Susan Owen, guest experience manager at the Don CeSar, to learn more about the history and design of the hotel, including its literary significance and legends.

Culture Trip: What are the important architectural details that make the hotel unique? 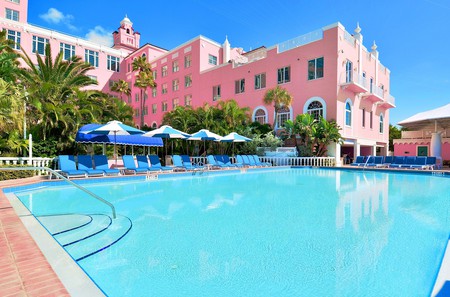 CT: Why St Petersburg, Florida? Was there a particular reason for the selection of this location?

SO: Thomas Rowe [the proprietor of the hotel] moved here for the warm weather, as the cold weather in Virginia was complicating his health issues… He was fascinated with the island, and against the advice of his friend and real-estate broker, Walter Fuller, he proceeded with purchasing the 80 acres of land and continued on to build the Don CeSar.

CT: Has the hotel ever shown up in films or literature? If so, which ones? 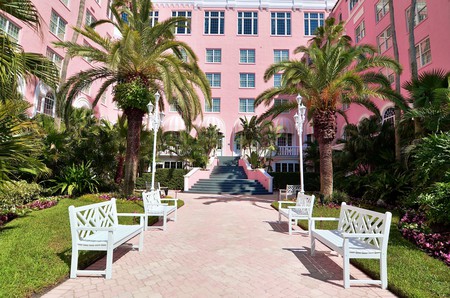 The Don CeSar is a favorite with moviemakers, appearing in a multitude of titles | Courtesy of The Don CeSar / Expedia

CT: I can picture Fitzgerald crafting the images of Daisy Buchanan and Jordan Baker here. Are there any anecdotes or tales related to famous guests of the past? Specifically Fitzgerald and Capone?

SO: F Scott Fitzgerald did some writing at the Don. Jean Orr, Thomas Rowe’s personal assistant, did typing for him… He refers to the Don CeSar as a “hotel in an island wilderness.” The fifth-floor fountain, which is no longer there, was one of the fountains that Zelda danced in after a few too many cocktails. It is said that the three-year contract to house the New York Yankees in the early ’30s is what saved the hotel. With players, club officials and media, the Yankees kept the hotel filled. On the train ride home from their first spring training in St Petersburg, Babe Ruth collapsed from reportedly overindulging his large appetite for food and drink, causing him to miss the first month of the regular season. He was suspended later that season. 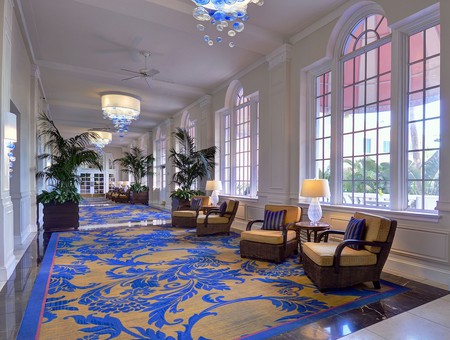 CT: Does the hotel hold any secrets? Are there any legends that may be true?

SO: Legend has it that Thomas Rowe may still walk the halls of his beloved hotel, as well as the beach.

CT: Why the pink coloring?

SO: The Don CeSar was modeled after the Royal Hawaiian in Waikiki. Rowe would tell you the hotel’s color was rouge, reminiscent of the “rosy lime mixed with mortar” that he saw in Ireland when he was a child. He found the right mixture and copied it to the stucco of the hotel’s exterior. 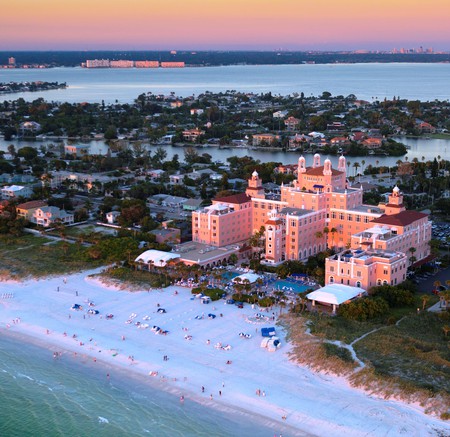 After a period of dereliction, the Don CeSar reopened in 1973

CT: What’s the most significant area or structural component that was restored in the ’70s?

SO: The hotel was in a state of [disrepair] when William Bowman became the new owner in 1972. Broken windows, peeling paint, bare corridors and a penthouse full of pigeons. Everything needed to be restored. Pane by pane, 13,000 pieces of glass were removed, the wood was scraped, repaired, replaced and repainted. Of all the jobs, this was the most tedious and time- consuming, but Bowman preserved the hotel’s original windows.

It would take 12,000 gallons of pink paint to cover the Don once the cracks were patched and all of the walls waterproofed. Significant additions during the ’70s include balconies to some of the guest rooms, and a dramatic arrival bridge and overpass over Gulf Boulevard.

Why not stay the night? Book a Florida stay at the Don CeSar with Culture Trip.