How Florida Is Embracing Rugby 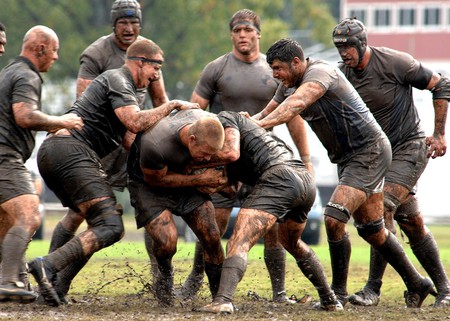 Rugby is a popular international sport, and one that has undergone many transformations since it was invented back in the mid 19th century. It’s a sport that can be played in different ways and there have been other sports that have branched off with different rules such as Rugby League, Australian rules, Rugby 7s, and International Touch. New Zealand are world champions in rugby, and for good reason, rugby is a religion in that part of the world. The rest of us try to play catch-up to the Kiwis (a nickname for a New Zealander), trying to emulate the skill, precision, and creativity with which the All Blacks play the sport. Here, The Culture Trip features Florida, a place where rugby has burgeoned onto the scene and has been embraced by communities all across the state.

Here in America, rugby (in all of its different forms) is picking up a great deal of momentum, and Florida specifically has begun embracing this international sport, largely because there’s a sizable expat community (which in this case means lots of British people) as well as a strong Southern hemisphere presence. Having benefited from the extensive media coverage both in the build up to and during the 2016 Rio Olympics (in which Rugby 7s was played for the first time), rugby here in the Sunshine State has emerged as a sport that will compete for athletes with entrenched sports such as American Football, Lacrosse, and Basketball.

Ten years ago there was only a handful of high schools in Florida that played rugby, but now there are new programs springing up all over the place. One reason that rugby has grown in popularity is the enticing open-running nature of the game that allows every player to carry the ball, make tackles and use their own skills and abilities to help the team.

Aside from the attractive nature of the game itself, rugby has also taken off because it has a history and tradition of being a social sport. There’s nothing like going out onto the field and hitting your opponent for 80 minutes and then sharing a drink with him or her at the pub afterwards. Here in Florida, there are a number of ways in which you can get involved with rugby and become part of a family that will embrace you as you are and encourage you to leave nothing behind, whether it’s in life or on the pitch.

A photo posted by Okapi Wanderers Rugby Weston (@okapiwanderersrugbywestonfl) on Jul 21, 2016 at 8:13am PDT

One way that Florida embraces this rugby family is through high school programs, as we’ve already mentioned. Teenage athletes of all ages, sizes, genders, etc. are finding it easier than ever to find a rugby team, make friends, and learn about an amazing sport along the way. Club teams are also another way in which Florida is growing the game. One example of this is the Okapi Wanderers Rugby Club, in Weston Florida. This club, which fields teams of all age brackets, was created two years ago. It started out as a youth team then gained momentum to include two high school teams, and then last year I was personally able to be part of the inaugural Division III men’s team, which finished the season on a high, winning the state championship.

Having played rugby in high school, college, and at club level (all in Florida), I can attest to the fact that the game is improving, the competition is getting tougher, and the money is starting to find its way into clubs and organization. In fact, it has recently been announced that European powerhouse Toulon, in the South of France, is investing in South Florida and plan on forming a professional rugby team in Miami that will feed players into the world’s biggest rugby stage.

A photo posted by Okapi Wanderers Rugby Weston (@okapiwanderersrugbywestonfl) on Sep 10, 2016 at 11:04am PDT

It truly is an exciting time to be part of the rugby scene in Florida. International Touch rugby (the equivalent of flag-football) is also becoming hugely popular. This sport is, among other things, one hell of a workout. Touch, which involves six vs six and A LOT of running, is a perfect co-ed game to keep the skills sharp and the fitness levels up. The Ft. Lauderdale Jesters (a team that I’ve been playing on since the age of nine) consists of a group of people that are like family to one another, always encouraging enjoyment and respect for the game. There are touch rugby tournaments throughout the year and Florida teams are always keen to receive a fresh rugger, no matter how experienced or inexperience they are. This October, the USA nationals tournament will be hosted in Orlando, Florida, featuring the best touch rugby players from around the country! 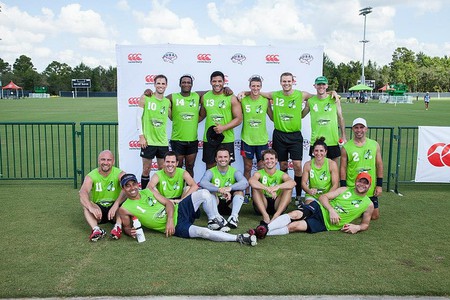