The Best Hotels With Jacuzzis in Miami 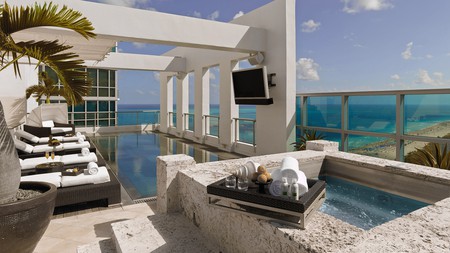 After a day of activities or a long night of dancing, unwind in a jacuzzi at one of these top Miami hotels | Courtesy of the Setai / Expedia

Rarely falling below 75F (24C), Miami has the warmest winters in the USA. After a day shopping in Bayside Marketplace or gator-hunting in the Everglades, you’ll want to unwind back at your hotel. As the evening air temperature drops, dip into one of the jacuzzis at these top Miami hotels. 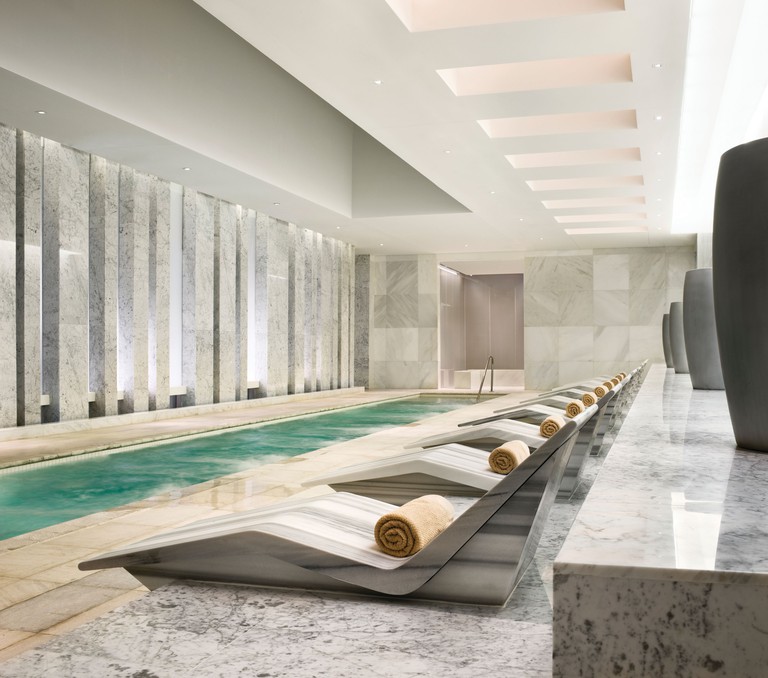 Courtesy of Fontainebleau Miami Beach / Expedia
View Rooms
Fontainebleau Miami Beach is well recognized for its show-stopping parties and events. You’ll find celebrities performing on the hotel’s BleauLive stage and partying in the LIV nightclub. Join them for a taste of the extravagant Miami lifestyle in one of this hotel’s eight swanky bars and lounges. Award-winning cocktails and beats by resident DJ K-Razor are on offer. And for the morning after? Recover in the luxury of a private rooftop whirlpool in your speciality suite.
Everything you need to know 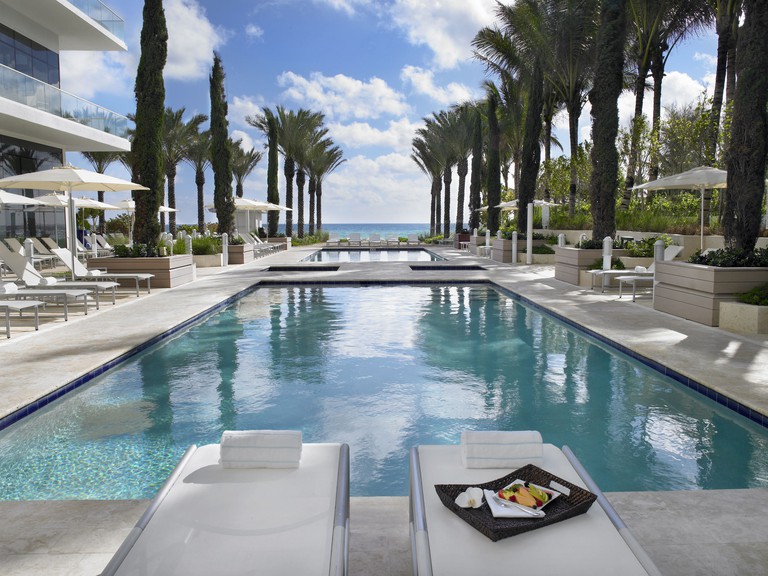 Courtesy of Grand Beach Hotel Surfside / Expedia
View Rooms
Grand Beach Hotel Surfside is a minimalist oceanfront escape with want-for-nothing service, just north of Miami. After bathing on the private beach and sipping gins at Sky Bar, retreat to your East Wing suite balcony to watch the twilight sky and stars appear. If you’re on a budget, but dream of luxuriating in such an upscale hotel, choose the hotel’s West Wing rooms. You may not get the ocean views, but you do get the same service and amenities, including access to an oceanfront rooftop hot tub.
Everything you need to know 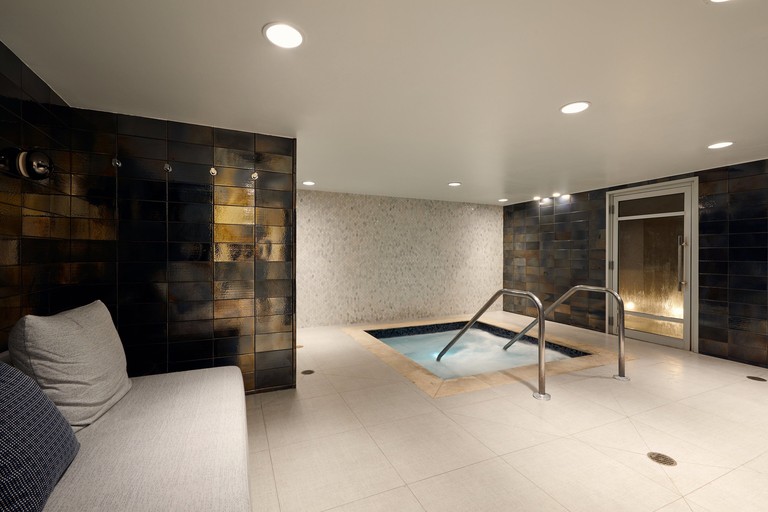 View Rooms
Bringing the beach to your room with warm sandy and ocean-colored interiors, Loews Miami Beach Hotel invites water-sports junkies to its exclusive shores. Take advantage of daily complimentary banana boat rides, as well as kayak, paddle board and boogie board hire, or splash out on an unforgettable parasailing experience. If you prefer to take it easy, enjoy the tropical Miami sun in the rooftop jacuzzi before your complimentary meditation session on Exhale Spa’s Zen Terrace.
Everything you need to know 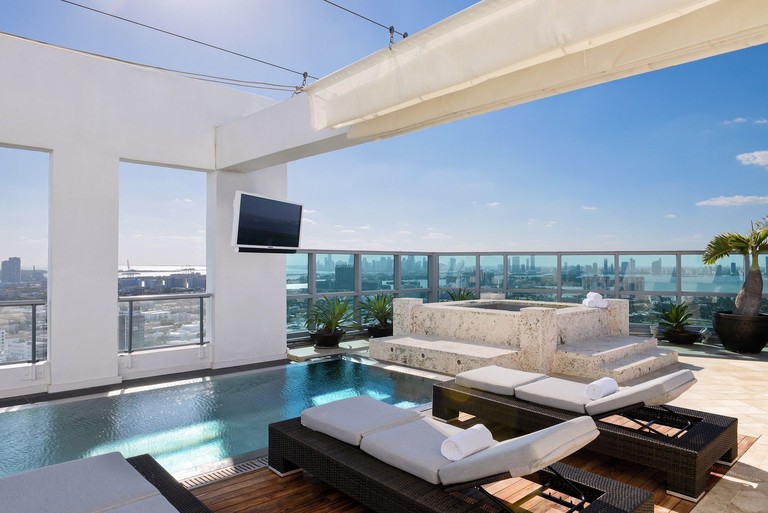 Courtesy of the Setai / Expedia
View Rooms
The Setai at Miami Beach seamlessly blends Art Deco origins with Asian elegance and, of course, excellent hospitality. Choose from an Art Deco or Ocean Suite with a jacuzzi bath and Acqua di Parma bath products. You’ll also find three sparkling, temperature-controlled pools on site, plus the opulent Valmont Spa, which uses traditional Swiss medicine as part of their massage and facial treatments.
Everything you need to know 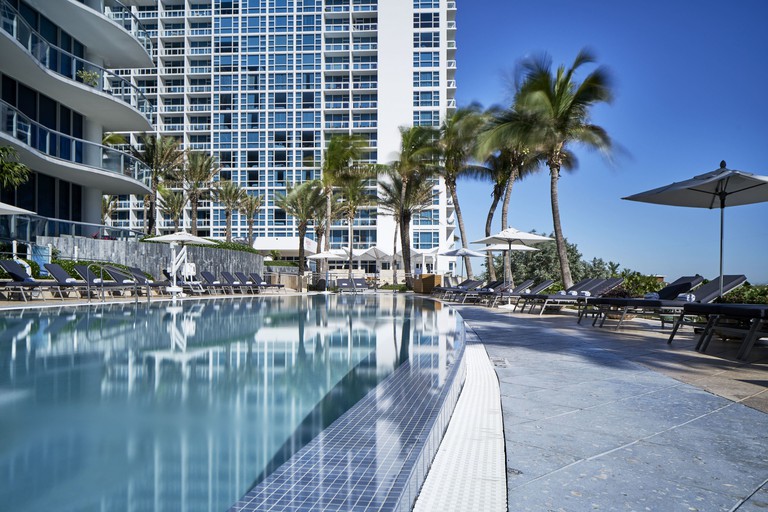 Courtesy of Carillon Miami Wellness Resort / Expedia
View Rooms
Carillon Miami Wellness Resort allows you to switch off and restore your mental and physical health on the coveted shores of Miami Beach. Blending ancient holistic practices with the latest technology, Carillon’s comprehensive wellness center provides the ultimate range of treatments for stress and anxiety, anti-aging and weight loss. After completing your personally curated IV therapy, chakra healing or Jeuveau treatment plan, head to the Vitality Tub for a jacuzzi session.
Everything you need to know 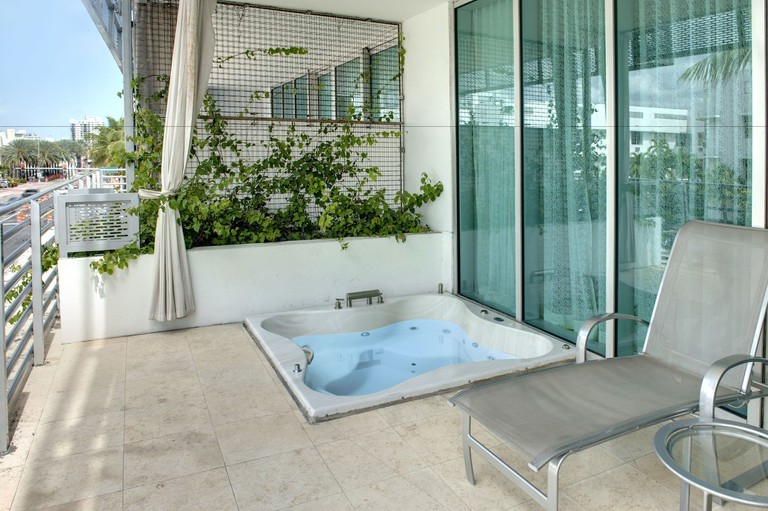 Courtesy of Z Ocean Hotel South Beach / Expedia
View Rooms
Although South Beach is at the tip of your toes at the Crowne Plaza’s Z Ocean Hotel, a more private oasis awaits in your Luxury Terrace Suite. This regal suite is finished with Jerusalem marble floors, mahogany furniture and a spiral staircase leading to your rooftop terrace. Here, you’ll find a living and dining area, wet bar, surround-sound music system and, of course, a Roman hot tub with ocean views.
Everything you need to know 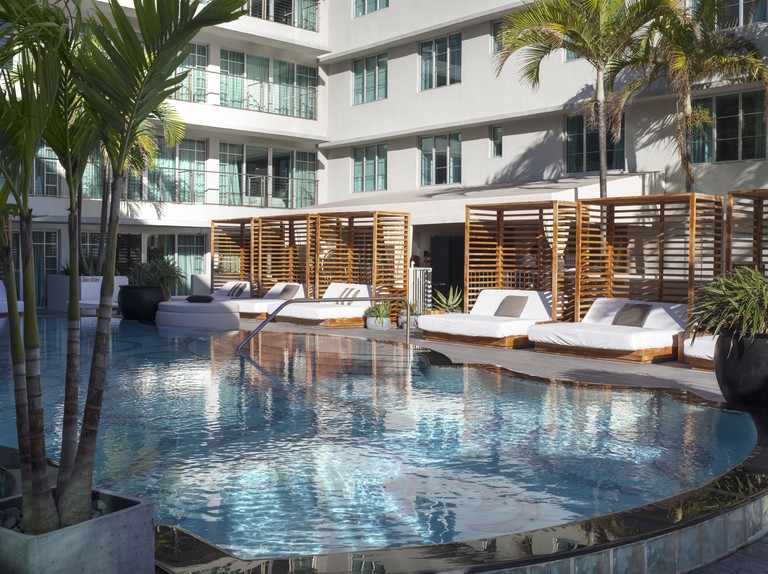 Courtesy of Hotel Victor / Expedia
View Rooms
Combining Art Deco architecture with modern Florida beach vibes, Hotel Victor offers a calm refuge from the busy city outside. The King Suite and Victoria Penthouse have their own oversized in-room jacuzzis with ocean views. For an even deeper relaxation experience, visit K’Alma, the USA’s first Peruvian Crystal Color Therapy Spa. Try the Andean cacao body masque and scrub – it is divine.
Everything you need to know 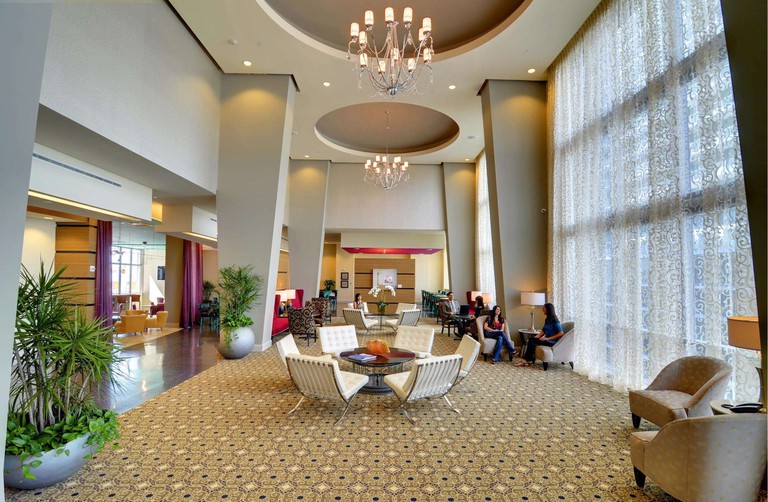 Courtesy of Hampton Inn / Expedia
View Rooms
Hampton Inn & Suites Miami offers a more affordable place to rest your head, just minutes away from Miami’s financial district. Unwind after back-to-back meetings in the rooftop jacuzzi – or opt for the King Bed Whirlpool Suite for your own private whirlpool bathtub.
Everything you need to know
Give us feedback