A Brief And Fascinating History Of The Vizcaya Villas 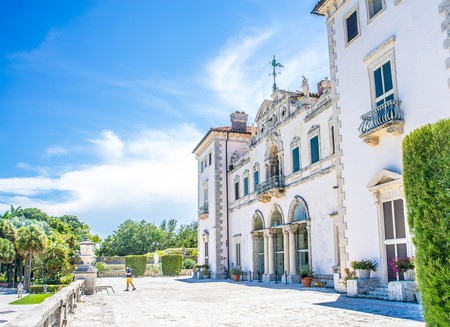 The Vizcaya Villa, one of Miami's most historic landmarks

Northeast Coconut Grove, Miami, Florida: Less than half a mile due south from where I95 ends and US1 (federal highway) begins, lies one of Miami’s most historic and beautifully preserved landmarks. Located in a city that is globally renowned for its extravagant life style, sandy beaches, and stirring night life, the Vizcaya Villa and Gardens offer a refreshingly different experience. It’s for those who are keen to distance themselves from the frenetic shops and bars and instead want to immerse themselves in the beautiful halls and stunning Italian Gardens of the Estate. The story of how this elegant landmark came to be is as fascinating as its architecture is beautiful. 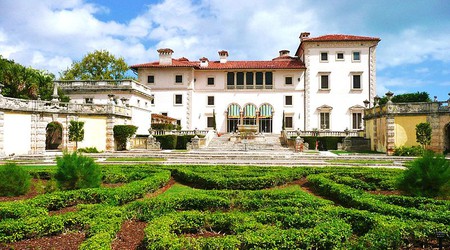 Over the course of Florida’s relatively short history there have been many influences, native and foreign, on her cultural and architectural development. The Vizcaya Estate, which overlooks Biscayne Bay, is a perfect microcosm of the fusion between different European and Caribbean architectural styles, tailored to function in a subtropical environment. The construction of the Vizcaya Villa was commissioned by a man named James Deering, a successful businessman from the Midwest. In 1908, after retiring as the vice-president of the International Harvester Company, he did what any self-respecting middle-age pensioner does upon retiring and bought property in South Florida. Some things never change. 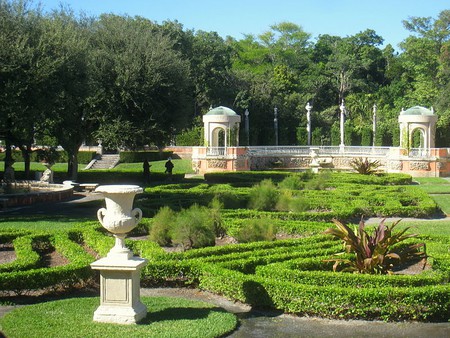 These magnificent gardens have been kept as close to the original designs of Diego Suarez, the Colombian landscape architect hired by Deering in 1914

As the story goes, in 1910 Deering was introduced to artistic director Paul Chalfin. They hit it off immediately and together they came up with plans to build a European style winter estate in Miami. After traveling to Italy, touring villas, and buying up decorative antiques for the new project, Deering hired Francis Burrall Hoffman, Jr. as the architect that would build his dream estate upon the 130 acres of Vizcaya Bayfront land that he had purchased from Mary Brickell. The last piece of the creative puzzle was put in place in 1914 when Deering once again traveled to Florence and met a talented young Colombian landscape architect, Diego Suarez. He would be responsible for the design of Vizcaya’s meticulously constructed gardens. 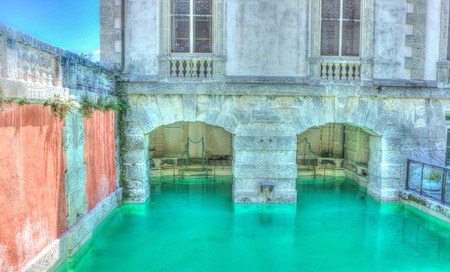 A look at one of the Vizcaya Villa's most beautiful pools

The construction of the Main house was finished in 1916 and the surrounding villages and gardens were completed by 1923. The events occurring in Europe as a result of the First World War were responsible for some setbacks in the completion of the Vizcaya Villa. After the death of James Deering in 1925 the estate passed onto his brother Charles, but sadly he died as well only two years later, leaving Vizcaya in the possession of Deering’s two nieces.

In 1926 and again in 1935 two hurricanes hit South Florida hard, causing great damage to the main house as well as the surrounding village and gardens of the Vizcaya estate. Wondering what ever happened to Deering’s friend Chalfin? Well, as it happens, the heirs of Deering contacted Mr. Chalfin after the great hurricane of 1926. He once again proved to be very influential in repairing and converting the estate into the museum that it became despite the best efforts of the infamous “Labor Day Hurricane” in 1935. 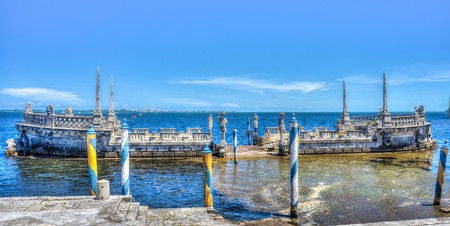 The Vizcaya docks look out over Biscayne Bay

Fast forward 17 years to 1952. The Vizcaya Villa and Gardens, desperately in need of renovation, are sold to Miami-Dade County for $1 million and converted into the Dade-County Art Museum. The beautiful art pieces and antiquities within the villa were donated to the Museum by the heirs of Deering. The artwork and jewelry within the Museum truly were treasures to behold.

Unfortunately this made them the target for a heist job in 1971, when three people from New York raided and stole $1.5 million in works of art, silver, and jewelry. The thieves were caught only three days later in New York City, but only a small percentage of what had been stolen was ever recovered. In spite of the Heist, Vizcaya continued to attract visitors and in 1994 it was designated a National Historical Landmark.