The Most Expensive Weddings from Around the World 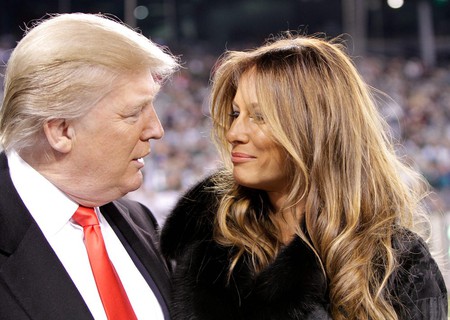 Your wedding day is often the biggest and most significant event in your life up to that point. Everyone, no matter who they are or what their budget is, wants their big day to be special.

According to experts such as Martin Lewis, the average UK wedding costs approximately £25,000, with London-based weddings often reaching a soaring £38,000! While those figures might bring a tear to the eye of the average Joe (or Joanne), £38,000 is a mere drop in the ocean for the world’s wealthiest betrothed.

For those with deep pockets, spending big on a wedding is a rite of passage and one that very few pass by without splurging a small fortune.

So, if luxury and extravagance are your thing, get ready for some grand wedding inspiration, because some of these weddings are the most lavish and expensive the world has ever seen! 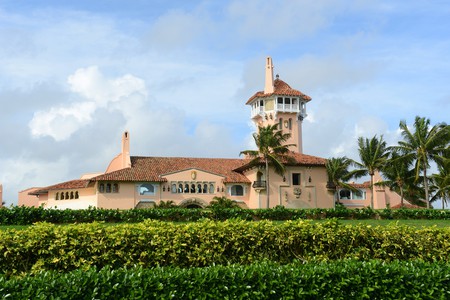 Estimated Cost: $1 million
Venue: The Episcopal Church of Bethesda-by-the-Sea and Mar-a-Lago Resort
Most Expensive Item: Unknown, though Melania’s dress came to a whopping $100,000!

With his reputation for extravagant interior design and all things gold, it’s no surprise that President Donald J Trump’s nuptials to Melania Knauss in 2005 makes an appearance here. Though with a price tag of a cool $1 million, believe it or not, this is the cheapest wedding on our list!

Taking full advantage of his Mar-a-Lago resort, Trump and Knauss were wed in a traditional ceremony at the Bethesda-by-the-Sea Episcopal Church, the oldest house of worship in Palm Beach, followed by a reception at the ocean-front resort.

According to media accounts, guests were treated to a veritable feast of caviar, lobster and truffles while being serenaded by Billy Joel in the Mar-a-Lago ballroom.

Melania wore an elaborate couture wedding dress, designed by Christian Dior’s John Galliano, that is rumoured to have taken 1,000 hours to make thanks to the hand-sewn pearls and crystal rhinestones. Costing something in the region of $100,000, it’s one of the most expensive wedding dresses we’ve seen in recent years. 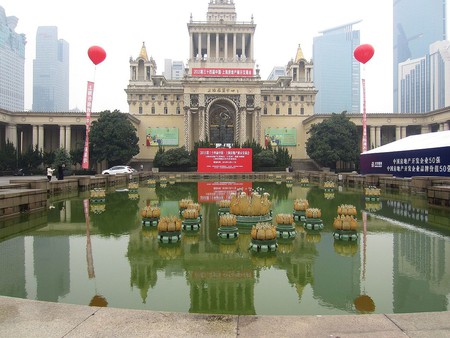 Possibly one of the most famous expensive weddings in the last couple of years is that of Chinese social media star Angela Yeung (aka Angelababy) to her actor boyfriend Huang Xiaoming.

Having flown all the way to Paris for their pre-wedding shoot, the big day itself was complete with a holographic castle, a 10-foot carousel wedding cake and huge screens showcasing their engagement photos in the French capital.

The couple’s 2,000 guests were treated to goodie bags full of gifts, including a brand new Meitu mobile phone, and the wedding ceremony was live-streamed to Yeung’s millions of followers.

For her engagement shoot, Angela wore a selection of couture wedding gowns by Elie Saab, but for her big day, she opted for a custom Dior wedding dress, featuring a 10-foot train and 100 hand-cut Chantilly lace roses. 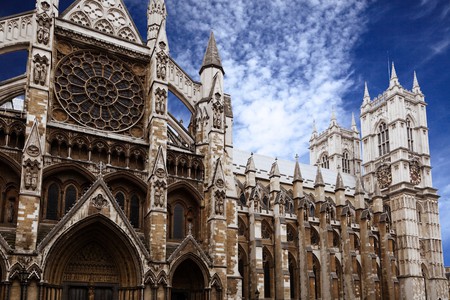 Arguably the most famous wedding of recent times, the Royal Wedding of Kate Middleton to Prince William in 2011 was watched by millions of people around the world.

With approximately 1,900 official guests, thousands more lined the streets of London to catch a glimpse of the happy couple on their wedding day, who were married at Westminster Abbey by the Archbishop of Canterbury himself.

Afterwards, the newlyweds were taken by horse-drawn carriage to Buckingham Palace, where two receptions were held; the first in the afternoon, hosted by the Queen, followed by an evening celebration complete with fireworks and a live band led by Ellie Goulding.

While the whole affair is said to have cost $34 million, it’s estimated that $32 million of that was spent on security!

Kate wore an Alexander McQueen ivory and lace gown designed by creative director Sarah Burton. Featuring hand-cut and applied Chantilly lace flowers to represent each country in the United Kingdom: roses for England, thistles for Scotland, daffodils for Wales and shamrocks for Ireland. 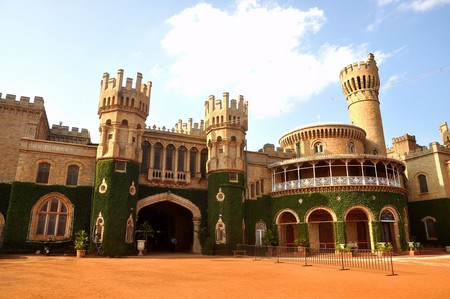 When the only daughter of a former Indian politician-turned-mining tycoon gets married, expect excess!

The five-day Hindu wedding celebration of Brahmani and Rajeev Reddy hosted a spectacular 50,000 guests with 3,000 security guards, plus an additional 300 police officers to ensure the day ran smoothly.

Guests are said to have received gold-plated invitations with LED screens showing a video of the happy couple inviting them to a star-studded event at the Bangalore Palace, which featured numerous Bollywood stars. 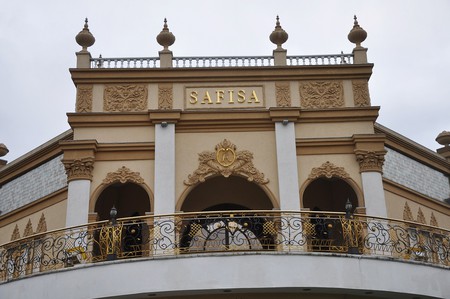 We’ve definitely saved the most outrageously expensive wedding until last. Opulent, lavish, spectacular, outrageous and insane are just some of the words that have been used to describe this, frankly, unbelievable wedding!

Said Gutseriev, son of the billionaire Russian oil baron Mikhail Gutseriev, married Khadija Uzhakhovs to the tune of $1 billion at the Safisa Banquet Hall in Moscow.

Boasting a fleet of Rolls Royces and Bentleys, a venue decked head to toe in fresh flowers, a nine-tiered wedding cake that towered over guests and an entertainment roster featuring J.Lo, Sting and Enrique Iglesias, this wedding pulled no punches.

Guests were presented with inscribed gold boxes as favours to commemorate the couple’s union.

Khadija wore a dress fit for any Disney princess. Emblazoned with diamonds and custom beading, the Elie Saab dress cost $1 million, is said to have weighed 25 pounds and required Khadija to have helpers in order to climb stairs and even walk!