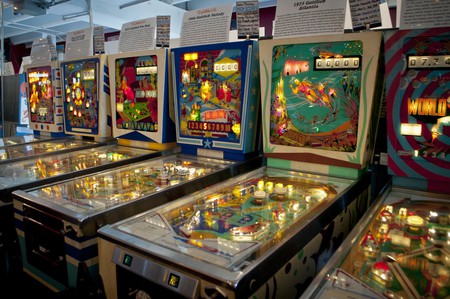 Offering visitors a nostalgic flashback to the times of electronic gaming, the Silverball Museum in Delray Beach features 150 vintage video games and pinball machines from the ’60s and ’70s.

The two-story arcade is housed in a former 9,000 square-foot nightclub near Atlantic Avenue, and is equipped with skee-ball and shuffle-board as well as an Evel Knievel machine and a 1934 game dedicated to Army-Navy football. Guests can even enjoy a game of munching down dots in the Ms. Pacman game from the Golden Age. 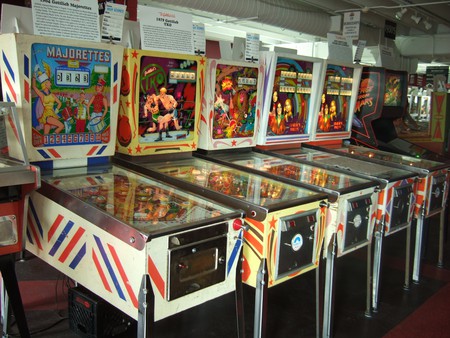 This is the second location for Silverball Museum, originally from Asbury Park, New Jersey. Owners Robert Ilvento and Steve Zuckerman opened up their second branch in Downtown Delray Beach to give tourists and locals alike a different entertainment option from the usual bar scene and beaches. Visitors can enjoy a playing on the 20-foot shuffleboards from the ’40s and skee-ball machines from Coney Island.

The arcade styled in a 1950s-era retro décor and lit up with hanging disco balls is a magnet for adults as well as kids. For the elder crowd, it’s a spot to reminisce and relive childhood memories. It’s not uncommon for the arcade to host private events and birthday parties for patrons ranging from ages 50-70. Kids and families get in on the action too, with little instruction – although each pinball game has a score card and introduction information about the game. Aside from these and video games such as Centiped and Asteroids, visitors can also indulge in dining. 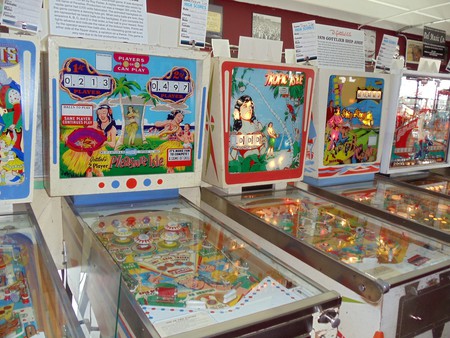 The restaurant serves typical carnival favorites such as Nathan’s hot dogs, thin-crust pizza and even funnel cakes, while incorporating a menu in tune with the Delray seafood including lobster rolls and crabcakes. The property also boasts several television screens playing sports events, and visitors can enjoy a beer or a glass of wine at the bar while watching the games.

The actual pinball machines and video games don’t require coins, rather they are available with a pass. Tickets cost $7.50 for a half-hour, $10 for an hour, $15 for an afternoon or evening pass, or $25 for all-day play. Memberships are also available.