Eleanor Kriseman on the Textures of Florida and Assumptions of Autobiography 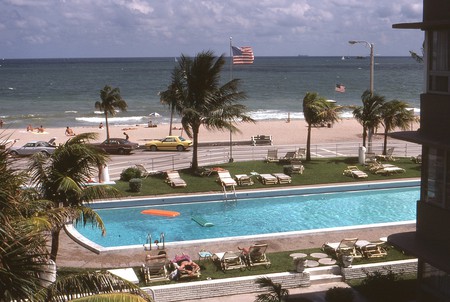 Peering from a window of a Fort Lauderdale Motel in Florida 1980. | © Berry Lewis / Flickr

Florida native Eleanor Kriseman writes with close attention to the details that shaped her experience growing up in the Sunshine State.

Kriseman’s The Blurry Years explores Florida in the 1970s and 80s through the lens of young Callie, a girl coming into adulthood. The books lyrical prose details Callie’s coming of age story surrounded by the sleaze and thrill of the Florida coastline. Over the course of Callie’s adolescence, readers follow her relationship with her mother and the complexities of what it means to grow up a woman. Kriseman sat down with Culture Trip to discuss her book and Florida as the rich setting for her work. 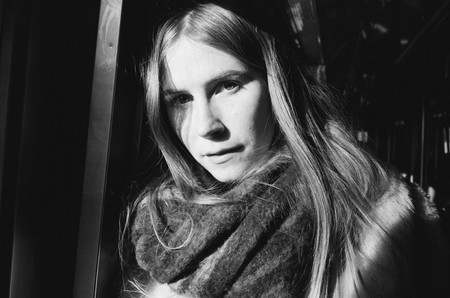 Culture Trip: So much of your writing is centered in Florida. How do you feel about Florida literature and the literary representation of the state?

Eleanor Kriseman: There has been a pretty long tradition of some really great and interesting writers coming out of Florida. Going back to Joy Williams, whose writing I love, and I think she really gets the sort of bizarre feel or slightly-off feeling that I think I have noticed in real life there. And then more recently, one of my friends Sarah Gerard, whose last book [Sunshine State] is a collection of essays that took place in Florida which I thought was great. There is Lauren Groff [who wrote Florida]. There is a great group of writers and none of their writing actually resembles anyone else’s in that group. I mean, they’re not all writing about the same thing. They all have this interesting attention to detail that I really appreciate.

CT: Florida has such a specific aesthetic, but it can be tricky to talk about. What markers do you look for, especially in your own writing, when dealing with that Florida feel?

EK: There are so many different versions of Florida and lives people live within that state. But one of the things that really stood out for me was the textures, noticing the feel of spaces. I wrote a lot about how the popcorn ceilings that were so popular for a while or the rough texture of the sand or the heat that feels like its own presence even though it’s not really a thing. Or the sweat that is rolling down your back. There is a lot about texture that I think defines Florida for me as much as any other thing.

CT: What do you think people miss about Florida? What do people not quite get right?

EK: Florida Man probably has a lot to do with this, but there is not really an understanding of how a regular life is lived in Florida and kind of an everyday life. There is lot about the creepy bizarre things people do. People know a lot about Florida from vacations or going to the beach. I don’t think as many people can see what it is like to live somewhere where the beach isn’t a draw because it is right there and it’s been there the whole time. When the heat is kind of a drag and everyone is staying inside. I was really interested in writing about the ways that people live an everyday life there.

CT: The Blurry Years, in particular, is such an interesting and brilliant exploration of the transition from girlhood to adulthood. I am curious about what drew you about this kind of story because I think it is an underappreciated literary tradition: the women’s coming of age story.

EK: I think that some of it has to do with authority and whatever authority I feel like I’ve been given or permission that I have somehow been granted or not granted to write about characters that are different from myself. It would be very difficult for me to write male protagonists at least for a whole novel, but I also set the novel in a time when I was not even born yet and there are so many things about the character’s life that I have not experienced, but I do think there is an essential kernel of just really intense self-awareness that comes with that period in life. I knew how to capture that even if the setting or the events were not necessarily something that I had lived through. That felt connected with the awareness of touch and texture that I felt the place had for me.

CT: You mentioned differences you have from your protagonist; how have you experienced people’s assumptions of how much of the story is autobiographical?

EK: I think that almost everyone who has mentioned that thinks that it is more autobiographical than it is. And I think that is something that happens to a lot of female authors and a lot of younger writers. At my launch event, Julie Buntin, also a young author with a novel about female adolescents, asked some really interesting questions about the assumption that your work is autobiographical.

More than anything else, the place and that sort of essential feeling of growing up very aware of your body and your place in the world, is probably the truest part of this. All the other events and details, those can fall by the wayside. Those are easier to craft.

CT: Place is such an important piece of this book. How did that factor into your writing approach?

EK: I don’t know. Florida is the place I was born; I grew up there; I spent the first 18 years of my life there. And, in one way, it is what I know. In another way, being somewhere else helped me to take out the things that do stand out about it. To isolate the details that make it unlike anywhere else. I think that a fair amount of the book was written when I was in New York, in the winter. I would be sitting at my kitchen table with my feet not on the floor because the floor is too cold for me to put my feet down without socks. Sometimes, I think it is easier to write the things you know in relief, in contrast to where you are. 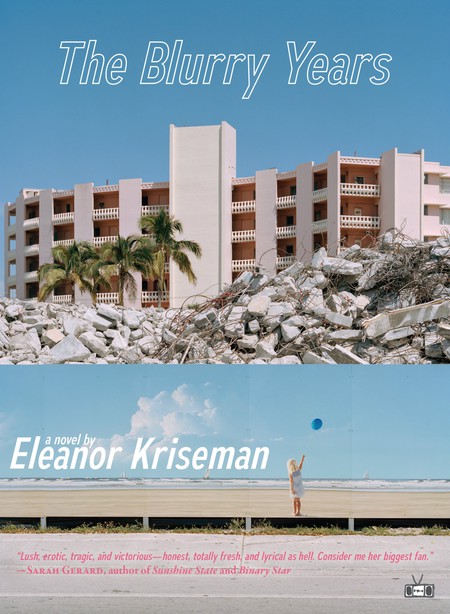