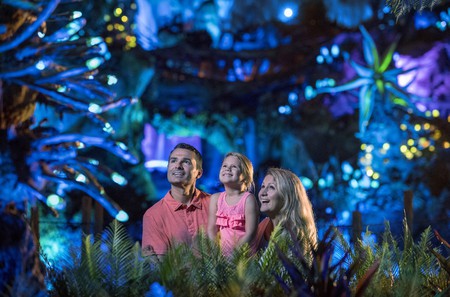 For fans of Avatar, here’s your chance to sleep under the Tree of Souls.

#Adultingishard. Thankfully, at Walt Disney World in Orlando, Florida, those who are over being grownups can re-experience childhood—no judgment. If this sounds appealing, act quickly and enter Disney’s newest contest to win an all-expenses-paid trip for two to glamp in the middle of Pandora, the magically colorful world inhabited by the Na’vi in Avatar (2009).

For the first time ever, Disney’s D-Camp is offering a once-in-a-lifetime opportunity to glamp under the floating mountains of Pandora. The bioluminescent world is Instagram gold and the perfect getaway for the adult whose inner child is calling out for sustenance. Everything from the luxurious tent to the plethora of experiences on offer—a drum ceremony, Pandoran meals, night hikes, and additional surprises—are tailored to your liking. Basically, this goes way beyond VIP access. 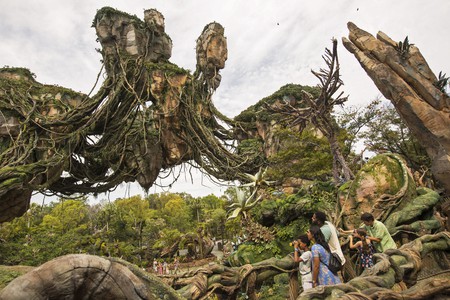 By day, the contest winner can also enjoy all the park has to offer. With rides and experiences for all ages and adventure levels, visitors can fly through the Hallelujah mountains on the back of a mountain banshee during the truly immersive Flight of Passage. Some previous adventurers even suggest opting to wait in line for the ride, as the sites and activities along the queue are supposed to be amazing.

For a more relaxing experience, head to the Na’vi River Adventure to sail deep into the bioluminescent forest in search of the Shaman of Songs. Or get in your 10,000 steps during the out-of-this-world hike through the Valley Mo’ara. When the winner has had their fill of Pandora (if that’s even possible), they can spend the remaining two nights and three days exploring the rest of Animal Kingdom, as well as the other incredible theme parks—with plenty of perks included, of course.

Pandora—the World of Avatar opened in the Animal Kingdom theme park in May 2017, after six years of intense planning. Disney Imagineers (the people who concept, envision, and then create new rides and parks for Disney) worked closely with Avatar director James Cameron and his company to ensure each detail in the $500-million-dollar project was true to the story Cameron brought to life on screen. The park has since received seals of approval from Cameron; Sigourney Weaver, who played earthling Dr. Grace Augustine; and Zoe Saldana, who played the Pandoran Neytiri.

Those interested in entering should visit the D-Camp website, and upload a video before 11:59 p.m. PDT on June 21 that explains why you deserve this ultimate Disney experience. Creatives are sure to come calling to this visually explosive contest, so bring your A-game.