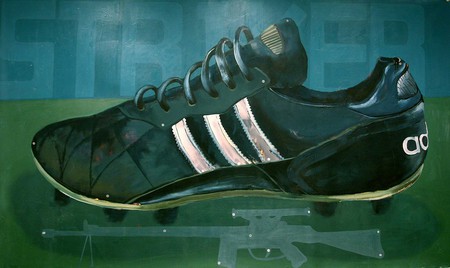 World Cup fever is in full swing around the world and the United States is no exception, despite the nation’s absence from the game’s grandest stage. The Pérez Art Museum Miami is hosting The World’s Game: Fútbol and Contemporary Art to celebrate the planet’s most popular sport through September 2, 2018.

The World’s Game: Fútbol and Contemporary Art is a soccer-focused exhibition at Pérez Art Museum Miami that emphasizes the intersection of the sport with societies around the globe.

The exhibition, a first of its kind in Miami, features more than 50 works of art ranging from photography and video to painting and sculpture by more than 30 artists, including Andy Warhol, Vik Muniz, Maria Lassnig, Kehinde Wiley, Miguel Calderón, and Robin Rhode. The artists are as eclectic as the works, hailing from the likes of Argentina, Ghana, Italy, Mexico, and the US.

“The subject of fútbol has been universally addressed by contemporary artists for quite some time,” PAMM director Franklin Sirmans says in a release. “Many of them engage with the game as a form of common connection between people around the world—a connection that is exceptionally evident here in South Florida, where a widespread passion for fútbol is vibrantly palpable.” 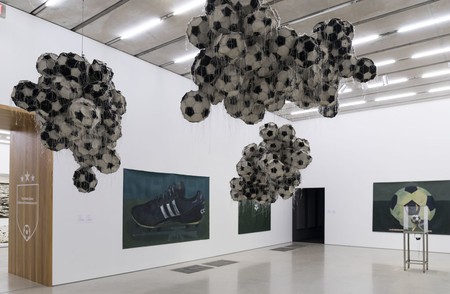 South Florida’s passion for soccer has been rewarded by Major League Soccer (MLS) with America’s top league announcing an expansion side based in Miami slated for 2020. 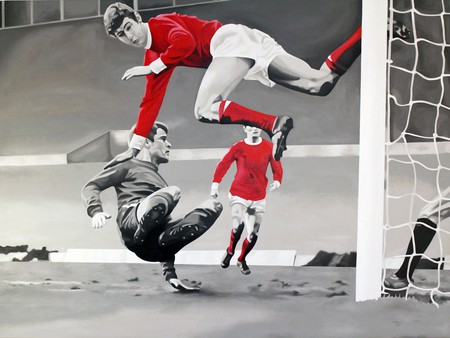 Brazil’s storied Maracanã Stadium is highlighted in a piece by Nelson Leirner, who took the venue and filled the stands with hundreds of small statuettes of religious and pop culture figures from around the world. Legions of Roman cavalry are next to battalions of Buddhas and Disney cartoon characters. According to the release, “Maracanã is a commentary on the futile nature of the World Cup today, evoking the threats facing this institution, which is at odds with the imperialism of military power. At the same time, Maracanã addresses secular culture’s transformation into modern day religious identity.”

The World’s Game: Fútbol and Contemporary Art is organized by PAMM director Franklin Sirmans with the support of PAMM assistant curator Jennifer Inacio. This exhibition is supported by NBCUniversal Telemundo Enterprises, Relevent Sports, and CONCACAF.