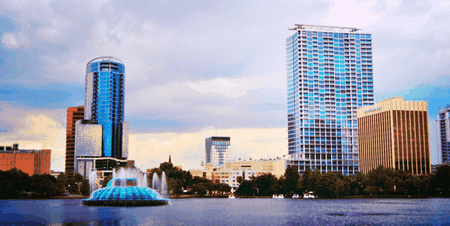 Traveling to Orlando, Florida on a shoestring budget? There are many ways the to enjoy the great things “The City Beautiful” has to offer without spending too much cash. In fact, just a little planning and research is all it takes to make sure you don’t fall prey to some of the city’s more costly dining, lodging and entertainment options. From cheap hotels and affordable eateries to free entertainment and discount days at local attractions, here we present a budget traveler’s guide to Orlando, Florida. 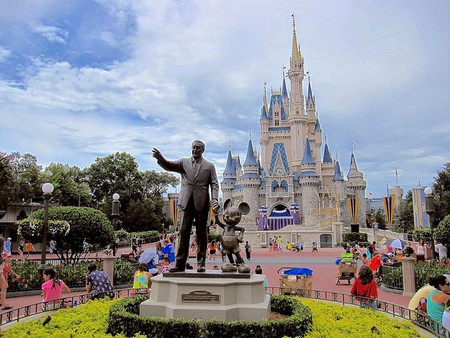 Stay away from Orlando during the city’s peak seasons of winter and summer, as everything is more affordable during the spring and autumn months. Hotels and airlines lower their rates as an incentive for travelers to visit Orlando during these off-season times. Also, the weather is neither too hot nor too cold, and the crowds are smaller too.

We're hoping you get to soak up the sunshine in Orlando this year! Our pool awaits you.

If you’re visiting Orlando’s major theme parks, staying at an on-site resort may be alluring, but it will also be pricey. Generally, you’ll find budget-friendly rates at national chains such as Radisson, Courtyard, Marriott and Country Inn & Suites close to Disney, SeaWorld and Universal Studios. Hotel prices go up the closer you get to the city’s downtown area and historic districts. 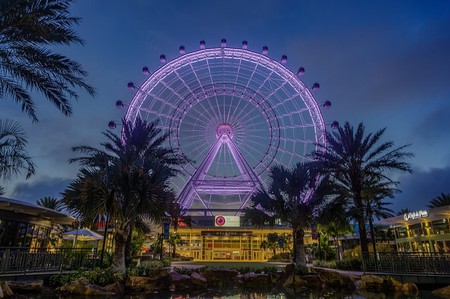 There are many great attractions throughout Orlando, and a little planning on your part can mean big savings for your wallet. Many places offer free or discounted days on a weekly or monthly basis, including the Harry P. Leu Gardens and Mennello Museum of American Art, and The Cornell Fine Arts Museum is always free. Check with Orlando on the Cheap before your visit, or consider getting a GO City Card so you can see dozens of the city’s most popular attractions – such as WonderWorks and the Orlando Eye – at a discounted price for up to seven days. If the major theme parks are a must-do, opt for multi-day tickets and pass on the park-hopper option; you’ll save valuable time sticking with a single park each day.

Orlando offers a wide range of dining options for the budget traveler. Affordable national restaurant chains including Applebee’s, Moe’s, and P.F. Chang’s can be found in multiple locations all over the city, while local favorites such as Tin & Taco and Café Madrid offer budget-friendly menus that are well-loved by locals. Also, check the calendar for The Food Truck Bazaar for an opportunity to try some of Orlando’s most affordable gourmet street foods. To save money at the major theme parks and attractions, avoid eating big meals while you’re there; eat breakfast, lunch and especially dinner off-site and splurge on smaller, less-pricey snacks while you’re in the parks instead.

Catch me at PourHouse tonight! 1/2 off drinks from 9-close!! 🤤#tuesdayboozeday

There are several dive bars and cheap clubs that offer affordable drinks and nightly specials across Orlando, such as the Downtown PourHouse, Casey’s on Central, Whiskey Lou’s Lounge and Chillers on Church Street, if you’re on a tight budget. Also, check out the Thornton Park Wine & Art Walk on the second Thursday of every month, where for $15 you get to enjoy complimentary wine at several establishments, or the Lake Mary WineArt Wednesday on the first Wednesday of the month, which features an affordable beer and wine garden.

@shannongoblue42 Thought about you & Rick when I was down here 🙂

While it’s free to walk around Disney Springs and and Universal CityWalk, it can be hard to stick to your budget spending money in the shops of these districts. Church Street Station is a better option as you can generally find more affordable entertainment options day or night. Winter Park and College Park are the priciest neighborhoods in Orlando, so avoid spending money in these areas – pack a lunch and stick stick to sightseeing to save money.

Not a cloud in sight at Destination Parkway SuperStop. Have a fantastic week! #golynx

Orlando is a big, sprawling city, so getting around can be costly. Take advantage of any free shuttle service offered by your hotel, and don’t be afraid to use Orlando’s LYNX bus system; it’s clean, reliable and more affordable than taking an Uber or a cab. Avoid renting a car at all costs; you’ll save on parking and toll fees that add up pretty quickly.