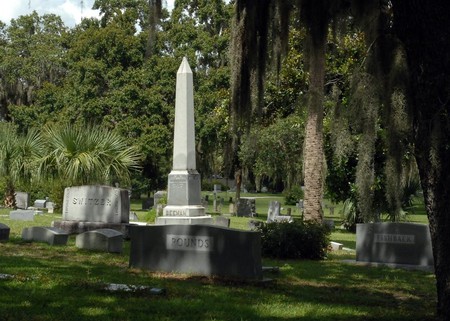 Established in 1880, Orlando’s Greenwood Cemetery is a site of both scenic beauty and historical importance. Before the founding of the cemetery, the Orlando community didn’t have a set burial plot or an established record-keeping system, which led to countless lost graves. 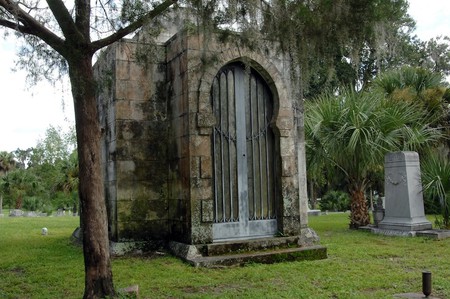 The original plot, simply called the Orlando Cemetery, consisted of 26 acres of land that W.R. Anno, C.A. Boone, James Delaney, James K. Duke, J.H. Livingston, Nat Poyntz, Samuel A. Robinson, and I.P. Wescott purchased from John W. Anderson for $1,800; they wanted to form a communal graveyard. In 1915, the name was changed to Greenwood Cemetery at the request of two of the original buyers of the burial site. 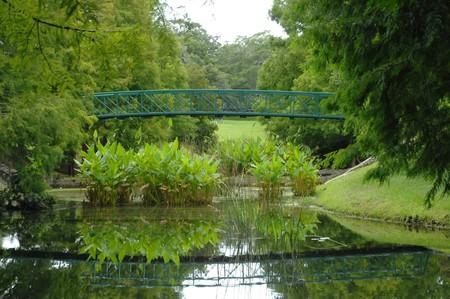 Over the years, Orlando’s Greenwood Cemetery has expanded to 86 acres of land, which includes the Greenwood Urban Wetlands, a 19-acre park on the cemetery’s western side established in 1991, as well as burial sections of which are dedicated to veterans of the Civil War, Spanish-American War, World War I, and World War II. There are also unmarked plots for African Americans who were lynched by whites and for the victims of the 2016 Pulse nightclub shooting. Some of the most famous residents of the Greenwood Cemetery include:

Graves of veterans | © City of Orlando