The Best Resorts to Book in Fort Lauderdale, Florida 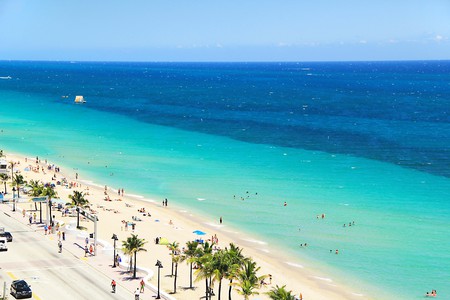 Chic hotels and star-studded places to stay line up along the shores of this southeastern Florida city. On the Atlantic Coast, north of Miami and the Keys, Fort Lauderdale has seemingly endless sunshine, intricate canals and miles of glorious beaches, making it the perfect destination for a resort holiday.

The so-called Venice of America remains one of the country’s vacation beacons, drawing in everyone from wealthy retirees to backpacking hipsters and apple-pie families. There’s something for everyone here – especially with our guide to the best resorts, bookable on Culture Trip. 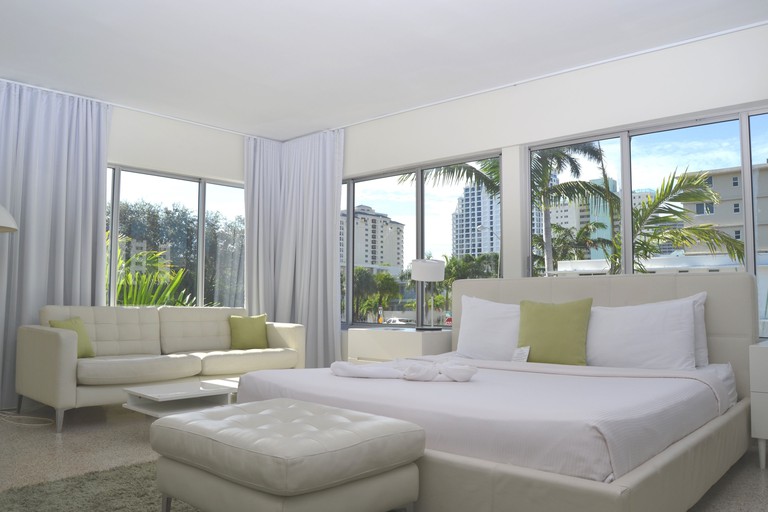 Courtesy of Tranquilo Hotel / Expedia
Backed by the verdant mangrove-lined gardens of the historic Bonnet House Museum & Gardens, Tranquilo boasts an enviable location in a quiet neighborhood two blocks from the ocean. There’s a wide range of rooms and suites with kitchenettes in its adjoining buildings, plus several small heated pools. It feels like a slightly upscale motel with neat, unfussy rooms, gleaming white walls and cream furniture. Guests can rent bicycles or enjoy barbecues in the open sunny courtyards and terraces. 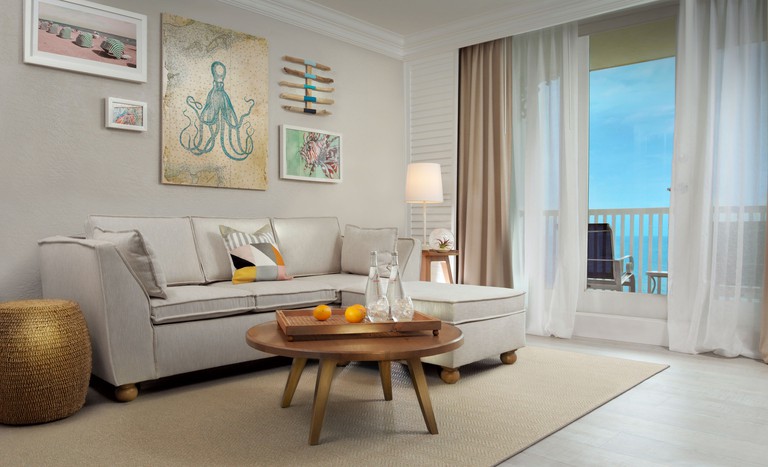 Courtesy of Pelican Grand Beach Resort / Expedia
Just beyond the northern tip of Birch State Park, the Pelican’s gleaming pale-yellow facade seemingly reflects the glorious sands over which it looms. A refurbishment has upped its game and helped clinch several awards. The lobby and public areas exude a classy retro feel, with wingback chairs and deeply molded ceilings – almost at odds with its exterior – while most rooms suggest boho-tinged beach chic. A 500ft (150m) private beach is staffed by attendants and waiters, and there’s a good spa to help tease the sand from your toes. 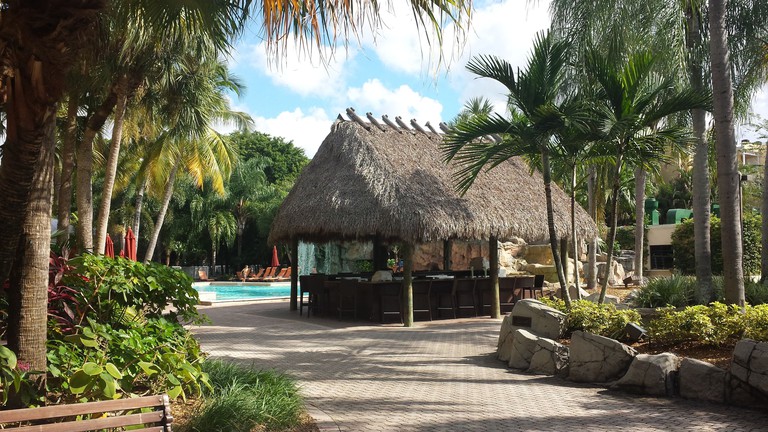 Courtesy of Bonaventure Resort and Spa / Expedia
Right on the city’s western rim by the edge of the Everglades, Bonaventure’s lush 23 acres (9ha) encompass a largely self-contained resort with three pools (one featuring a waterfall), several restaurants and a spa. Many guests simply rest up here for the duration of their vacation. If the space and facilities aren’t quite enough, a tennis club and golf course lie within walking distance. There’s also a shuttle service to one of Florida’s largest shopping malls, and Fort Lauderdale’s famous beaches lie 20mi (32km) to the east. 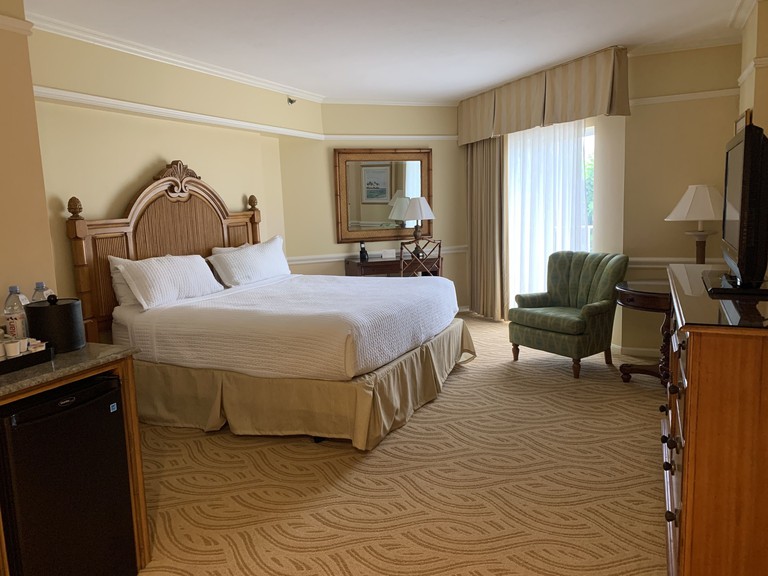 Courtesy of Lago Mar Beach Resort and Club / Expedia
Lago Mar sits close to where the Stranahan River meets the Atlantic at the barrier island’s southern tip – a quarter virtually surrounded by a knot of canals. This expansive family-owned property is a venerable Fort Lauderdale landmark with a clutch of accolades and awards. Wood and rattan furnishings suggest an elegant Old Florida style, and spacious suites dominate the rooms. Facilities and activities, from a private beach and two pools to tennis courts, volleyball and basketball courts, make it particularly popular with families, many of whom never stray beyond its bougainvillea-dotted gardens. 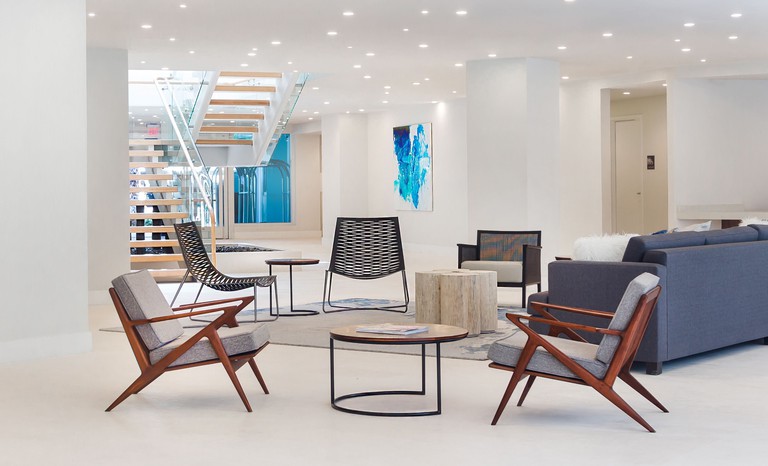 Courtesy of B Ocean Resort / Expedia
Few, if any, Lauderdale hotels resemble a cruise liner; fewer still offer a surreal mermaid aqua-burlesque show. In reviving (and completely renovating) the Yankee Clipper – an iconic 1950s beachfront property – B Ocean Resort has made it their own. Stylish modern design with a playful beach-chic aesthetic and marine-inspired artwork are complemented by infinity pools, five restaurants and bars, plus a fitness center. Tired of the private beach? Revive yourself in the spa or explore the local byways on free bicycles. 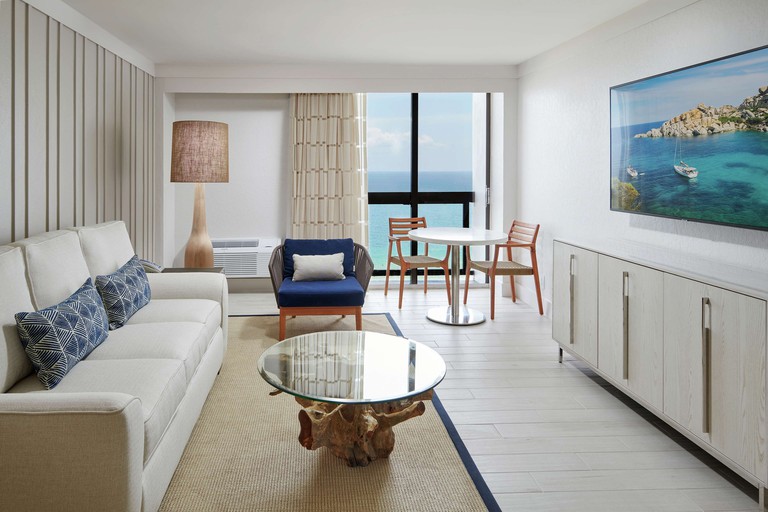 Courtesy of Bahia Mar Fort Lauderdale Beach / Expedia
Framed by the Intracoastal Waterway, a marina and the azure ocean, Bahia Mar’s location is unique even by Fort Lauderdale standards. Then there’s the private road-crossing skywalk leading you from the hotel’s pool to the beach. The paired buildings – one a dazzling white tower with more panoramic rooms – together conjure a truly swanky resort, though its casual beach-chic vibe will make you feel relaxed and comfortable. 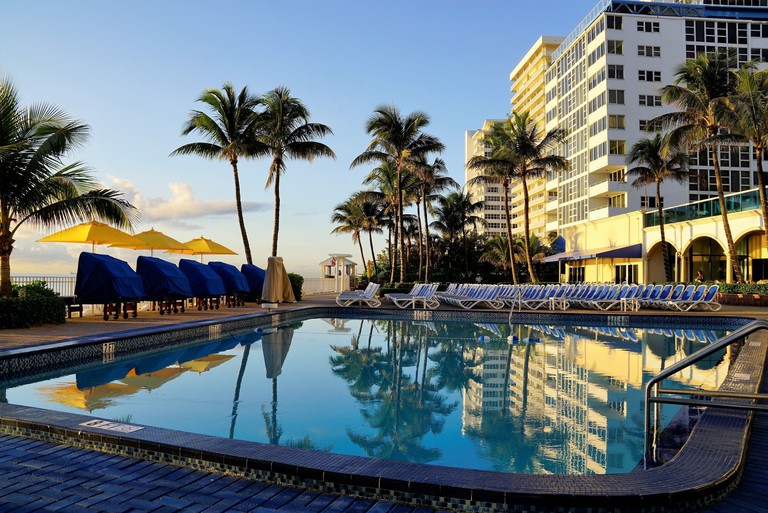 Courtesy of Ocean Sky Hotel and Resort / Expedia
With its balconies’ distinctive blue glass railings and sea-facing pool alongside a thatched-roof tiki bar, Ocean Sky pays playful homage to the ocean it overlooks. Featuring plenty of wood tones and finishes, rooms and suites are comfortable rather than stylish, and all have coffee-makers and mini-fridges. Children will love the mini-golf and games room, but at heart this is a casual and unpretentious hotel that embraces the beach and water sports on its doorstep. 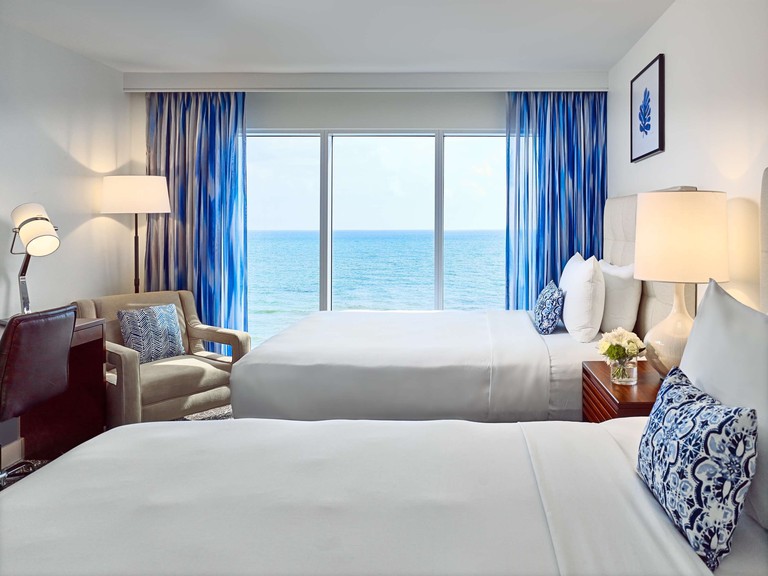 Continue your trip around Florida with a stay at one of the best resorts in the state, or try these family-friendly hotels, and book now on Culture Trip.