The Best Campgrounds Near Orlando, Florida 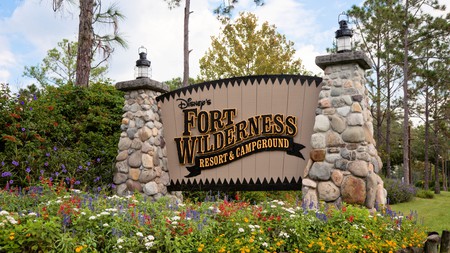 Endless stretches of prehistoric scrub and untouched savanna make for some wild camping terrain in Florida. Culture Trip asks our local insiders for a list of their favorite camping spots in the Sunshine State, near Orlando – from swampy glades to lakeside prairies. Keep reading for the ultimate outdoor experience; you’re in for an all-American ride, including campfire stories, s’mores and stargazing.

There’s nothing like camping out beneath a canvas of twinkling stars, root beer in one hand, fishing pole in the other, while slow-footed gopher tortoises chomp wetly on leaves by your feet. And Bill Frederick Park, though only a 20-minute drive from downtown Orlando, will fill every camper’s craving for bucolic vibes and pastoral seclusion. The park itself covers more than 180 acres (73ha) of woodland, replete with nature trails and a small farm. Turkey Lake – though short on turkeys – is filled to the brim with bass, bluegills and crappies. Boat rentals only cost $35 for the day, courtesy of Bass Pro Shops. If you don’t fancy slumming it al fresco, fear not: the campsite also hosts a line of air-conditioned cabins and RV slots. Recommended by local insider Korri Lacalamita

If you want a genuine outdoor experience with all the comforts of a resort (sans Mickey Mouse impersonators), these “backcountry” camping grounds take the cake. Disney’s Fort Wilderness packs 750 acres (304ha) of pine scrub and stark white cypress trees, which pair pretty well with the sandy beach, swimming pool and ranch. Rustic log cabins are available to rent, although outdoorsy folk may want to pitch a tent. Wild deer, rabbits, armadillos and ducks (the real kind, not those dressed-up impostors) roam free. It’s a family favorite thanks to its horse-riding trails, archery lessons, wagon rides and western-style arcades. Recommended by local insider Korri Lacalamita

Located in Seminole County, Lake Mills Park is part swamp, part lake, with all the thrills of beachside camping. Wooden boardwalks take visitors through the marshy hardwood swamp, stained mocha by tannins in cypress leaves; however, farther out, the lake is a beautiful shade of dazzling blue. White sand covers the shores, where visitors can post up post-swim and watch red-tailed hawks swooping graciously overhead. There’s a semi-secluded grove among saw palmetto and oak trees where people can pitch tents, though there are also RV options for campers on wheels. Recommended by local insider Korri Lacalamita

There aren’t many beaches in Florida that encourage coastal camping, so Jetty Park is a gold mine for every beachgoer who’s dreamt of a seaside sleepover. Featuring grassy dunes and long stretches of white, soft sand, Jetty Park Beach provides some of Port Canaveral’s best swimming, snorkeling, paddleboarding and fishing experiences. It’s a straight shot to Bermuda across the ocean, though the view is somewhat impaired by the hulking cruise liners drifting in and out of the harbor. North of the beach, the Kennedy Space Center offers prime rocket-launch viewings. BYO tent, or glamp it up a bit with one of the campground’s log cabins. With a gorgeous sunset to cap it all off, those campfire stories are bound to stretch well into the early hours. Recommended by local insider Katie Davis

Offering a cheaper alternative to Disney’s camping grounds, Moss Park does a good job of advertising the benefits of proper outdoor camping. Tucked on a scruff of land between Lake Hart and Lake Mary Jane, the park forms part of the Split Oak Preserve, a 2,000-acre (809ha) forest named after a 200-year-old oak tree that split down the middle – and survived. At dusk, white-tailed deer, gopher tortoises and raccoons venture out into the open, while the freshwater beach becomes flushed with herons, ibises and blue-gray gnatcatchers out to catch their pick of fish. Both regular tents and RVs can stake a claim to a piece of land, though if you don’t have a great sense of direction, it’s best to take one of the park’s orienteering courses. (They’re not just for kids.) Recommended by local insider Katie Davis