An Underwater Native American Burial Site Has Been Found in Florida 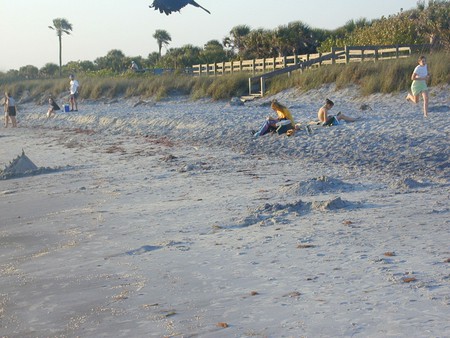 Human remains were recently found off the coast of Venice, Florida | © rickpilot_2000 / Flickr

You may associate Florida with many things—sunshine, Disney World, and beaches come to mind. But thanks to a recent discovery just off the coast of Florida, it’s time to add ancient burial grounds to the list.

In the summer of 2016, a diver searching for fossils from the Megalodon (a huge shark species that is now extinct) came across a barnacle-festooned jaw; fascinated by it, he picked it up. After sending a picture of the jawbone to the Florida Bureau of Archaeological Research, the Bureau quickly determined the jawbone had, in fact, belonged to a human.

The Bureau quickly set off to explore further. Approximately 300 feet (91 meters) from the shore and 21 feet (six meters) below the surface, the team began coming across yet more human remains that looked to be from prehistoric times. The team realized they had discovered a Native American bog burial site, which had been incredibly preserved for thousands of years. 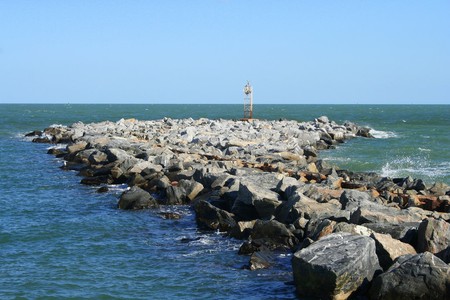 How did this burial ground come to be subsumed beneath the sea levels? About 14,000 years ago, the world’s climate began to warm, and parts of Florida that had been above ground began to melt under the waves. These grounds included burial grounds.

The team went back later the next year and found more human remains on the seabed. Radiocarbon tests showed that the remains dated back to the Early Archaic period, which is when Florida’s hunter-gatherers were beginning to cluster and live in permanent villages.

And this is just the latest discovery in a string off the coast of Florida. In the 1980s, construction workers found similar remains off the coast of Cape Canaveral, which dated back 8,000 years and contained over 160 skeletons, some with their brains still preserved. 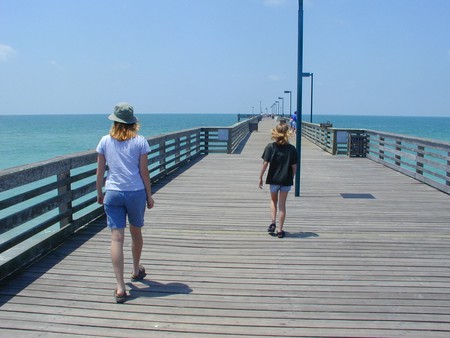 Textiles and sharpened stakes have also been found with the bones, which alludes to burial practices that ancient Floridians employed. According to a researcher with the Bureau, when a member of the village died, they were wrapped in handwoven fibers and sunk to the bottom of a pond. The stakes would have been pounded into the pond bed around the body.

The bones are currently going through a drying and desalination process at a university in Florida. Once they do, they will be eligible to be repatriated under the Native American Graves Protection and Repatriation Act.