An Introduction To Florida Literature 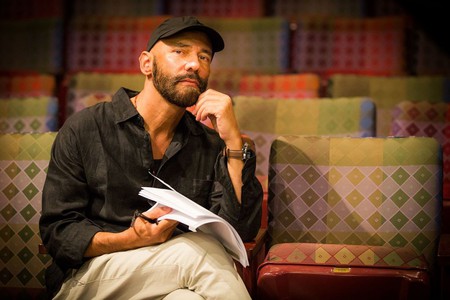 Florida’s written history may be a relatively short one, but that doesn’t mean that there haven’t been world class writers and books to come out of the Sunshine State. The books and poems produced in Florida usually touch on themes common to early settlement life, such as sprawling wilderness, majestic ecology and dangerous yet rewarding adventure. Themes of racial tension and political oppression are also common in Florida literature coming from the 19th and 20th centuries. Recent Florida writing focuses more on the corruption, greed, crime, sex and drugs, taking a darker, though often satirical, view of life in Florida. Here, Culture Trip has put together an introduction to Florida’s best writers, as we explore the impact that literature has had on our understanding of Florida as it has evolved from a wild frontier to a cultural melting pot and global symbol.

One of the very first examples of Florida literature is Travels, by William Bartram, which charts the wilderness of the 1780s in Florida and Georgia. The contemporary poet, Campbell McGrath, does a riff on Bartram in his phenomenal collection, Florida Poems. The book is about Bartram’s travels through Georgia and east Florida, where, after being commissioned to explore the Florida territories and collect specimens of unfamiliar plants, he encounters Seminole Indians along the St. Johns River and the Alachua Savanna. In many ways, Bartram sets an agenda for Florida literature that we are still responding to. 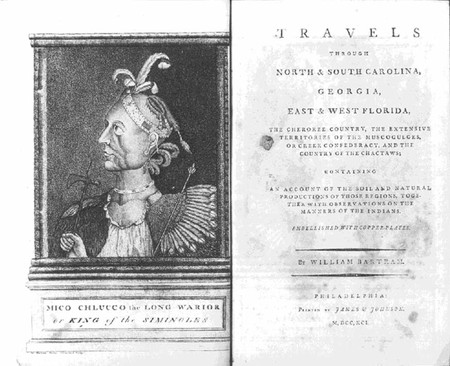 Next on our list is Nilo Cruz, author of the play Anna in the Tropics, which won the Pulitzer Prize for Drama in 2003. Set in Ybor City, a historic district of Tampa, Anna in the Tropics is another telling piece of literature that describes one of Florida’s earliest encounters with Cuban immigrants and the lucrative cigar industry. When Cuban immigrants brought the cigar-making industry to Florida in the 19th century, they carried with them another tradition; as the workers toiled away in the factory hand rolling each cigar, the lector (historically well-dressed and well-spoken), would read to them. It was the lector who informed, organized and entertained the workers until the 1930s, when the rollers and the readers were replaced by mechanization. In the play, the lector reads Anna Karenina, sparking the characters’ lives and relationships to spin out of control. 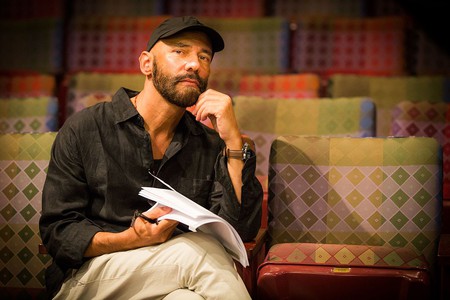 Marjorie Kinnan Rawlings has the honor of being our next profiled Floridian author. Her first attempts at writing a novel weren’t successful, but that didn’t put her off. Marjorie went to her editor Maxwell Perkins, who had previously worked with F. Scott Fitzgerald and Ernest Hemingway, and asked him for advice. He told her to write what she knew, meaning her own experiences in her personal life. This advice led Rawlings to write The Yearling, the best selling novel in America in 1938. Set in the backwoods of central Florida, The Yearling tells the story of young Jody Baxter’s coming of age. Some of the major themes in this book include hardship, interfamily conflict and man’s relationship with nature.

Did you think we’d forget Zora Neale Hurston’s Their Eyes Were Watching God? Not a chance! This novel, set in central and southern Florida in the early 20th century, is considered one of the most important works in both African-American literature and women’s literature. TIME included the novel in its 2005 list of the 100 best English-language novels published since 1923. This story is about Janie Crawford, a young fair-skinned woman, who is trying to figure out what her destiny has in store for her. Set in a time of extreme racial tension and animosity towards African Americans, this booked helped to shed light on many pressing political and racial issues of the time. 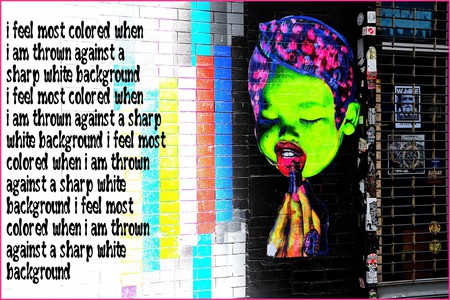 When you think of Florida writers, one of the most famous names that comes to mind is Ernest Hemingway. Although he wasn’t born in Florida, we associate his name with the Florida Keys; he and his wife Pauline made the Keys their home after a brief stint in Cuba, following the Great War. Two of his most highly acclaimed novels that he wrote during his stay in Key West were Death In The Afternoon and The Snows of Kilimenjaro. The famous Hemingway House is open to the public and has been maintained in its original state, complete with famous works of art and the peculiar 6-toed cats roaming the gardens and pool. 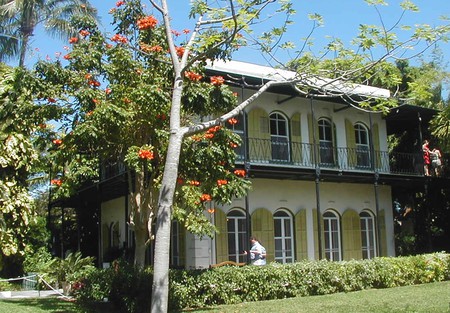 The Hemingway House in Key West, where Ernest wrote many of his famous books. | courtesy of Roger W/Flickr

Carl Hiaasen is Florida personified. No man has his finger on the pulse of south Florida life like Hiaasen does. A graduate of the University of Florida and long-time writer for the Miami Herald, Hiaasen has written many satirical novels with quirky characters that are typical of south Florida. Some of his best works include Double Whammy, Stormy Weather, Bad Monkey, Skinny Dip and Star Island. Hiassen knows south Florida like the back of his hand, making his novels as authentic a collection of South Florida literature as you could ask for. Hiassen has also written nonfiction and children’s books, the most notable being Hoot, which was adapted into a movie in 2006.

New novel is finally done. Warped as usual, but so is Florida. Will be published in Sept.