A Guide to the LGBT Scene in Orlando 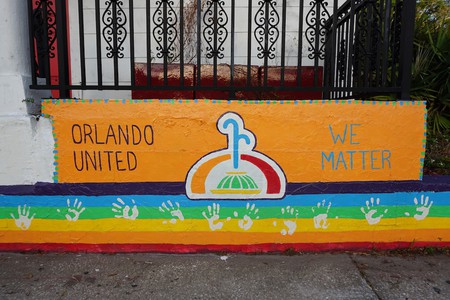 Orlando has long been a destination known for its sunshine. But in the summer of 2016, The City Beautiful experienced its darkest day. June 12th marks the anniversary of a tragic event that altered Orlando’s identity and forever changed its history. On that summer night, a gunman entered a popular gay club in downtown Orlando and opened fire, killing 49 and injuring 68 people enjoying dance and music.

Some victims were gay, some straight, some Latino—but all were people loved and embraced by the Orlando community. The attack on Pulse Nightclub shook Orlando and was mourned all over the world. In the wake of the tragedy, the City of Orlando and its denizens made it clear that the hate that inspired the crime would not stain its identity. Since that summer night, the city and its businesses have emphasized that all are welcome here. Today, Orlando continues to work to support its LGBT community and provide a place of safety, acceptance, and love for all who live and visit here.

Read on to discover how to experience the many facets of Orlando’s vibrant and strong LGBT community. 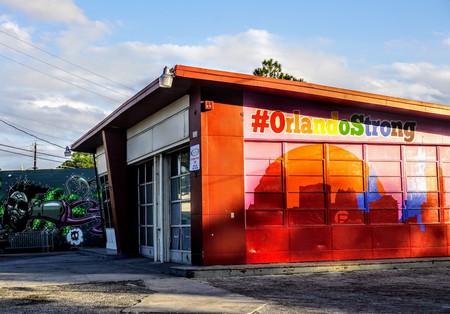 For the latest in Central Florida LGBT news, pick up a copy of Watermark. The newspaper circulates twice monthly and is often found alongside Orlando Weekly, a liberal, gay-friendly publication. Watermark Online features a handy calendar of events if you’re looking for shows, gallery openings, trivia nights, or the like.

The Mills 50 area is home to a number of rainbow-painted eateries welcoming the LGBT community. It’s also a foodie hot spot and attracts cocktail connoisseurs, so it’s hard to go wrong eating on this strip. 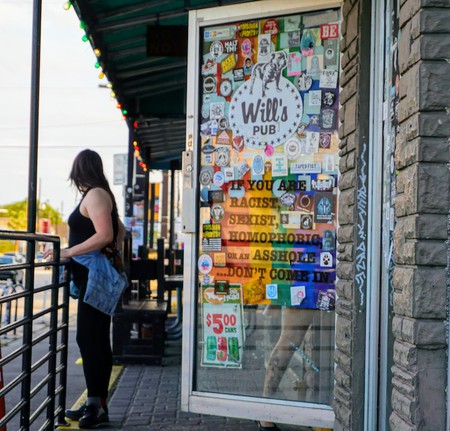 For a particularly flamboyant diner experience, head to Hamburger Mary’s, on downtown Orlando’s historic Church Street. Here you can enjoy live entertainment in the form of drag queens performing cabarets and comedy shows.

Where to drink and dance

Please join us this Sunday to raise funds for the Pulse staff, all the victims and their families. One city, One community, One pulse!

Stonewall Bar sits not far from the Amway Arena and offers an “industrial chic” ambiance with a neighborhood bar feel. Here you can grab bar eats and cocktails in their main dance hall, on their patio, or with a view of the Orlando skyline at their Sky Bar. Stonewall hosts an assortment of theme nights, including Bingo Nights, RuPaul Viewings, Karaoke, and T-dances. Check out their calendar of events.

Other notable gay bars and nightclubs include Savoy Orlando, Southern Nights, and the Full Moon Lounge at Woodstock.

Orlando’s Gay Days in June is a week-long celebration for the LGBT community. Businesses all over the city participate by hosting special deals, parties, and shows for the incoming LGBT visitors who travel to Orlando specifically for this week. Participants in the celebration attend the area theme parks wearing red shirts, a way to show the scope of the LGBT community. Visitors can also attend an entertainment and business expo with hundreds of LGBT vendors offering services and products catered to the community. In October, don’t miss Orlando’s Gay Pride Festival and Parade hosted by Come Out With Pride, Inc.

If you’re a sports fan, you will want to catch an Orlando City soccer game, watching The Lions or The Pride (female team), but keep in mind that the games, loved by locals and visitors alike, often sell out. The newly built Orlando City stadium proudly sports 49 rainbow colored seats in remembrance of the lives lost to the Pulse shooting. The seats signify the power of sports to unite and uplift a community.

Got that right. #WelcomeHome

If you’re looking for Orlando’s queens, they’re performing at The Parliament House, a gay bar, club, and hotel. “P-House,” as Orlandoans refer to it, is home to the Footlight Theatre, which brings in local and international drag entertainment. You can find the Footlight Players performing there regularly, and for RuPaul fans, this is where Ginger Minj got her start, helping her earn the moniker of “Comedy Queen of the South.”

For more edgy entertainment and drag performances, head to Orlando Fringe, a seasonal festival that takes place in Orlando’s Loch Haven Park. Their philosophy is “100% UNCENSORED, 100% UNJURIED…100% INCLUSIVE.” Get up close and personal with the diverse Orlando Theatre Arts community at this fun summer festival.

Orlando’s love for its LGBT community is evident by its rainbow-painted amphitheater and its rainbow-illuminated fountain in central Lake Eola. These permanent monuments serve to welcome diversity to the City of Orlando, whether they are visitors or residents.

For those looking to pay respects to the victims of the Pulse attack, the nightclub will soon be an official memorial. If you wish to contribute to the construction of the memorial and museum and provide assistance to those directly affected by the attack, you can donate to the onePULSE foundation.

Today we remember. The road to healing is long and the path winding. However, together we will ensure that the 49 angels who tragically lost their lives 11 months ago are never forgotten, the first responders and emergency workers who showed true courage and compassion on June 12th, 2016 are forever hailed as heroes, and that the families and survivors affected know that we will never let hate win.

The LGBT Center of Central Florida

For more information on the LGBT community in Orlando, visit The LGBT Center of Central Florida. The center has been in operation for over 38 years, making it one of the oldest in the nation. It provides a safe place for LGBTQ people, as well as programs and services to help strengthen personal well-being.

The Zebra Coalition is an organization that provides a haven for gay youth between the ages of 13–24. Their services capitalize on a network of groups, allowing them to offer assistance ranging from health to housing and even education funding for LGBTQ youth. 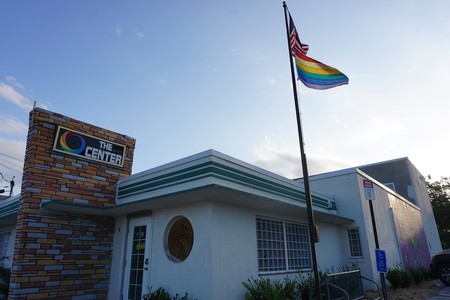