A Guide to Sailing in the Florida Keys 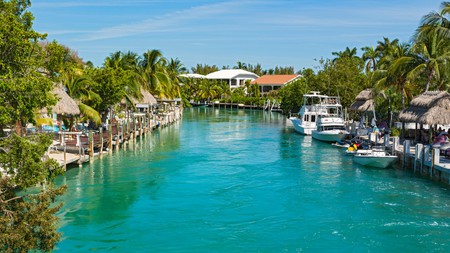 There are over 880 reasons why the Florida Keys are the best yacht charter destination in America. This endless chain of coral islands wiggles from Miami to Key West in a sandy necklace licked by the sun. Only 30 of the islands are populated – mainly by lucky park rangers and oyster shack shuckers. Anchor off the hundreds of other Florida Keys for dolphin spotting, mangrove kayaking, desert island picnics and whirlpool-warm seas. Access? Solely by sea.

Pack a telescope and a stargazing app to spot Jupiter, Venus and Mars. Less than 100,000 people live in the Florida Keys, who are blessed with cloudless nights and unpolluted skies. The sandy beaches of Big Pine Key are the only place in the United States where astronomers can see the Southern Cross constellation. Park yourself under a palm tree and look to the heavens.

Shhh. The Florida Keys extend just under another 100km (62mi) west from Key West in the form of the Dry Tortugas. This little-known collection of coral islets is protected within a National Park that’s 99% water. The archipelago is linked by an irregular ferry service and hosts a single rustic campsite, making a chartered yacht the ultimate way to arrive. From the deck, spot loggerhead turtles, bottlenose dolphins and magnificent frigatebirds. 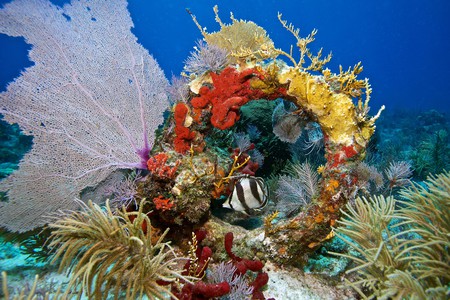 Key West’s line of petite marinas is sheltered on the northern side of the island – a stroll away from dozens of oyster shacks and lobster houses. Conch Harbor Marina offers free bikes, document printing and hammocks to sailors who tie-up – plus iced beers, two restaurants and a fishing store. Call ahead or contact them on open VHF Channel 16. Paradise is a tie-up to a mooring buoy off Looe Key – while the island is a National Marine Sanctuary where sea life congregates in droves. Leap over the side to see parrotfish, butterflyfish and jacks. As with all coral reefs, look but don’t touch. 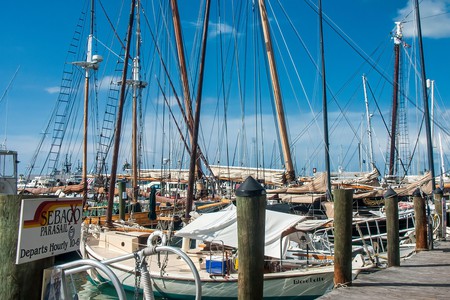 Where to eat and drink in the Florida Keys

The sustainable larder of the Florida Keys is stocked with stone crabs, mahi-mahi and lionfish – where your menu should include shrimp tacos, Cuban pork and conch fritters. All crowned by a calorific wedge of key lime pie. No establishment on Key West can be considered fancy – Red Shoe Island Bistro simply gathers top drawer ingredients then serves them on the half shell, au beurre, or simply grilled. Harpoon Harry’s is as unabashed as its name – Join salty seadogs for a lobster po’boy or a seafood platter with the works. Pair with Bigger Boat White, a malty pilsner beer brewed in the Waterfront Brewery in Key West. 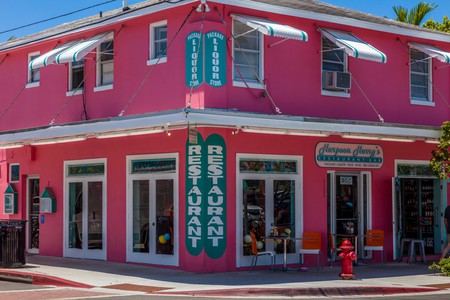 Sailing a motorized catamaran is a cinch by chartering a yacht with SamBoat. You can cruise the Florida Keys – with or without a skipper – with horsepower under the bonnet and not a single sail to worry about. Hire a vessel with Dream Yacht Charter, from skippered charters to bareboat fleets, let the captain do the work unless you’re a sailor. 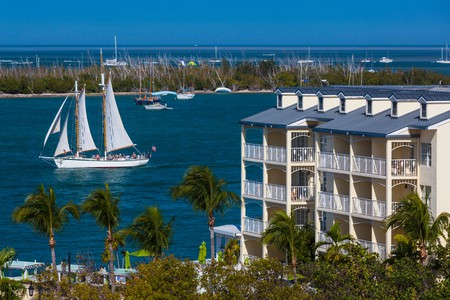 Where to get groceries in the Florida Keys

New Market is the marina neighborhood store for pickles and mayonnaise to accompany your lunch on Picnic Island – yes, there’s a clue with that name. The Sunbeam Grocery, a few blocks east of Key West’s marina strip, is bigger and less expensive. Stock up on all-American snacks, international beers and Taittinger Champagne to bring out your inner James Bond.

Climate and weather in the Florida Keys

As a yacht charter destination, Florida is fabulous for up to 10 months per year. Easterly winds promise 10-knot breezes through spring and autumn, rising to 15-knots in winter. Best of all, the reefs that surround the “American Caribbean” ward off choppy seas. Sunny? The Florida Keys and Miami Beach are the only places in the continental United States that have never recorded a frost. Winter highs average 25°C (76°F) while sea breezes stop summers from scorching. The only poor period for sailors is between late August and early October when sultry squalls and the occasional hurricane drift in. Sailors are advised to keep a keen eye on tides, too. 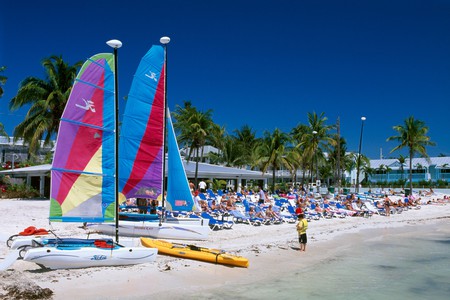 How to get to the Florida Keys