A Cultural Guide to Naples, FL: From Golf to Great Art 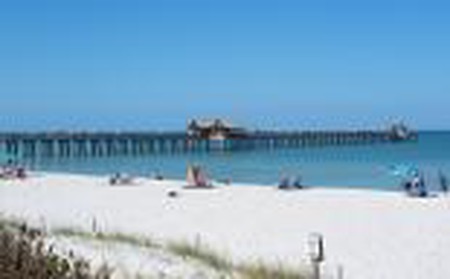 Since the 19th century, when it was only accessible by boat, the small city of Naples, Florida, has drawn tourists. With beautiful sandy beaches and gorgeous weather, Naples was voted the 9th among Best Small Towns in America by the Smithsonian in 2012. We take a closer look at the art, culture and even golfing scenes in this seemingly idyllic spot. 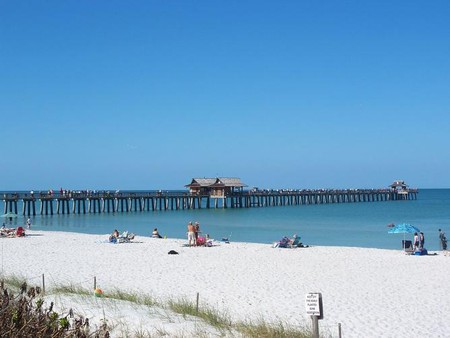 Sometimes even culture lovers need a taste of the great outdoors, and that’s where Naples’ great golf scene comes in. There are honestly dozens of 18-hole marvels to choose from in this city, but probably the crème de la crème is the Tiburón Golf Club, found in North Naples. Tiburón is just minutes away from the best beaches, boutique shopping and cultural venues that Naples has to offer, but still manages to offer two great courses over 7,000 yards that will suit anyone from the keenest golfer to the casual enthusiast. The Gold course has a lot of character and design features like sod-wall bunkers, coquina waste bunkers, and risk reward holes – not to mention a healthy supply of bunkers. The Black course is a little less forgiving, but is appropriately tricked up. 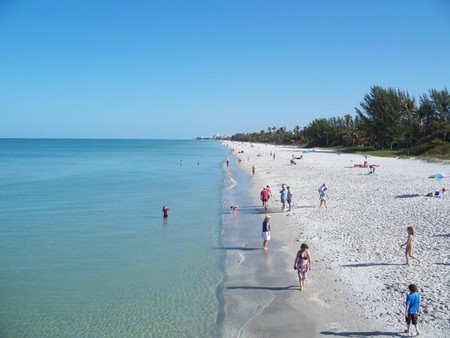 Next to Tiburón visitors can find the Naples Grand Golf course, another fair and playable course routed through pine trees, wetlands, and natural areas without a house or condo in sight – something of a rare feat for the property-friendly Naples. But the wealth is spread; another course, The Rookery, is located a few miles south, and has surprising conservation credentials – it’s an Audubon sanctuary for birds, and is routed through natural wetland for a beautiful effect and plenty of wildlife. Despite this, the course is maintained well with large fairways and a series of waterways, lakes, ponds and marshes throughout.

Found in a quiet and scenic setting with few houses in sight, not all of TPC Treviso Bay is playable to the public, but what’s available is well worth the effort. Customer service and conditioning is first class, and as would be expected of the Naples Champions Tour Event the course itself is a strong set of long par-4 holes and a monster par 5, well-bunkered and with water on every hole. Finally, Hammock Bay offers something of a challenge (especially off the tee), and requires good management from golfers to play the holes effectively. And bordered by water and wetlands with a lot of sand, it certainly epitomises the classic Florida golf course. 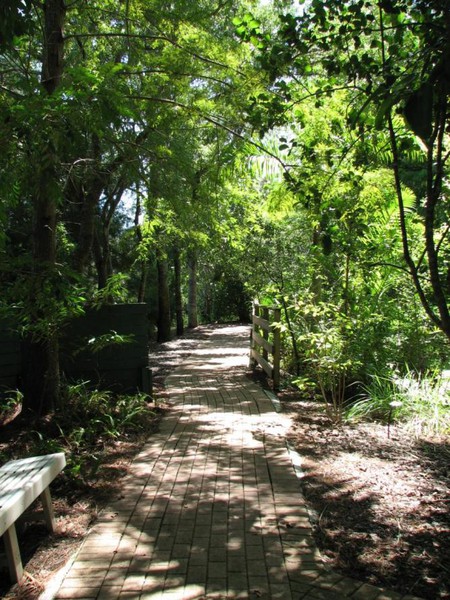 To begin with, van Bergen’s Philharmonic. Now holding 400 events between September and May every year, its humble beginning were from an amateur group on the nearby Marco Island. Since then it has gained a state-of-the-art concert hall which hosts events ranging from classical and chamber music performances to pop concerts and Broadway musicals, not to mention appearances by the Miami Ballet and the Sarasota Opera. And it’s not the only local organisation made good. The city can also boast of a nationally recognised community theatre, which often surpasses professional productions in the popularity polls and currently plays to an audience of over 65,000 patrons annually – The Naples Players.

Still, the professionals are worth checking out – Florida’s only Professional Equity Regional Theatre Company, TheatreZone, can be found in Naples. And any theatre lovers are sure to find something unexpected on show – the company’s main aim is to perform ‘Lost treasures of Broadway’. This means shows that are rarely performed on big-city stages, but are definitely worth reviving. Of course, for anyone who does fancy the blockbusting shows Naples has that covered too in the form of its original Gulfshore playhouse, host to big shows, contemporary plays and world premieres to rival the best of theatre programmes in the country. 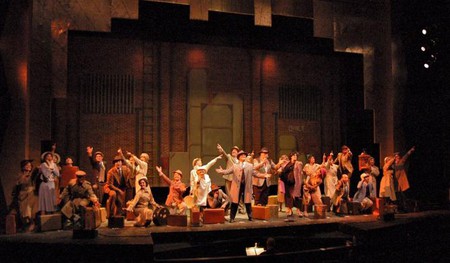 For those of a more historical bent, Naples offers a wide range of great museums that can entertain the whole family, including the Collier County museums system, which uses five unique facilities (some in Naples) to provide different social and archeological glimpse’s into the area’s past. The Museum of the Everglades (which examines local history over the last few centuries) is one of them, as is the Naples Depot Museum (exploring the impacts of the railroads and technology on the area through interactive exhibits) and The Immokalee Pioneer Museum. And that’s not even mentioning the Golisano Children’s Museum of Naples, which is perfect for children.

Still, some cultural activities might be a bit much for the children, and parents should feel free to leave them behind to experience the sophisticated delights of the local opera scene. In Opera Naples the city also offers tourists the opportunity to delve into high culture before hitting the beach. Set up in 2005 to meet a lack of opera in southwest Florida, the company has since produced classic operas that have been a hit with the critics (as recorded on their website) and fans alike, with some shows selling out quickly. Recent shows have been held in the Artis Naples Philharmonic, which the local orchestra (and the Baker museum) also call home. 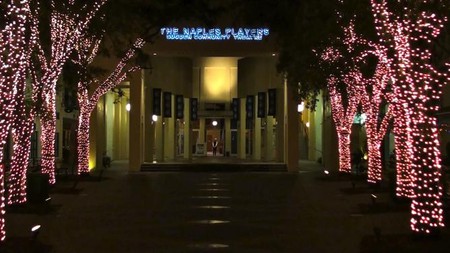 Speaking of the Baker museum (formerly known as the Naples Museum of Art), it seems unlikely that any culture vultures who head to Naples will want to miss out on this diverse collection of art, housed in a 30,000 square foot venue of 15 galleries. With a cycling collection of exhibitions there’s always something to see no matter how often visitors return, but permanent collections to whet the appetite include exhibitions of American modernism, 20th century Mexican art, sculpture and 3-dimensional art. And the Museum is something of an artwork itself; design features include the Museum’s entrance gates, designed by renowned metal artist Albert Paley, and a Persian Ceiling created by popular glass artist Dale Chihuly.

The art doesn’t stop there; Naples has its own Art Association, housed at the Von Liebig Art Center in Cambier Park. The Naples Art Association (aka Artis Naples) aims to promote and advance education, interest and participation, with a view towards helping up-and-coming artists in the process. These efforts include outreach programmes and opportunities to exhibit, meaning there is an eclectic mix of old and juvenile art that makes a potent combination. Currently the association is celebrating its 6oth anniversary, with exhibitions related to this as well as the USA’s National Photography Exhibition set to enthrall audiences over the summer.

For art a little off the beaten track, visitors could try some of the one-man operations to be found in Naples, such as the Phil Fisher Gallery, where the eponymous watercolour and oil specialist plies his trade. Another local, Emily James, offers similar fare at her Emily James Studio and Gallery. A slightly more unusual effort can be found in ‘The Lady from Haiti’ Caribbean art gallery and gift boutique, which offers authentic Haitian papier mache craft objects, steel drum art, Haitian Paintings and much more. The eclectic Calusa gallery, featuring limited edition giclées, serigraphs and etchings with Florida and European motifs is also well worth a visit, as are photography institutions like the Cunningham gallery and the Everglades Gallery.

Nevada | Las Vegas Gets an Arts and Culture Face-Lift