A Brief History of the Hindu Temple of Florida 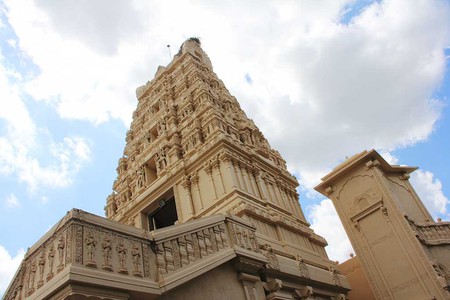 In the early days of 1983 it was just a dream—an authentic Hindu temple built in the architectural style of Southern India but located in Tampa, Florida. It would be a spiritual home away from home—a visual reminder of the old world where members could practice the Sanatana dharma or “ancient way” of Hinduism.

Envisioning a Hindu temple in Tampa

At first the founders met in houses, forming a community and raising money. The temple they imagined wouldn’t just house statues, but would perform the necessary functions of spiritual life for its people. It would be an orthodox, ritualistic temple that would worship the gods seven days a week. While there is one god in Hinduism there are many manifestations thereof—such as Ganesha, the elephant-headed god of beginnings and wisdom; Vishnu, the god of truth; or Shiva, the dancing god of creation, maintenance and destruction. 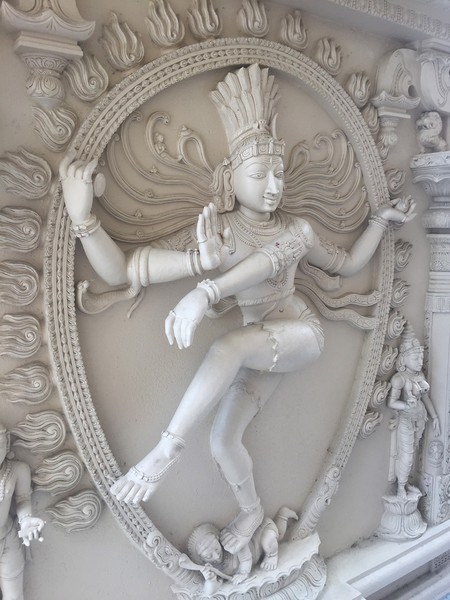 In 1989 the group purchased 15 acres of land on Lynn Road in Tampa. It came with a building that was temporarily used as a temple while plans were being finalized for its replacement. The goal was for a shell-based concrete material able to withstand Florida weather, but with authentic Indian carvings depicting the many manifestations of Hinduism. The raja gopuram, or main tower at the entrance of the temple, was to be 84 feet tall—the tallest Hindu temple in the United States, limited only by the runway needs of the nearby Tampa International Airport.

Indianization of the temple

In 1996 an Indian saint and leader of all Hindu monks traveled to Florida to perform the consecration ceremony according to Vedic tradition. A few years later in 2000, 15 Indian artisans were flown in from Southern India to cover the exterior walls with artwork. For six years they hand-carved the hundreds of figurines and statues that adorn the temple. In India, temples are made of stone or granite, but the craftsmen adjusted to the needs of the area and made their carvings in concrete. The result is an ornate, exotic house of worship rising above its ordinary neighborhood.

The temple has a full-service canteen serving traditional vegetarian food to members. They also provide many types of classes to families including Sunday school, art, music, and language, meant to instill a sense of cultural awareness in their children. The $7 million in debt incurred to build the temple has now been paid off, so the group is setting its sights on building a school. 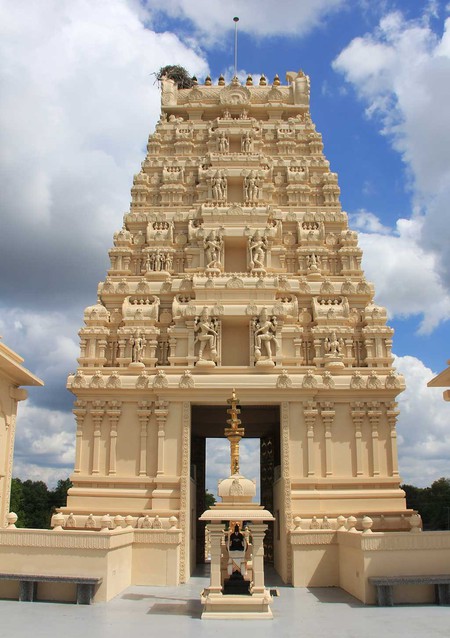 Visit the Hindu Temple of Florida

The Hindu Temple of Florida is located just north of Tampa International Airport. The building was constructed between 1989 and 1996, and its ornate carvings were added from 2000 to 2006. It is the tallest Hindu Temple in the United States and offers tours on weekends, which can be scheduled on the temple’s website. Visits can be scheduled on the temple’s website, last an hour-and-a-half, and explain details of both the temple and the Hindu belief system. Modest clothing is suggested.