A Brief History of the Freedom Tower in Miami 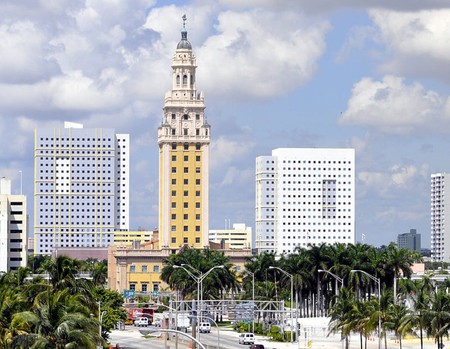 Nestled along downtown’s busy Biscayne Boulevard, the Freedom Tower stands as an iconic symbol of the Cuban population in Miami. The tower is now home to a modern-day contemporary arts museum, but its rich history is forever stamped in the hearts of many Miamians who can relate to the Latin American migration to the city.

The Freedom Tower was built in 1925, designed in a Mediterranean Revival style with a decorative cupola inspired by the popular style in Seville, Spain. The building was used as the headquarters of local newspaper, The Miami News, before it moved to another site. It was not until the 1960s that Cuban refugees fleeing the communist regime in Cuba would make use of the building.

Once Cuban leader Fidel Castro took power of the island in 1959, Cuban business owners and the society’s middle-class, who had much to lose with a communist government, began to migrate to the shores of Miami. With the influx of immigrants being much to bear, the U.S. government decided to use the tower as a facility to process and document the new residents, as well as provide medical services to those in need. 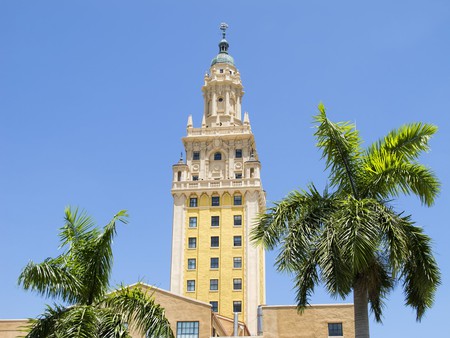 The once sleepy beach town of Miami with a mainly white American and black population would quickly become a buzzing multicultural city. About 500,000 Cubans migrated during the 1960s and 1980s, arriving by airplanes, boats, and those unlucky few in self-made rafts.

At first, the newcomers settled primarily west of the Freedom Tower in an area known today as Little Havana along “Calle Ocho,” or, Eighth Street. But as the Cuban population grew, they relocated sporadically throughout the city, and brought forth a wave of change in the cultural dynamics. Spanish became a popular spoken language, used in businesses and in schools, prompting other refugees fleeing wars and economic hardships in their respective countries to flock to the city in search of better opportunities.

By 1972, the federal government stopped using the Freedom Tower as a migration facility and sold it to private buyers. Since then, the Freedom Tower ownership has changed several times. It has housed museums, libraries, meeting halls, and was even used as a space to observe the death of legendary Cuban singer Celia Cruz in 2003. 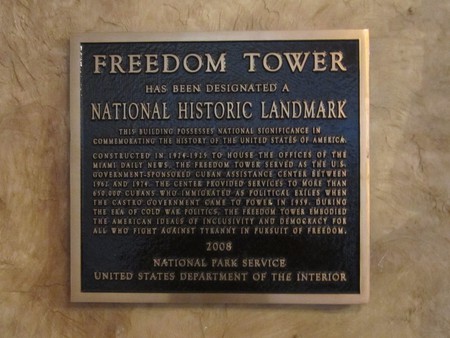 In 2005, the building was was donated to Miami Dade College, and today it is home to the MDC Museum of Art and Design. The Freedom Tower is listed on the National Register of Historic Places.