A Brief History of the Ferdinand Magellan Presidential Railcar in Miami, FL 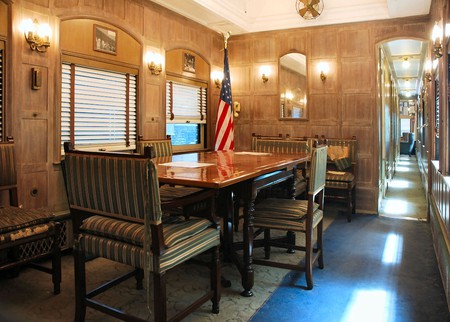 The only passenger railcar ever designated a National Historic Landmark by the U.S., the Ferdinand Magellan Presidential Railcar served as the train transport for presidents throughout the years. A Pullman railroad car, it is now housed in the Gold Coast Railroad Museum in Miami, Florida. Here’s your need-to-know guide.

The railcar dates back to 1928, and was one of six cars named after famous explorers – the other railcars include David Livingstone, Henry Stanley, Marco Polo, Robert Peary and Roald Amundsen. But it was not until 1942 during World War II, that it was selected as the presidential railcar for President Franklin Roosevelt. Secret Service agent Mike Reilly and White House Press Secretary Stephen Early suggested the president needed an armored car for maximum security, and President Roosevelt only acquiesced to having a special car rebuilt for him when it was said the railcar would serve for future presidents after him. 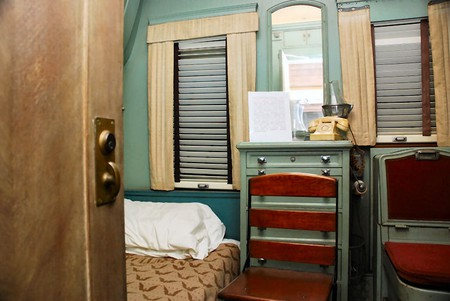 The railcar then underwent a reconstruction to include extra security features such as bullet-resistant glass windows, armor plates, and bank vault style entrance doors. The original six bedrooms of the car were also reduced to four, as two of the bedrooms were made into a suite for the President and the First Lady. The car was also air-conditioned.

President Roosevelt’s first trip on the Ferdinand Magellan was to Miami, Florida in 1943. He boarded the railcar several times during his tenure as president until his death in 1945. The Ferdinand Magellan then went on to be designated to President Harry Truman who gave his famous whistlestop campaign speeches from the open platform of the rear end of the car. The photograph of President Truman and the infamous issue of the Chicago Daily Tribune that mistakenly announced in its headline the win of Republican candidate Thomas E. Dewey in the 1948 presidential election (when it was Truman who had won) was snapped on the Ferdinand Magellan platform. 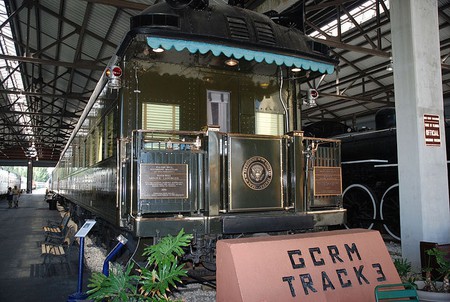 View of the railcar in Gold Coast Museum | © Alexf / WikiCommons

After President Truman, it was then allocated to President Dwight D. Eisenhower who made little use of the train. The train was used for the last time in 1954, when it was declared surplus and acquired by the Gold Coast Railroad Museum which still houses it today. Visitors to the museum are able to get a tour of the exterior of the Ferdinand Magellan U.S. Car No.1 Presidential Railcar. The interior however, has been secured for preservation needs.