A Brief History of the Columbia Restaurant in Tampa, FL 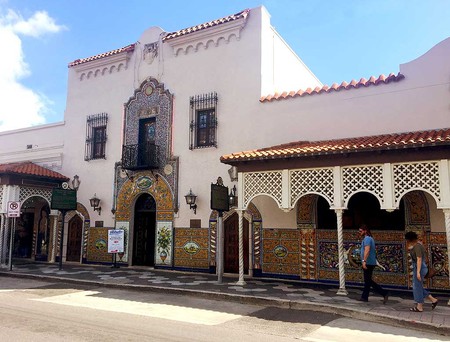 The streets of old town Tampa can feel like another place and time. Cobblestones provide a reference to history, cigar stores contribute a sense of place, and a very large Spanish-style building offers a feel for the culture. This is Ybor City, an area with rich Cuban history and the Columbia Restaurant has been at the center of it all since 1905. 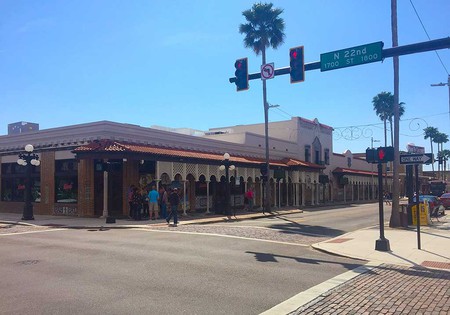 Columbia Restaurant began life as a small cafe serving authentic, reliable food such as Cuban sandwiches and café con leche, Cuban coffee, to armies of cigar makers longing for a taste of home in Ybor City. Business flourished alongside the cigar industry and when a property next door became available, Casimiro expanded the restaurant before handing it over to his son, Casimiro Jr, in 1930. 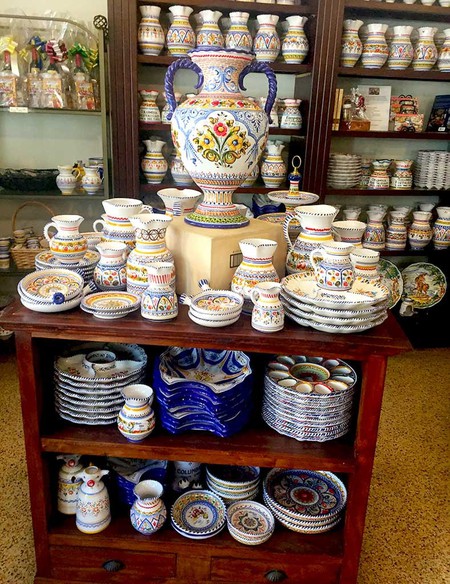 During the Great Depression, Casimiro Jr added an elegant, air-conditioned dining room with music and dancing, elevating the Columbia experience beyond culinary to cultural. He named his expansion the Don Quixote Room, a reference to classic Spanish literature. While the cigar industry in Ybor City was winding down the restaurant was handed off to his daughter Adela and her husband Cesar Gonzmart in 1953.

Adela and Cesar shared an interest in music: she a concert pianist, and he a concert violinist. They left their mark on Columbia by bringing in world-renowned Latin musical acts and making the Columbia the venue for quality entertainment in the area. Cesar built the Siboney room in 1956, a large showroom fit for live performances. 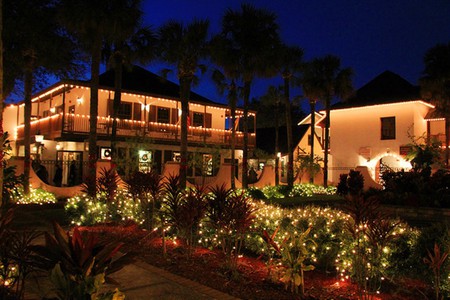 The couple and their sons also opened the Sarasota location in 1959, the St Augustine location in 1983, the Sand Key location in 1989, the Celebration location in 1997, the Riverwalk location in 2009 and the Tampa International Airport location in 2012. Their children Richard and Casey began working in the restaurant at age 12 and helped with the expansion after attending hotel and restauranteur programs in Spain, Switzerland and France.

Casey and Richard currently run the Columbia with help from their children, the future owners of the restaurant. The flagship Tampa location inhabits a full city block, has 15 rooms and can seat up to 1,700 people at once. 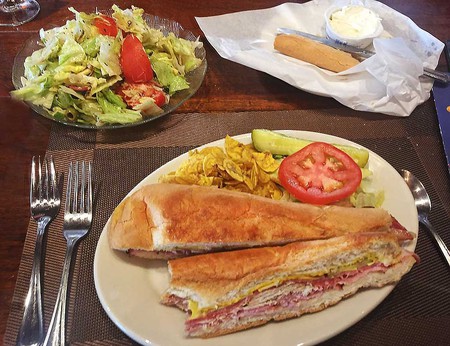 The Original "1905" Salad mixed table side and the Original Cuban Sandwich at the Columbia Restaurant, Tampa. | @ Diann Corbett Johnson

Columbia offers an eclectic menu of Cuban and Spanish cuisine. Some of the most famous dishes are the Original “1905” Salad, the Original Cuban Sandwich, Various Tapas, Paella, Café con Leche and Flan. Flamenco dancing and jazz are regularly performed on-site. The restaurant has a gift shop, a museum depicting the various eras of the restaurant, and regularly attracts celebrities and sports stars.