Miami Fashion Designers To Look Out For 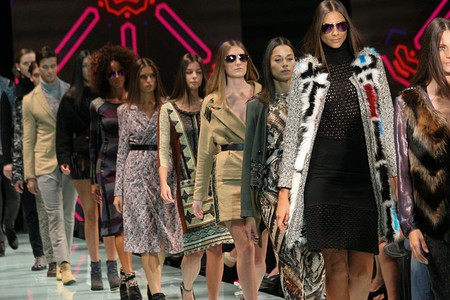 If you’ve ever been to Miami, you’ll know the importance of being glamorous. Miami is quickly becoming a fashion Mecca; aspiring designers from many different parts of the world are traveling here to educate themselves in the art of creating beautiful, sexy and elegant designs. Here, Culture Trip presents Miami fashion designers that have made it big.

Born in Cuba, Rene moved to Miami at a young age and knew early on that fashion and design were what intrigued him the most. He earned a degree from the International Fine Arts College in Miami, and soon thereafter Rene began honing his skills through apprenticeships in Europe. Rene is known for fusing his own inspirations with Miami’s rich cultural heritage. One way in which he does this by creating his own fabrics, and utilizing his unique style that blends old world craftsmanship and modern Miami glamour.

This Miami fashion designer with a background in big brands such as Victoria’s Secret recently launched a women’s tennis line. She knows the challenges of fashion and clothing manufacturing in Miami. Jessica is the founder and CEO of a startup called Apparel Design House, a firm that helps other fashion visionaries launch their lines. Recently, she has dedicated her attentions to a line of women’s tennis fashion that’ll soon debut under the name Center Court Activewear.

Having recently opened his own boutique in Miami’s MiMo District, Julian Chang is taking the fashion design world by storm. Julian is a Peruvian-born, Miami-based designer, whose collections include custom-made bridal wear, evening wear, and contemporary ready-to-wear designs. His new boutique offers a cornucopia of couture options, including pieces from his ready-to-wear collection as well as a line of unique accessories and selected menswear – all made in the USA!

A photo posted by Julian Chang Boutique (@julianchangboutiquemiami) on Aug 17, 2016 at 8:39am PDT

Among Lisu Vega’s most important runway appearances were her collections at Miami Fashion Week, Fashion’s Night Out, Cotton 24 Hours, and she has presented her collection The Beast at New York Fashion Week 2014. Lisu gains inspiration from art, music and the people she meets on her tours of the fashion world. Her fashion designs reflect her confidence and creativity, whilst her clothing lines and accessories are available in exclusive fashion locations such as Miami, Los Angeles, and New York City. Lisu Vega is also very proud of her Venezuelan heritage, and she is always finding new ways of incorporating this culture into her life’s work.

Are you looking for a head-turning, jaw-dropping, dress design? If you are, then Colombian fashion designer Fabrizio De Castro is the man to turn to. He specializes in haute couture and his dresses have people in the fashion world talking. Women making a statement look to this Miami fashion designer for sophisticated glamour and sparkle. His unique style for combining art, colors, innovation, but at the same time simplicity and affordability, have resulted in him winning numerous awards at recognized fashion shows in cities that include both Miami and New York City.

Gomez Gracia is a Madrid-born Miami native who’s up-and-coming label is receiving attention that is typical of red carpet designers. Having been trained by the best (fashion great Alexander McQueen and then the much-respected Julien Macdonald), she was well-prepared and ready to make a name for herself by 2009, when she started her own namesake label. Gomez Gracia’s designs are defined not only by sensual cuts and flattering lines but also by the fusion of East London edginess with West End class that she has creatively pioneered during her time in London.

Similar to Rene Ruis (see above) Gustavo Cadile began his ascension to fashion fame by attending the International Fine Arts College in Miami where he graduated with a Fashion Design degree. Having dreamed of becoming a designer, Gustavo traveled to Italy, where he lived for three and a half years working for famous designers in Milan and Rome. Hard work has paid off for Gustavo, whose dresses have been worn by celebrities such as Catherine Zeta-Jones, Eva Longoria, and Sofia Vergara.