Miami’s blend of cultures, often the subject of television and movies, is also prominently featured in the city’s music. The glitzy, high-rise hotels along South Beach meet low-income black neighborhoods and high-density pockets of Latin American immigrants, creating a rush of sights and flavors, as well as unique music unlike any other city in the country. In our list of can’t-miss Miami albums, we profile Latin-fusion and southern rap acts. 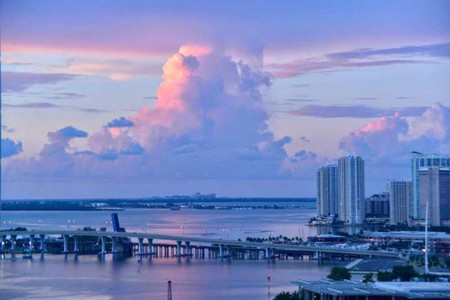 As Miami’s most iconic rapper, Rick Ross romanticizes the city’s drug-fueled history. His debut album, Port of Miami, chronicles Miami’s past of cocaine trafficking, with Ross as the fictitious kingpin. The 300-pound, gold-chain-wearing, sunglasses-clad Ross has become an embodiment of the drug lifestyle, especially with Port of Miami’s single, “Hustlin’.” The track’s refrain, “Everyday I’m hustlin’,’’ combines with details of money, cars, and women to paint Ross as a hero of the city’s cocaine days. The lavish retellings have equaled commercial success, as well as an unbreakable association between Miami and the rapper. 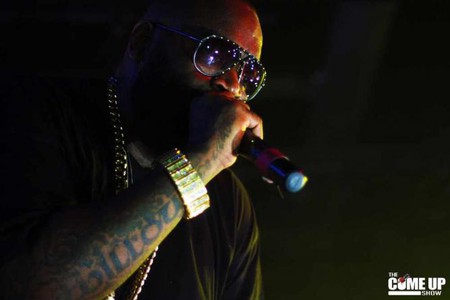 Gloria Estefan & Miami Sound Machine, Let It Loose/Anything For You (1987)

Released at the height of Gloria Estefan & Miami Sound Machine’s popularity, 1987’s Let It Loose personified a crossover of Latin and pop music. The Cuban-born ensemble band of MSM found popularity among Miami’s dense Latin population, and Gloria Estefan soon became a pop sensation with her vocals and sparkling personality. While the band’s 1985 single “Conga” was highly Latin-influenced, later hits on Let It Loose followed a more complete blend of rhythm and pop. “Anything For You,” the single from Let It Loose, is pure pop ballad, while tracks such as “Rhythm Is Gonna Get You” combine Latin beats, Miami Sound Machine’s famous horns, and powerful vocals from Estefan. The album drips with 1980s Miami. 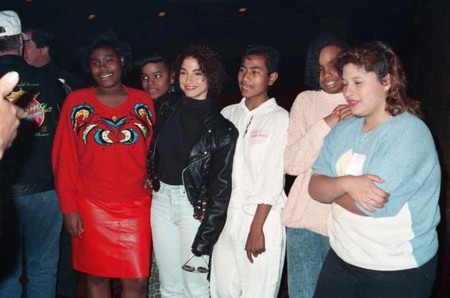 In 1996, Cuban musician Juan de Marcos Gonzalez and American guitarist Ry Cooder joined Cuban musicians from Havana’s famous Buena Vista Social Club to produce one of the best records of all time. Buena Vista Social Club, recorded in six days, represents the musical history of Cuba with hypnotic rhythms, intricate guitar riffs, and rustic vocals. While produced outside of the United States, the album was one of the best selling Latin albums of all time in the country and became synonymous with Miami’s Little Havana. The album’s use in popular culture has made Buena Vista Social Club musical shorthand for Latin characters or settings. While listening to the album, the cigars, hats, and colorful shirts of Little Havana immediately come to mind. 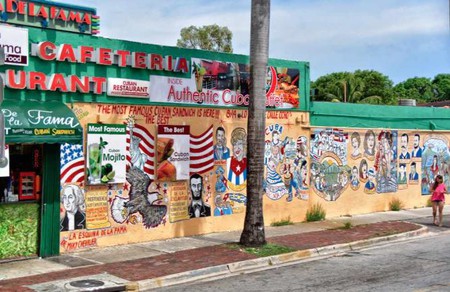 KC and the Sunshine Band fueled the mid-1970s disco craze. Formed in Hialeah, Florida, the band’s self-titled debut album created a distinctive Miami disco sound with hits “Get Down Tonight” and “That’s The Way (I Like It).” Although disco’s heyday tends to be associated with New York and Studio 54, KC and the Sunshine Band’s music is quintessentially Miami in both inspiration and production. Their triple-platinum album brought attention to the Sunshine State’s developing music scene.

As a “dirty south” rapper, Trick Daddy draws influences from both Miami bass and the tradition of southern rap. He creates bass-heavy tunes aimed at Miami’s club scene and catchy raps that reflect his upbringing in Miami’s primarily black Liberty City. On his platinum Thugs Are Us, the two styles blend to produce a memorable album that defines the city’s rap scene. The single “I’m a Thug” presents a lighthearted beat with Trick Daddy’s embrace of a baggy jean, gold teeth lifestyle. He rebels against Miami’s justice system and boasts about his youth of recreational drug use and drinking. Paying homage to another Miami classic on this list, Trick Daddy samples “Boogie Shoes” by KC and the Sunshine Band on his track “Take It To Da House.” 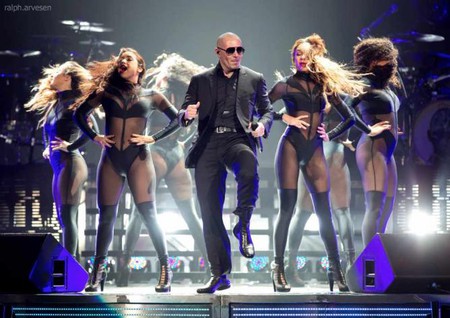 On Pitbull’s debut album, listeners can appreciate the early sounds of the now world-famous artist. Now that he’s a highly recognizable act and producer of fist-pumping dance hits, Pitbull’s rap roots are somewhat forgotten. M.I.A.M.I. shows that it’s not only champagne and clubs for the Cuban-American star, as the album presents the rougher side of Pitbull. Heavy reggaeton beats and fast Spanish verses fill M.I.A.M.I., especially on the single “Culo,” which displays his thirst for notoriety and wealth after an impoverished youth. While Pitbull’s current dance music collaborations cloud memories of his once fiery style, he remains a musical ambassador to the city, and his first album is worth another listen.