Amazing Cruises To Take From Miami And Fort Lauderdale 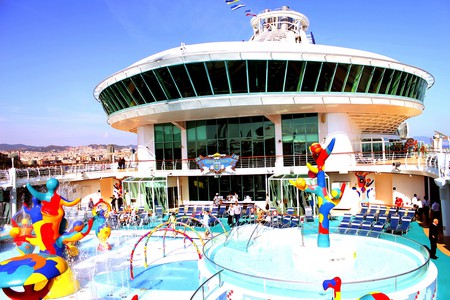 Liberty of The Seas - Royal Caribbean | Courtesy of Craig Murphy/Flickr

Cruises are a major player in South Florida’s economy and tourism industry. It’s pretty obvious why… Florida is a peninsula (surrounded by water) with close proximity to popular Caribbean and Atlantic Ocean destinations such as the Bahamas, Cuba, Mexico, Jamaica, and other popular ports. What do they have in common? They’re all exotic and paradise-like destinations that lure travelers and from all around the world. Here, The Culture Trip profiles six amazing cruises that leave from Miami and Fort Lauderdale. Make sure to take note of these ships if you’re searching for your next unforgettable experience on the high seas!

Here’s one for the family. Disney Cruise Line offers amazing deals and unforgettable experiences as you set sail from Port of Miami, aboard the Disney Wonder, and head off to tropical destinations in the Bahamas and Western Caribbean, including Nassau, Cozumel, Grand Cayman and Disney’s own private island, Castaway Cay. You can opt for a three, four, five, six or seven night cruise depending on your budget and time constraints. The Disney Cruise is committed to entertaining the children and allowing the parents their own moments of peace and relaxation. On board activities include night clubs, Spas, and adult-exclusive restaurants.

The Disney Wonder | Courtesy of Christopher/Flickr

The Norwegian Cruise Line has one of the world’s finest fleets. They operate all over the world, with destinations including Europe, Hawaii, the Caribbean, Panama, Alaska, Australia and New Zealand. The company is best known for its Freestyle Cruising concept, which means that there are no set times or seating arrangements for meals, nor is formal attire required. Their newest ship, The Norwegian Escape, built in 2015 and weighing over 164,000 tons, is the world’s seventh largest ship and has all the accommodations, thrills, on-board activities, and fine dining that we’ve come to expect from the Norwegian Cruise Line. 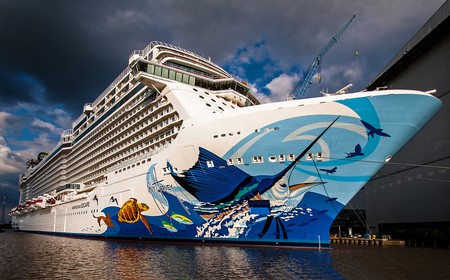 Harmony of the Seas

Fort Lauderdale’s Port Everglades is ranked second among cruise ports worldwide and has more home-ported cruise ships than any other port in the world. Catch a perfect view of them whilst driving over the 17th Street Causeway. Royal Caribbean routinely includes Fort Lauderdale – a city that is world famous for its beaches, recreational waterways, and lively arts and cultural scene – as one of its ports of call. The latest and greatest addition to the Royal Caribbean fleet, and part of its Oasis Class, is the Harmony of the Seas, weighing at 227,700 tons, with 6,360 passenger berths, and a crew of over 2,100! Check out the”Ultimate Abyss” dry slide at the stern of the ship and the “Perfect Storm” water slides. Other awesome amenities include the Flowrider surf simulators, the Puzzle Break: Escape the Rubicon escape room game (designed by Seattle-based Puzzle Break and ShowFX), and the Aqua Theatre, an open-air stage which hosts diving, aerial and acrobatics shows. 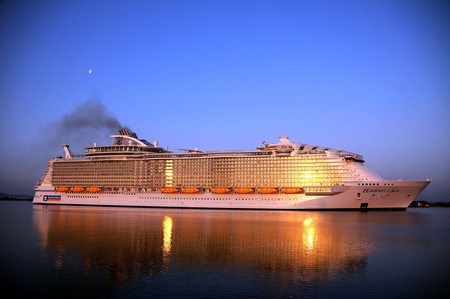 Harmony of the Seas | Courtesy of Robert Pittman/Flickr

Another one of the Norwegian Cruise Line’s most popular ships is the Norwegian Sky, a ship that is ideal for a first cruise or quick getaway and offers extensive programs for kids, activities for parents, as well as parent-supervised activities for toddlers. It routinely sets sail from Port of Miami and heads for Freeport, Nassau, and Great Stirrup Cay. Here’s some good news, Norwegian Sky recently introduced an exciting new concept starting in January 2016 where alcohol is included in the cost, with an upcharge only for premium brands. 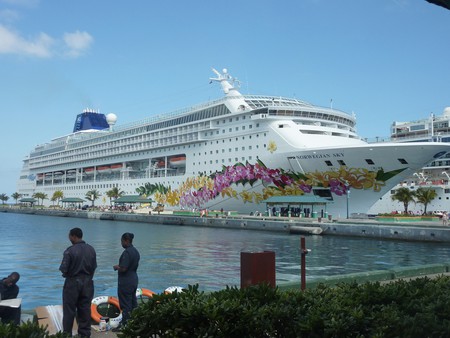 Operated by Carnival Cruise Line, this Conquest-Class ship was floated out on July 19, 2003, and christened by American physicist and astronaut Dr Sally Ride. Carnival Glory is perfect for passengers of all ages, with features such as nightclubs, duty-free shops, four pools, seven whirlpools, and a 214-foot water slide. Fine dining and private balconies await you on your next tour of the Caribbean, as you set sail from Port of Miami and embark on a seven night voyage that includes stops at Grand Cayman, Roatan, and Cozumel, where you can get off the ship, do some reef diving, and make it back on board in time for a show.

In keeping with Carnival Cruise Line, we’d be remiss to leave out Carnival Splendor, a ship that makes port in both Fort Lauderdale and Miami, and embarks on an eight night tour of the Caribbean that includes stops in Grand Turk, La Romana, Curacao, and Aruba. Featuring comedy acts, lively shows, a huge spa and great kids’ programs, Carnival Splendor is considered one of the most entertaining ships on the high seas. If you’re 21 and over, the fun that you can have is truly unlimited. Check out the Royal Flush Casino, El Morocco Lounge, or the highly popular Nightclub, where you’ll be dancing the night away with people your own age.

Beautiful #CarnivalSplendor scenery. Come experience this just as @kshoemak did!