17 Perfect Songs for Your Miami Playlist 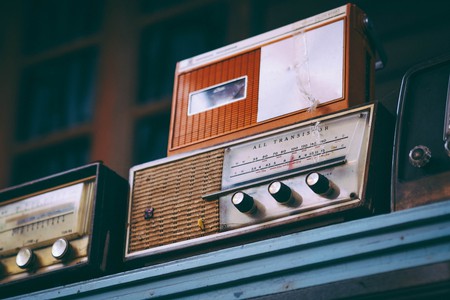 With its share of countless rap videos and TV shows exploiting the lavish lifestyle and shadowy drug-riddled past of the city, Miami’s been providing inspiration for decades. So whether you’re on a yacht perfecting your tan, or on your way to the nightclub on an Uber, turn it up with these tunes.

Of all the breakout songs of 2017, this one played in every club and radio all over the world making everyone and their moms fall in love with reggaeton. Recorded in Miami, it even had a remix with Justin Bieber singing in Spanish.

“Kokomo” by The Beach Boys

“Off the Florida Keys, there’s a place called Kokomo, that’s where you want to go to get away from it all…” Just like the lyrics, this relaxing tune paints a picture of the holiday you’re going to have on your road trip from Miami to the Keys.

Fireball’s Latin rhythm is what you need to dance to when you’re feeling the heat. Makes sense: Mr. Worldwide is a 3-0-5 native.

No, it didn’t make the list just because the lyrics mention Miami. This Spanglish dance tune is an oldie but goodie that should be on every Latin lover’s playlist.

Using the Spanish guitar melody of Carlos Santana’s “Maria Maria,” this is just the saucy song you want to hear when you’re lightly buzzed.

“Miami” by Will Smith

C’mon you have to play it. Just… you know, do it secretly because its mega-lame.

Every tourist is mentally hashtagging this when they’re dipping their toes in the shores of South Beach for the first time.

“All I Do is Win” by DJ Khaled

“All I do is win, win, win, no matter what!” Heck if that doesn’t get your blood pumping when you’re dressed up and ready to begin the night, we don’t know what will.

Your grandmother wrapped in a sheep’s coat in Finland probably wanted to dance to this song. The catchy jam, featuring Sean Paul, Gente de Zona and Descemer Bueno, held the record for longest-running No.1 in the Billboards Hot Latin Songs chart.

“The Motto” by Drake

Drake’s got “a condo up on Biscayne” and he’s “clubbing hard” in Miami. This is the song you turn up when you’re cruising Biscayne Boulevard on your way to the club in your rented sports car. (You almost made it.)

The rapping king of Miami, Rick Ross usually details Miami’s upscale lifestyle in his music videos, but this song’s all about the working class (and drug-dealing) reality of locals. There’s more to the 3-0-5 than the ritzy champagne-poppin’ island of Miami Beach.

In case you’re breaking up with your man and you’re on the MacArthur Expressway throwing the stuff he bought you out the window, this is the getaway song for you.

When you’re lounging on the white cabañas of Nikki Beach with the sun out and cocktail in hand, “Good Life” sounds just about right.

“Got Money” by Lil Wayne

This 2008 song depicts a robbery after Hurricane Katrina, which primarily hits home to the victims in New Orleans. But if you just got paid and are in the mood to throw a few bills up in the air, you need to play this on LOUD.

This one’s for the older folk. And Star-Lord from Guardians of the Galaxy.

This 2004 jam makes you realize how long Pitbull’s been singing about Miami. An anthem for mamacitas with big booties, this accurately describes most Miami ladies.

“6 AM” by J. Balvin featuring Farruko

The reggaeton single by J. Balvin recounts waking up at 6 a.m., poolside, in a Star Island-type mansion with no memory of the night before. Typical Miami, no?