12 Photos that Prove You Really Must Visit Miami at Night 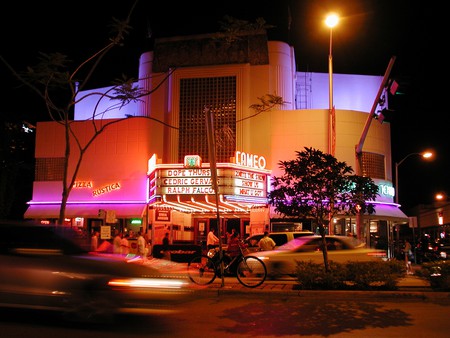 Miami is a beautiful city, and although it’s home to gorgeous beaches for you to visit during its bright, sunny days, the magic of the city really comes alive at night. Buildings are decked out in colored lights, people gather together to dance and drink, and everything just comes together to create a magical new world. See for yourself, below.

1. You’ll first fall in the love with the sunsets. 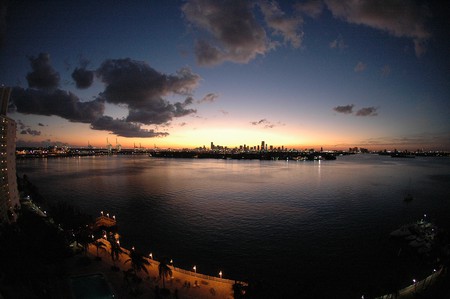 As the sun sets, Miami skies burst into bright pinks, purples, and oranges. The tall buildings downtown are framed with a beautiful glow, and the ocean looks serene, dusted with pastel hues. 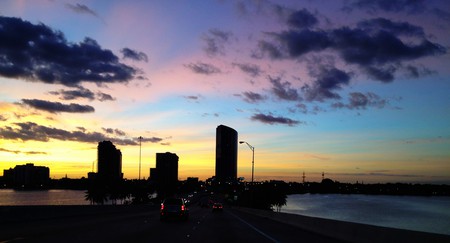 Sometimes the sunsets have a bit of bright yellow and blue in them, and they look like someone dripped watercolor paint across the Magic City skyline.

3. The sky is alive with breathtaking shades of pink, blue, and purple. 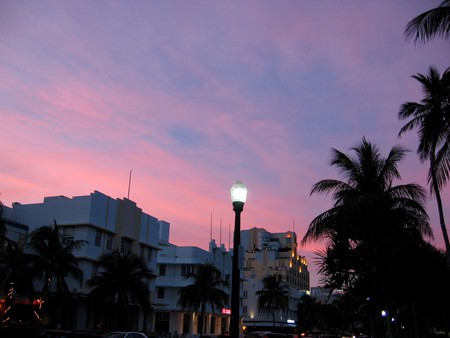 You’ll want to bottle the magic of these Miami sunsets. If you find yourself near the ocean, it’s so nice to just sit and watch the colors swirl and fade. You might even be lucky enough to catch some yoga on the beach, right before sunset.

4. You’ll be amazed by the way the buildings are awash in brilliant colors. 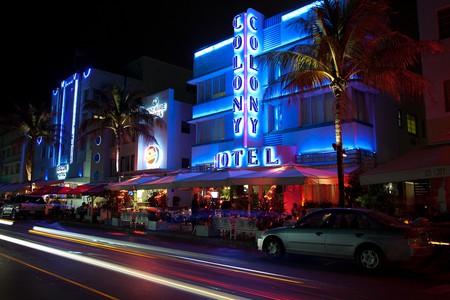 Ocean Drive comes alive with neon lights, music, dancing, and lots of laughter and chatter once the sun goes down. Restaurants are alive and well, and so are the clubs.

5. Some of them seem to twinkle like little stars against the night sky. 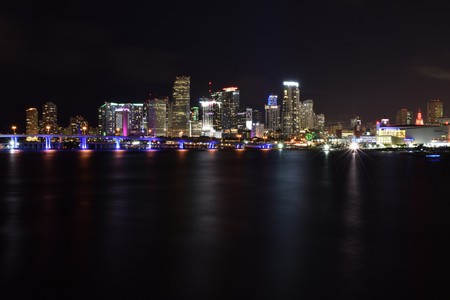 The buildings in downtown Miami tend to light up in different colors, blink, and flash, and when you get to see it all from a rooftop, it’s an amazing view. The city looks like a beautiful, living, breathing being.

6. The water reflects moonlight and the lights of Miami’s skyline. 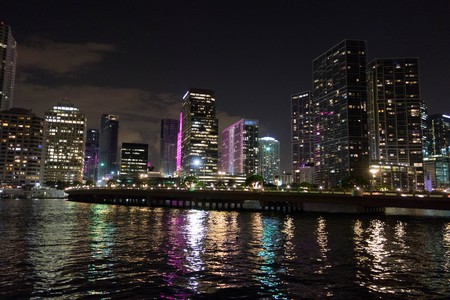 When the moon is out, its glow is captured by the ocean, creating milky white waves. The moonlight makes the ocean glitter and is so absolutely surreal. Building lights swirl into the mix, creating beautiful rainbow patterns. 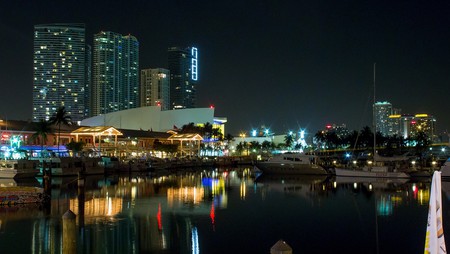 Bayside Marketplace is one of the most beautiful spots at night to see all of Miami lit up. The buildings across the skyline glitter and dance with twinkling lights. The ocean reflects the moon and all of the city lights, creating a beautiful mix of colors. You’ll also get to hear laughter and the sound of some loud salsa music in the background. You might even want to grab a partner and get dancing! It is truly always a beautiful scene at this spot.

8. Miami is colorful even during thunderstorms. 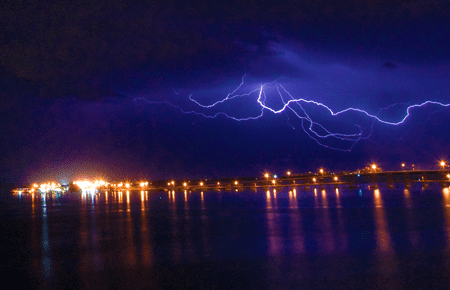 Miami is known for its amazing summer days filled with a lot of sunshine and gorgeous, cloudless skies. However, Miami also is home to several thunderstorms, especially during Hurricane Season. Even when it’s raining though, Miami is a beautiful place. Lightning rips through the sky, but the building lights still twinkle and the ocean still rolls on, collecting rain.

9. On nights with a full moon, folks sometimes gather for a Drum Circle. 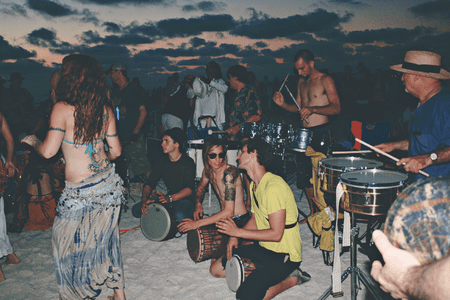 Drum circles are big down here! In Miami, a full moon means bringing out the drums, starting a bonfire and roasting marshmallows, playing music, and dancing. We gather on the beach for a little party to share the good vibes.

10. Once each year the fair comes to town during the spring. 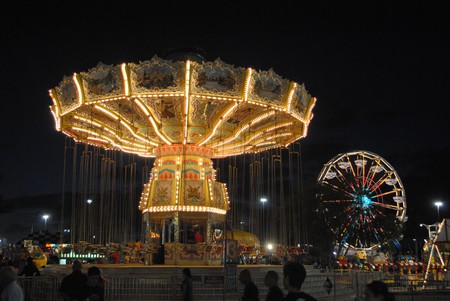 The county fair rolls into town each spring, which brings a whole bunch of colorful rides to town. From swings, to the Ferris wheel, to rollercoasters, the city is alive with screams and shouts, cotton candy, soda, and the gorgeous twinkling lights of the fair.

11. During the winter holidays, Santa’s Enchanted Forest stops by, filled with rides and Christmas lights. 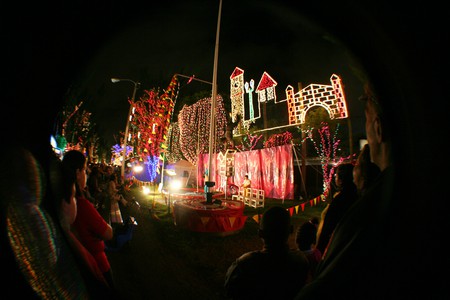 There is another fair that stops into town during the winter called “Santa’s Enchanted Forest.” Here, every tree is decked out in colorful Christmas lights, and there are tons of Christmas decorations that glitter throughout the entire park. It truly brings a winter wonderland to Miami.

12. During the summer, many people head to the clubs and rooftop parties!

Clubs and rooftop parties are the place to be, especially during the summer when DJs come into town and spin their best tracks all night long. Friends are piling into cabs, people are having cocktails on Ocean Drive, and the city is alive with music and movement.