11 Things Tourists Should Never Do in Orlando - Ever 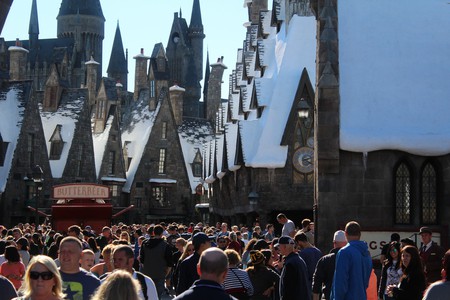 Orlando, Florida, is sometimes called the “Vacation Capital of the World,” as its warm weather and wealth of attractions make it a great place to visit any time of year. However, there are some actions that tourists should avoid doing at all costs. To help ensure you have the best time possible while visiting “The City Beautiful,” here we touch on 11 things tourists should never do in Orlando – ever.

Never assume it’s OK to bring weapons into one of Orlando’s major attractions, because it probably isn’t. Most of the parks and attractions throughout Orlando are family-friendly establishments where knives, firearms and other weapons, concealed or otherwise, aren’t welcome. This rule includes anything that could be mistaken for a weapon, like a watergun, or even a selfie stick.

Never touch the wildlife – EVER

Florida is home to wonderful birds, reptiles and mammals, but it’s important to remember these animals are wild and not used to humans, so their reactions are unpredictable. In addition to being potentially hazardous, it’s often illegal to even touch many of Florida’s animal residents.

It’s really important to remember to apply sunscreen multiple times a day if you’re spending time outside, as the Florida sunshine can be brutal for visitors to Orlando. Even during winter months, make sure you protect any exposed skin with sunscreen.

It’s easy to lose track of how much water you’ve had throughout the day, but don’t ever let yourself get too dehydrated. This is especially important during summer months when the heat and humidity are high.

Don’t get off rides on your own

While visiting Orlando attractions, you should never, ever jump out of a ride unless you’re directed to do so. Also, don’t touch any of the props, you might damage them or hurt yourself in the process.

If you're planning a trip to Orlando, don't forget to visit International Drive, where you'll find tons of exciting attractions and unique experiences. #VisitOrlando #OrlandoAttractions #Orlando

Don’t expect to see it all

No matter how long your visit is, you’re never going to see everything Orlando has to offer in a single trip. Even expecting to see everything in the major theme parks is unrealistic, as the parks are large by design so you’re motivated to come back for more. Set realistic expectations based on the age and stamina of everyone in your party and prioritize what’s most important for you to do and see while you’re in the city.

Never buy tickets from a stranger

It doesn’t matter if it’s a ticket for a cheap comedy show or a multi-day, park-hopping pass to a major theme park, don’t every buy tickets for Orlando attractions from a stranger off the street.

While it may be tempting to dress up as your favorite Disney character at the Magic Kingdom or as Harry Potter in Universal Studios, adult tourists should never do this, as the parks have rules against guests over a certain age from visiting while in costume. This is to avoid confusion when the “real” characters show up in the parks. 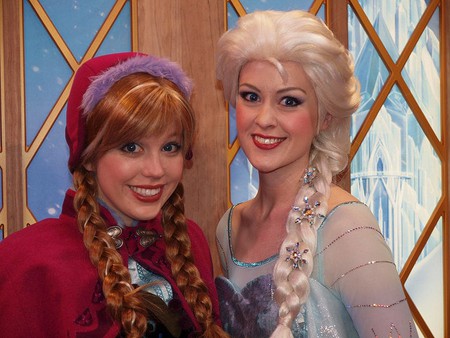 Don’t try to get “cast members” to break character

It’s a big no-no at Disney for the men and women playing “face characters” – such as the famous princes and princesses – to ever break character while they’re in full costume, so never encourage or taunt them to do so.

If you’re a smoker, know that many of Orlando’s attractions limit the areas where smoking is allowed. Walt Disney World is notorious for offering a limited number of designated smoking areas, and if you’re caught lighting up outside these locations you’ll no doubt get a reprimand.

Don’t take pictures or video recordings when you shouldn’t

The major theme parks bar tourists from taking pictures or video recordings while visiting a trademark attraction. This is especially true for roller coasters and other rides, where loose cameras can be a danger to you and other guests. Ask an employee for permission if you’re itching to take some pictures, but follow the instructions if you’re not allowed.