Wynwood, Miami might be known for its gallery scene and painted walls, but the cocktails in this town are masterpieces in their own right. Here are 10 of the best places to grab one. 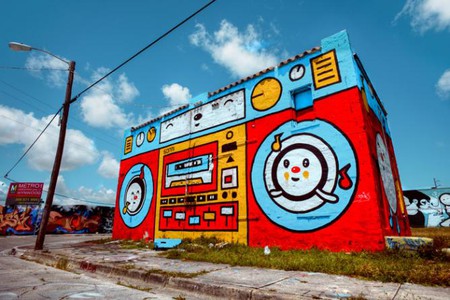 This is the mother of all cocktails: The Bloody Mary. A seemingly traditional drink: throw some tomato juice, vodka and tabasco into a glass and top it with some olives. What’s the big deal? Well, Brick House has turned the Bloody Mary game on its side. Skyy Vodka, Zing Zang, Guinness, pickle juice, topped with a deviled egg, salami, smoked cheddar, olive skewer and spiced pork rind rim. One Bloody Good Mary from Brick House will annihilate your hangover while basically feeding you an entire meal. Two birds, one stone. 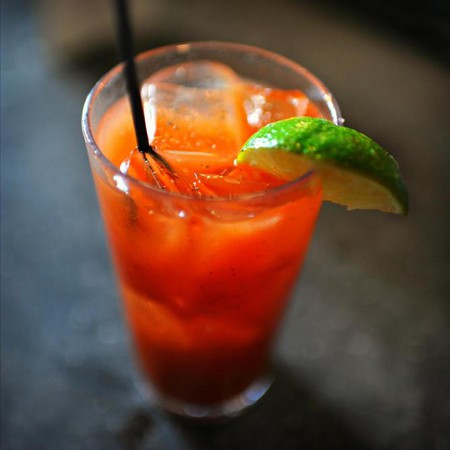 The Fiddler at Michael’s Genuine

Ever since its opening, Michael’s Genuine has quickly become a hometown favorite. Their ‘fresh, simple, pure’ motto is present in every dish they offer. As a farm-to-table establishment, their menu changes daily depending on what’s in season and arriving on their doorstep from local farmers, fishermen, ranchers, and artisans. The cocktails are no different. The Fiddler combines Rittenhouse Rye 100 proof, Ferrand Dry Curacao and fresh grapefruit and basil, both sourced from South Florida. It’s a Mint Julep cocktail with a Miami twist. 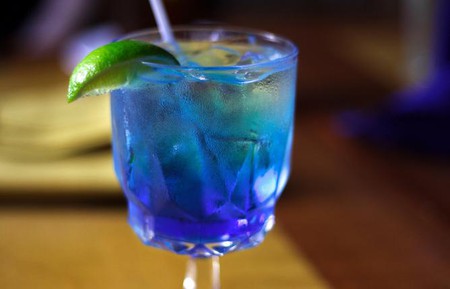 The Spice of Love at the Sugar Cane Raw Bar

Led by award-winning bartender James Giles, the Sugar Cane bar and their cocktails are sure to impress. They make cocktail magic with flavors like hibiscus, lemongrass, even beets. A favorite among patrons is the Spice of Love. This masterpiece is made with fresh jalapeño, passionfruit purée, mango essence and premium vodka. It leaves your lips tingling for more. But don’t let the fruity flavor fool you. One glass may be more than enough. 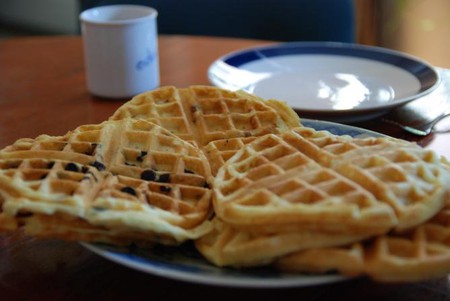 If you’re looking for a backyard BBQ but don’t feel like dealing with the mess of hosting it yourself, Pride & Joy has you covered. After a plate of meat that falls off the bone and has you falling into a food coma, you’ll somehow find the room for their famous Waffle Batter drink. Yes, it’s exactly what it sounds like. Made to taste like waffle batter, this sweet treat is laced with Maple Bourbon. It’s like a whiskey-flavored waffle that you can drink.

The Cham Wow at the Corner Bar

One step into the Corner Bar and you’ll think you’ve been transported back into a time of prohibition and contraband hooch. They keep their lights low, their space small and their bartenders in vests. This bar puts meaning behind the term craft cocktails by truly making a craft out of mixing spirits and fruits and spices. One glance at the menu and you’ll see anything from white whiskey to moonshine to absinthe. If a party’s what you want, try the Cham Wow. This mix of champagne, muddled raspberries, vodka, and lemon juice is what bartender Chris Funk calls a ‘panty dropper’. The innocent pink hue can be deceiving, but this drink packs a punch. 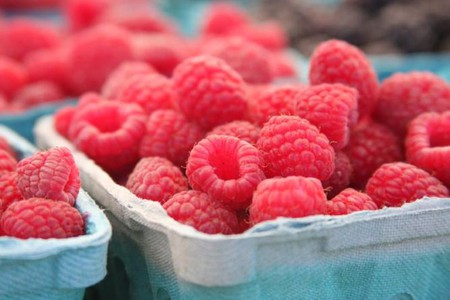 Lengthy weekend brunches in Wynwood have become somewhat of a tradition. Rolling in 15 deep and staking claim of an entire section at Morgan’s is not only welcomed, but also encouraged. They’ve perfected the champagne-to-OJ ratio (99:1). And those heavy-handed bartenders are happy to keep the bubbles flowing as long as you and your brunch buddies would like. Between the bottomless mimosas and giant house-made cinnamon rolls, you won’t be moving for a while. Enjoy. 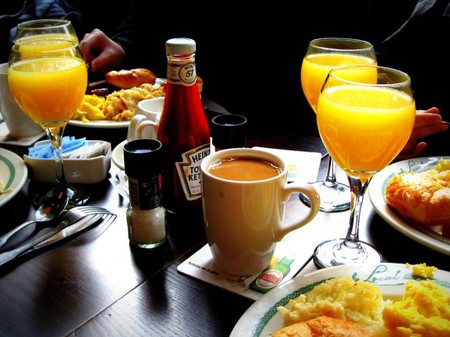 Simply put, Joey’s is beautiful. This is the case from the atmosphere to the presentation, and the drinks are no exception. Their sangria comes with a fruit accompaniment that is almost too pretty to eat. But you will. Because it’s delicious. Especially after soaking in wine. The glass the sangria is served in is so big it can be intimidating. But remember: it’s basically just a fruit salad, only some of that fruit has been made that bit more interesting. 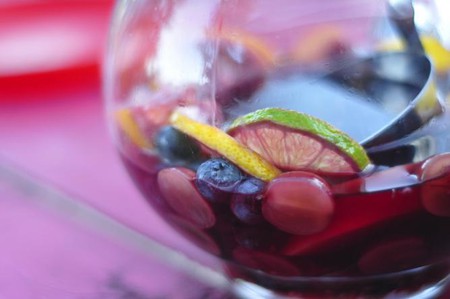 The Nazca Lines at Gramps

Similar to a South American Primm’s Cup, the Nazca Lines features Pisco to honor its Peruvian heritage. Named after a region in Peru, this cocktail mixes Pisco and Primms with a dash of ginger, a drop of honey and some lemon and mint to round out the flavor. The cocktail is a favorite among Gramps loyals and newcomers alike. Served over a large glass of crushed ice, this is the perfect drink to nurse while you enjoy a warm Wynwood night. 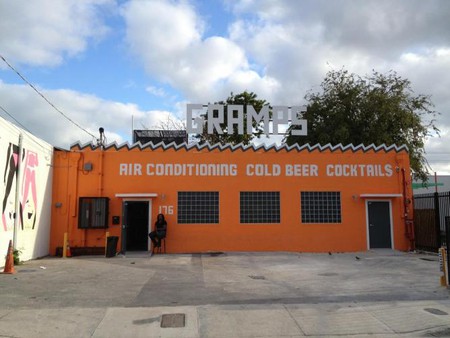 The Backyard Boogie Spiked Lemonade at the Wood Tavern

Since its launch in 2012, Backyard Boogie has redefined ‘Sunday Funday’. Located in Wood Tavern’s backyard bar, there is nowhere else you want to be on a Sunday afternoon in Miami. Live music, local vendors, lip-smacking BBQ and plenty of booze. Is there a better way to end the weekend? Here, the mint and berry spiked lemonade – sweet, tangy and spirited – is poured by the cup, carafe and pitcher. With this fresh cocktail in one hand, a giant Jenga piece in the other and local DJs soundtracking the entire event, you’ve got the makings of a perfect Sunday day-buzz. 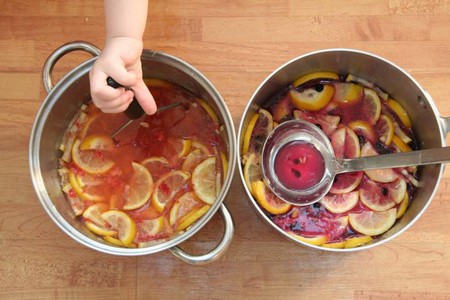 The Wynwood Inferno at Wynwood Kitchen and Bar

The Wynwood Inferno is a drink that lingers on the lips. If you’re not a fan of spice, please choose another beverage. Made with muddled jalapeno, cilantro, sweet & sour and lime juice, this crafty cocktail is shaken up with Jose Cuervo Special Silver and passionfruit. One taste of this drink at the Wynwood Kitchen and Bar and you’ll understand why this drink is deserving of the town’s namesake. 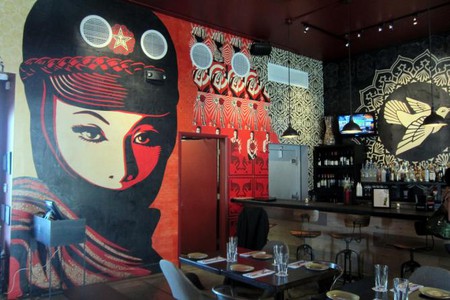