The 10 Best Restaurants In Bridgeport, Connecticut 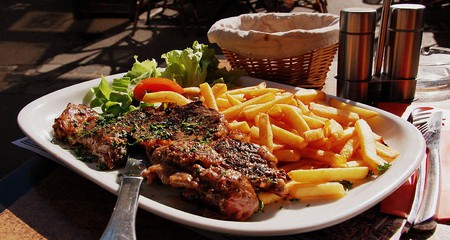 Located on the Long Island Sound in Connecticut, Bridgeport is known for picturesque shoreline parks, the annual Barnum Festival, and an abundance of fresh seafood. Not limited to seafood, however, the city also has a number of choice venues serving everything from all-American steak to tapas and Italian specialities. We explore ten of the best restaurants in the area. 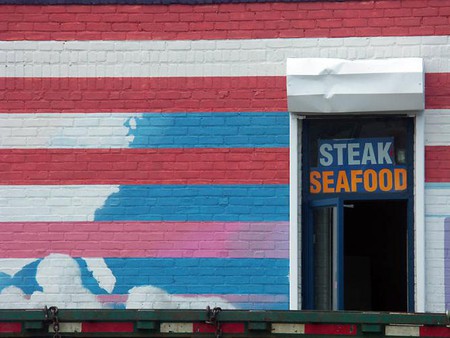 Attentive service and a love of simple, good-quality steak characterise Joseph’s Steakhouse on Fairfield Avenue. Frequently and positively reviewed by a variety of magazines from across America, Joseph’s Steakhouse has been a respected venue since opening in 2000. The culinary experience of the owner, Joseph Kustra, who was born in Croatia, lived in France and has worked in America ever since, is evident in the menu, which features stone-crab claws, USDA prime dry-aged beef, and the signature steak sauce. The wine list is extensive and the small selection of desserts is as tempting as the mains, including apple strudel, pecan pie, and a variety of after-dinner drinks. Inside, the décor is simple: the rustic heavy wood and white tablecloths indicate that the main attraction is the quality of the homemade food. 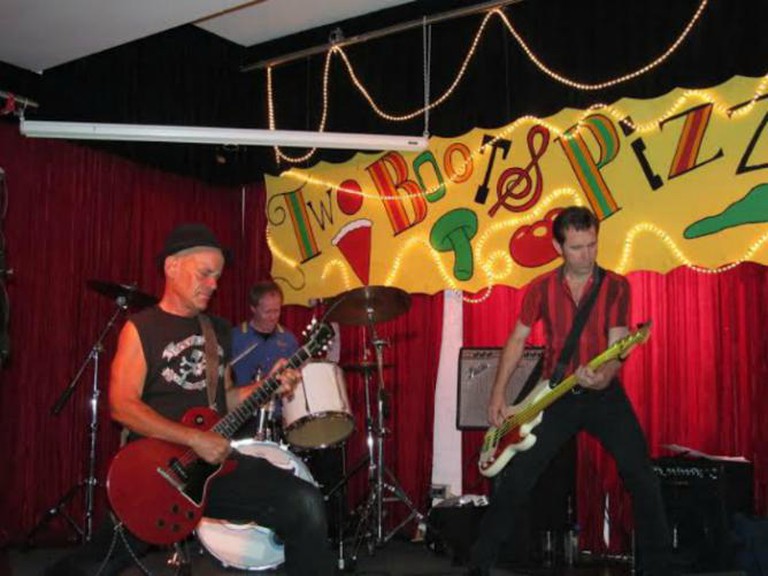 Simon and the Bar Sinisters at Two Boots of Bridgeport | © Doug Kerr/Flickr
Two Boots of Bridgeport was born from a love for pizza and for the food of New Orleans, the ‘boots’ of the name referring to the geographical shapes of Louisiana and Italy. The menu has strong Cajun and Creole influences, and is praised for its garlic knots, Cajun popcorn, and speciality thin-crust pizzas. Though the venue is small – in the style of a traditional diner with a long bar – its comes into its own later in the evening as a downtown Bridgeport entertainment centre. The restaurant’s modestly-sized stage is a regular platform for local bands, burlesque shows, ‘Indie Thursdays’, and dance evenings, making this one of the city’s quirkier culinary destinations. 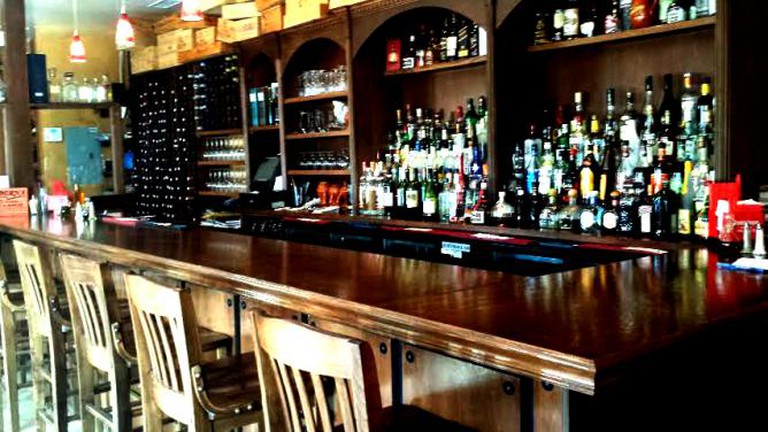 The bar | Courtesy Taberna Restaurant
Described by the New York Times as ‘graceful and restrained’, Bridgeport’s Taberna Restaurant opened in 2008 on Madison Avenue, in what used to be a two-storey town house. With seating at the bar, in its two dining rooms, and on the outdoor patio in summer, the restaurant feels spacious despite its modest dimensions. Dishes are carefully presented, decorative features unobtrusive and the service staff attentive, elements which combine to create an ambience of casual sophistication. Run by two brothers, Taberna brings another take on Spanish Latino cuisine to the city, offering a huge selection of traditional tapas dishes, Taberna pies, and fresh homemade pasta, as well as the restaurant’s signature Paella de Valenciana, all of which is complemented by a diverse international wine list. 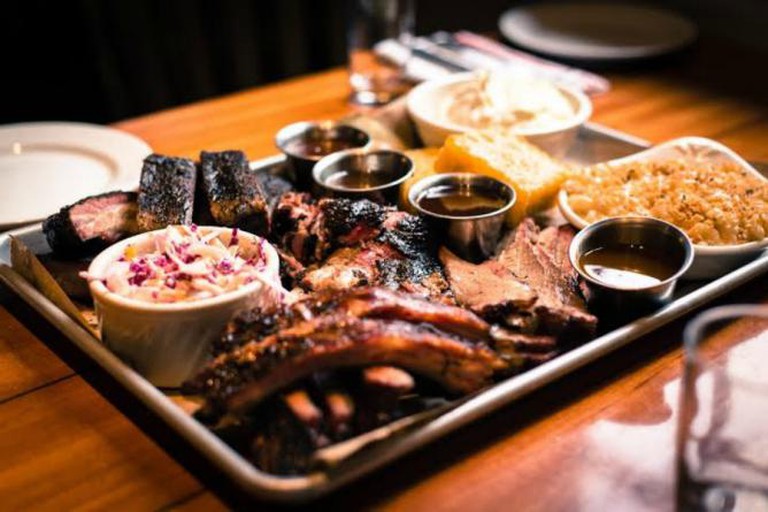 'The Notorious PIG' at Walrus + Carpenter | Courtesy Walrus + Carpenter
Walrus + Carpenter is an independent, family-owned restaurant with a passion for the authentic American culinary experience. Carefully chosen craft beers and wines accompany the dinner menu, which is characterised by the use of southern-style smoking techniques in the barbecue dishes. Comfort food at its most indulgent appears in the restaurant’s take on ‘mac + cheese’, or perhaps opt for spiced brisket and homemade sausages, whilst the city’s seafood heritage is also present in the smoked trout dip, fried oysters, and ‘shrimp + grits’. All can be enjoyed in an elegant setting, which also hosts regular music nights and themed events throughout the week.

Bar, Restaurant, American, $$$
Facebook
Email
Twitter
Pinterest
Copy link
Share
An exuberant venue specialising in tapas, Ola Restaurant offers some of the best New World Latin cuisine in Bridgeport, alongside a well-stocked bar serving the freshest of mojitos, margaritas, and Ola’s own fruity cocktails. A family business, the restaurant hopes to appeal to everyone and to infuse the atmosphere with the vibrancy of the food. The speciality guacamole is always popular, and freshly prepared at the table to add spectacle in celebration of the natural ingredients. Also praised are the salmon tartar, marinated octopus, and the authentic paella dishes, whilst inventive presentation and brightly-coloured décor add to the vibrancy of the dining experience.

Restaurant, Italian, $$$
Facebook
Email
Twitter
Pinterest
Copy link
Share
Ralph ‘n’ Rich’s provides a traditional yet creative fine-dining experience in a friendly and inclusive atmosphere. Customisable menus are available for most dietary requirements and for children, whilst the dining spaces are plush and diverse, with sweeping interiors and an expansive patio for the summer months. The restaurant is situated opposite the Barnum Museum and has always had a personal connection to Bridgeport, as it was the city in which owners Ralph Silano and Rich Ndini were raised. ‘Sunday Sauce’ is a highlight here, offering families the chance to spend the afternoon together, from noon until four, enjoying traditional Italian antipasto, meat, pasta, and desserts for a set price.

Restaurant, Mexican, $$$
Facebook
Email
Twitter
Pinterest
Copy link
Share
Taco Loco began in 1982 and was the first Mexican caterer in Connecticut, selling tacos, burritos, and nachos from a small shop on Main Street. Now the restaurant, which moved to Black Rock in 1990, has been voted the ‘Best Mexican Restaurant’ with the ‘Best Margaritas’ in Fairfield for ten years by Fairfield County Weekly. Homemade salsa, plentiful nachos, and seafood enchiladas are complemented by weekly discounts on the speciality margaritas, whilst an elegant patio area allows diners to enjoy the bold flavours alfresco during the summer.

Market, Seafood
Facebook
Email
Twitter
Pinterest
Copy link
Share
Both a fish and chips restaurant and a fresh seafood market, Uberti’s Fish Market offers seafood of the freshest and best quality, either to take away and prepare at home or to eat in. Fried shrimp, sea scallops and battered fish sandwiches are all on the menu and can be eaten outside at the picnic tables during the summer. The focus of Uberti’s is freshness and authenticity, thus it is a great place to grab a quick lunch. The market is similarly focussed on the highest quality, selling sushi grade tuna and salmon alongside a variety of dressed fish.
Give us feedback