The Top 10 Beautiful Towns In Connecticut 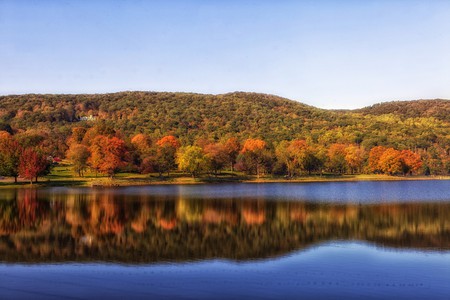 One of the country’s smallest states, Connecticut nevertheless boasts an abundance of historic towns, charming little villages and areas of extraordinary natural beauty. Known for its peaceful character, friendliness, and beautiful scenery, Connecticut is not a state to be missed. Here we list 10 of the state’s most beautiful towns.

A tiny town found in the Litchfield Hills in Connecticut, Cornwall holds a lot of beauty despite its small size. The town is famous for having one of the few covered bridges in the area. Built from striking red timber in the 19th century, the bridge still serves as an integral part of the town’s infrastructure, as well as being a popular attraction. The town itself features several quaint, gingerbread house-like buildings, as well as abundant trees and greenery, which create an astonishingly beautiful carpet of reds, oranges and browns during the autumn season. 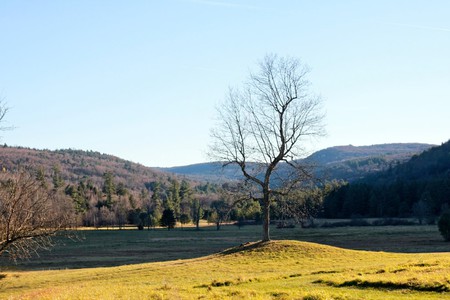 A classic small New England town, Chester began as a local industrial town, with roots in shipbuilding and milling, and has since developed into its quaint present day state. The town is greatly proud of its historical heritage, with many of its antique houses and architecture carefully preserved to this day. Chester is also notable for its burgeoning cultural scene, with numerous art galleries, boutiques and the local theatre adding to the charm and cosy small town feel. Outside of the main streets lies a beautiful landscape made up of hills, streams and forests, all accessible by hiking trails from the town. 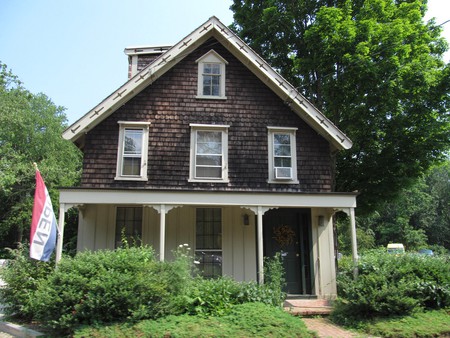 One of the main towns on which Stars Hollow was based in The Gilmore Girls, Essex is a typical Connecticut town full of charm. The town has retained many of its historic buildings, including a number of farmhouses dating back to before the Revolutionary War, 19th-century Federal style mansions, and the First Baptist Church of Essex, one of only three Egyptian Revival churches built in the United States. The town boasts a friendly, welcoming community, with a number of beautiful inns, shops, galleries and the Essex Steam Train, an original 19th century railway and locomotive which tours around the nearby towns. 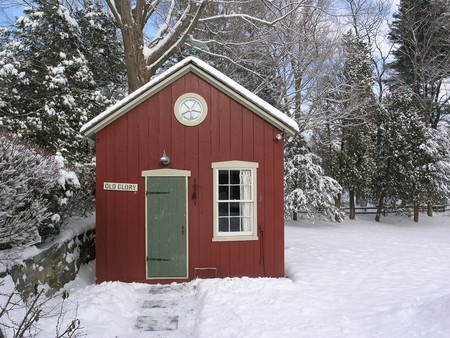 Just 40 minutes by train from central Manhattan, Greenwich is the perfect getaway from the hectic rush of city life, and is a popular town for commuters searching for a quieter life. The town is comprised of several areas, each filled with beautiful historic buildings, charming inns and quaint local museums, all paying homage to the area’s heritage and culture. Thanks in part to its commuter population, Greenwich has more of a cosmopolitan feel than other local towns, with Greenwich Avenue in the centre of town providing brand names and designer boutiques, as well as more quirky independent shops. 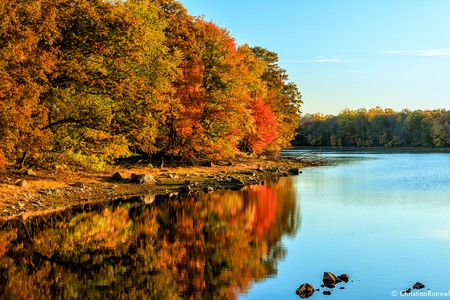 Termed the top foliage town in the whole of New England, Kent is known for its stunning landscape filled with lush meadows, winding trails, and trees decked in a myriad of green and autumnal colors. As well as a charming centre featuring antique shops, boutiques and quirky little cafés, Kent is also home to two state parks: Macedonia Brook State Park, a perfect destination for the enthusiastic hiker, with hilltops looking onto the Catskill Mountains, and Kent Falls State Park, containing within it no less than 17 waterfalls. The quaint town surrounded by gorgeous scenery makes for a perfect New England spot. 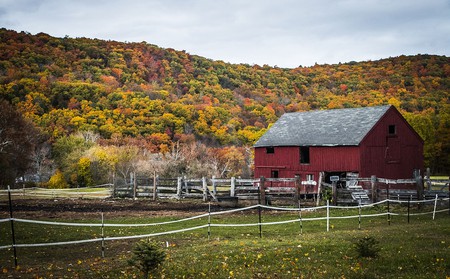 A perfect blend of wonderful heritage and natural beauty, Milford is a must visit town in the southern region of Connecticut. Less touristy than some of its peers, Milford has retained its unspoilt, authentic character, while nevertheless boasting numerous charms worthy of visiting. The centre of the old town has many historical buildings and walks, as well as quaint cafés, boutiques, and booksellers, perfect for browsing and relaxing. For the more outdoorsy types, Milford has large, peaceful green spaces, including the second largest green in New England, and many idyllic beaches and seafront walks. 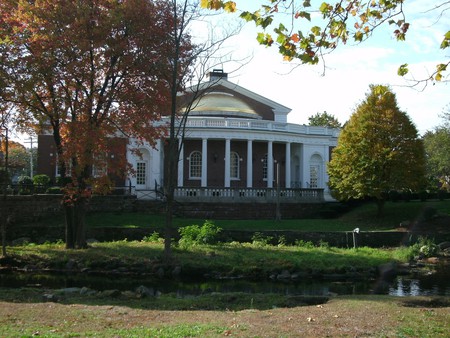 Known for being Katharine Hepburn’s old stomping ground, the acclaimed actress lived on the outskirts of the town, Old Saybrook is the perfect waterside New England getaway, filled with impressive architecture, idyllic natural beauty and friendly locals. The town is filled with many remarkable buildings, from the old-fashioned Saybrook lighthouse to impressive historical manor houses, as well as a soda fountain installed back in 1896. A community town, the focal point still lies in Main Street, where numerous independent, family-owned shops vie for attention from quaint old store fronts. 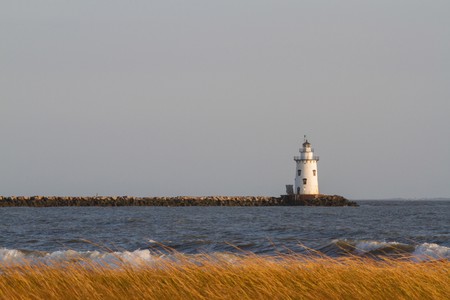 A beautiful coastal town on the New England shoreline, Mystic is an attractive town with a fascinating heritage. Originally one of the area’s most important seaports, its history has been wonderfully preserved at the Mystic Seaport, one of the country’s largest maritime museum, with a collection of four historic ships and merchant vessels. Walking inland from the impressive port, visitors come across the charming Colonial period houses of Main Street, and the plethora of delicious seafood restaurants, quaint shops and the famous Mystic Pizza restaurant, made famous by the 1988 film. 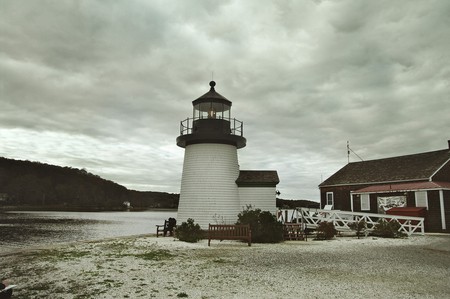 Located on the coast just 50 miles north of New York City, Westport has some of the most stunning scenery in the state. The seafront has a row of beautiful red brick buildings, their warm color contrasting with the sparkling blue of the sea. The seafront is particularly striking during sunsets, where the light casts a wonderful warm glow onto the houses and their reflections in the water. Further into the main town, old fashioned board houses and impressive buildings dating back to colonial times line the streets, interspersed with large, fresh green spaces, perfect for lazy strolls and picnics. 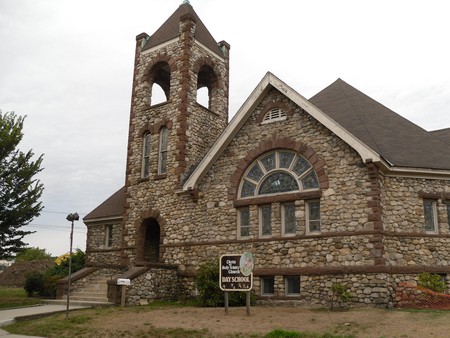 Dating back to 1634, Wethersfield has an impressive historical district with over 1000 buildings from the 17th, 18th and 19th centuries. The district includes three listed buildings on the National Register of Historic Places, Buttolph-Williams House, Joseph Webb House and Silas Deane house, all outstanding example of well-preserved Colonial architecture. Wethersfield’s abundant natural beauty also sets it apart, the Wethersfield Cove is an idyllic little inlet bordered by lush trees and landscape, while dotted all around the town are peaceful meadows and narrow winding walks lined with towering trees. 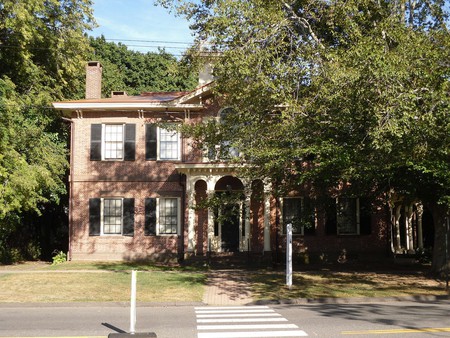