Things to Do in Hartford, Connecticut 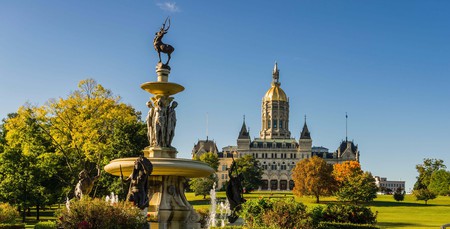 Hartford is among the oldest cities in the United States and was the birthplace of Mark Twain’s The Adventures of Tom Sawyer (1876) and Harriet Beecher Stowe’s Uncle Tom’s Cabin (1852). Today, the capital of Connecticut is home to beautiful parks, art museums, historical sites, entertainment and culinary delights.

Experience literary history at the Mark Twain House and Museum 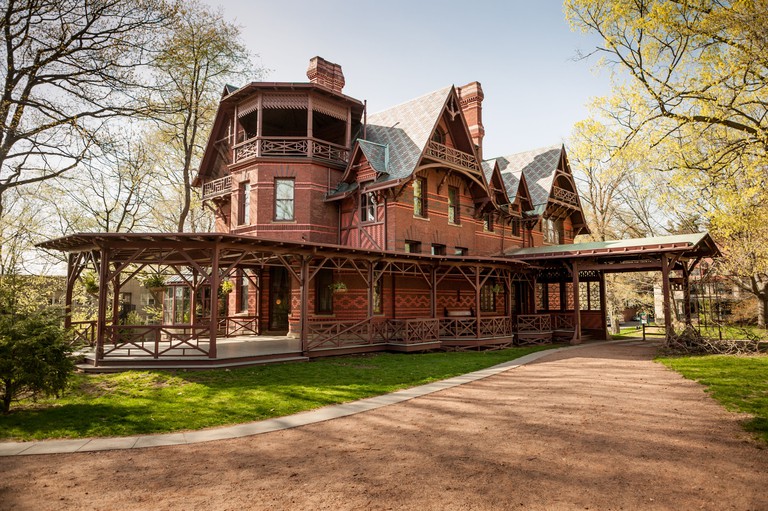 © Philip Scalia / Alamy Stock Photo
Before moving into this house, Samuel Langhorne Clemens, AKA Mark Twain, lived in several other places, but he spent 17 years at this residence and wrote many of his most famous works here, including The Adventures of Tom Sawyer (1876), The Adventures of Huckleberry Finn (1884) and A Connecticut Yankee in King Arthur’s Court (1889). The Victoria gothic mansion was built especially for Mark Twain and his wife in 1874 and had many modern conveniences such as central heating, telephones and devices for calling servants into specific rooms. Today, the beautifully restored house includes a museum, cafe and store, and hosts special events, exhibits and film showings.
Open In Google Maps
385 Farmington Avenue, Asylum Hill, Hartford, Connecticut, 6105, USA
+18602470998
Visit Website
Visit Facebook page
Give us feedback

Get outdoors at Bushnell Park

This manicured 50-acre (20ha) park’s main attraction is the vintage 1914 Stein and Goldstein Carousel, which was brought to Hartford in 1974 from Canton, Ohio, and features 48 carved wooden horses and two lovers’ chariots spinning around a Wurlitzer band organ. Kids will enjoy the playground, with its various structures, rope climbing and two rocking horses. The park also contains the 30ft (9m) marble-and-stone Corning Fountain, crowned with a stag statue; a large pond; the Spanish-American War Memorial; and the Soldiers and Sailors Memorial Arch. The Performance Pavilion hosts theater, live music and dance productions.

Located just a few blocks from Bushnell Park, Capital Ice Cream is the perfect place to stop pre- or post-park visit for a sweet treat. Known as “The Happy Place in Hartford,” this cute and colorful shop serves ice cream, milkshakes, sundaes and customizable options, with a variety of mix-ins, using its cold-plate technology. Its sundaes have fun names such as Yankee Doodle Dandee, Cookie Monster and Tiramisu You. Customer-favorite ice creams include strawberry cheesecake, cookie dough, party cake and mocha chocolate fudge. 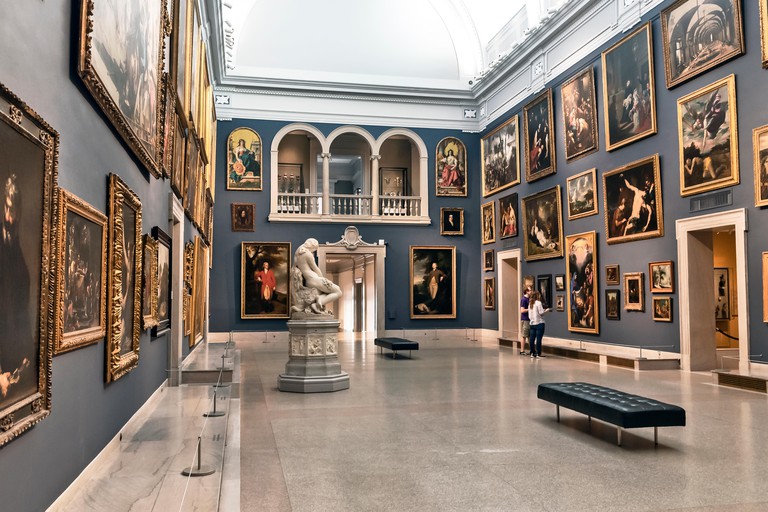 © Naum Chayer / Alamy Stock Photo
This imposing, castle-like building is America’s oldest continuously operating museum. Founded in 1842 and opened in 1844, the Wadsworth Atheneum Museum of Art is home to more than 50,000 pieces, including European art from antiquity to contemporary and American art from the 1600s to the present day. Works on display include those by famed artists such as Caravaggio, Dalí, Monet and Renoir. Among the most engaging exhibits is the immersive Cabinet of Art and Curiosity, which holds over 200 unusual and fascinating objects, with most of the collection donated by JP Morgan in 1917. The display is free of labels; instead, visitors can use digital touchscreens in the gallery to learn more.
Open In Google Maps
600 Main Street, Downtown, Hartford, Connecticut, 6103, USA
+18602782670
Visit Website
Give us feedback

West Hartford is one of Connecticut’s best-known shopping districts and calls itself “one of the best little downtowns in New England.” This charming, traditional town center runs along Farmington Avenue and is the hub for shopping and dining, with everything from local boutiques to more familiar names. Shop at Kimberly Boutique for the latest fashions, Cookshop Plus for kitchenware and Bridgewater Chocolate for something sweet. Nearby is Blue Back Square, with more shopping, dining and a movie cinema.

Get romantic at Pond House Café

Cafe, Restaurant, American, $$$
Facebook
Email
Twitter
Pinterest
Copy link
Share
Map View
Inside the pretty Elizabeth Park (famed for its rose garden) alongside the pond is the aptly named Pond House Café, which uses local, fresh ingredients. Indeed, the cafe has a vegetable and herb garden outside its doors. The airy, warm environment is perfect for its award-winning Sunday brunch; in summer, it can be enjoyed on the patio, and in winter, around the cozy fireplace inside. It also has a convenient take-out window for grab-and-go eats called the Snack Shack.
Open In Google Maps
1555 Asylum Avenue, West Hartford, Connecticut, 6117, USA
+18602318823
Visit Website
Give us feedback
Give us feedback