The Best Hotels to Book in Derby, England 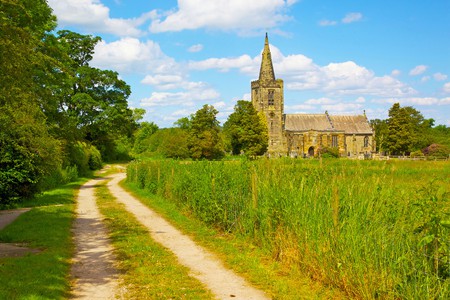 Lying on the banks of River Derwent, in Derbyshire, right in the heart of England, Derby is a perfect destination for a country or urban sojourn. The city itself offers plenty of activities for all the family and dozens of interesting places to discover, including the Derby Museum and Art Gallery, the Derby Silk Mill Museum of Industry, and the marvellous Gothic Cathedral of Derby, which was originally founded in the 10th century. Meanwhile, the surrounding countryside makes for a blissful setting. Here we reveal the best hotels to book for an idyllic Derby escape – all bookable with Culture Trip. 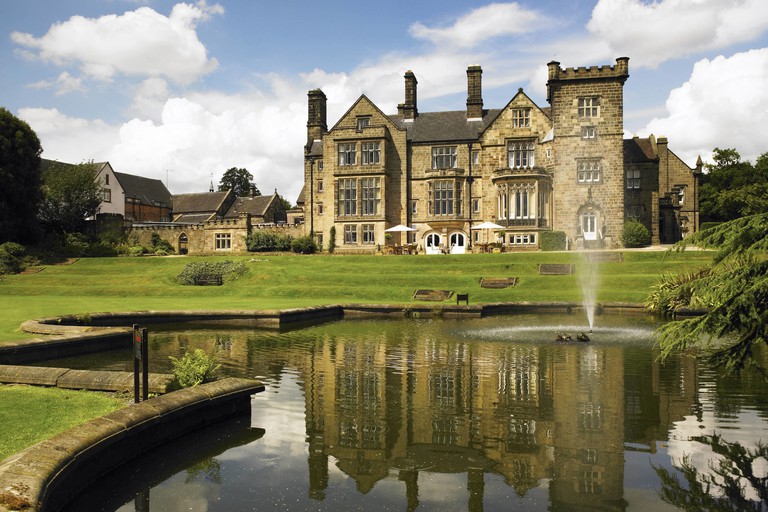 Courtesy of Breadsall Priory Marriott Hotel and Country Club / Expedia
Both a hotel and a country club, this traditional property dates back to 1266 which makes it the oldest Marriott hotel in the world. Along with a fascinating history, this period property boasts a sublime setting, nestled in the heart of the Derbyshire countryside close to attractions including the Peak District National Park, Chatsworth House, and Kedleston Hall. On the accommodation front, there are 112 well-appointed rooms ranging from deluxe to suites. On-site amenities include a gym, a spa, two golf courses and two fantastic on-site restaurants, with one serving a delicious British afternoon tea.

The Priest House Hotel, for relaxation by the river 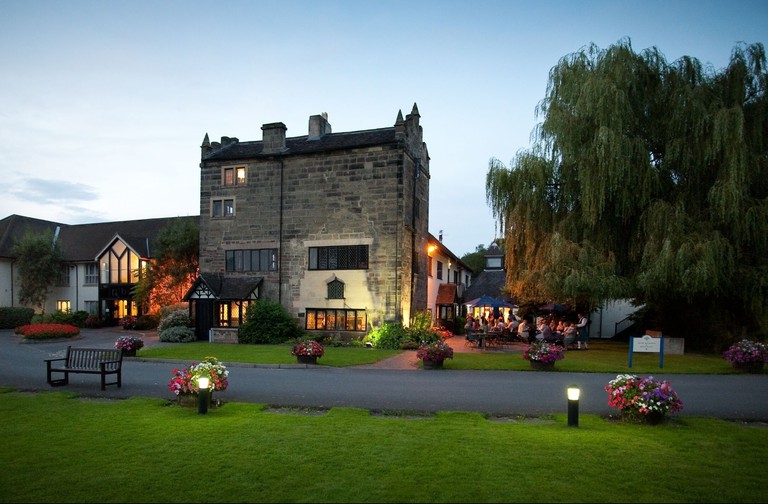 Courtesy of The Priest House Hotel / Expedia
Slap bang on the banks of the River Trent, the Priest House Hotel makes for a tranquil setting for your break away. Boasting a very long history, the picturesque property was built around a mill tower with its very own water wheels. A romantic and old-world atmosphere runs throughout and for an extra special stay, upgrade from a basic room to a plush suite. Other appetising features include a river where guests can go fishing and a cosy restaurant serving hearty British fare.

Pentahotel Derby, for the gamer in you 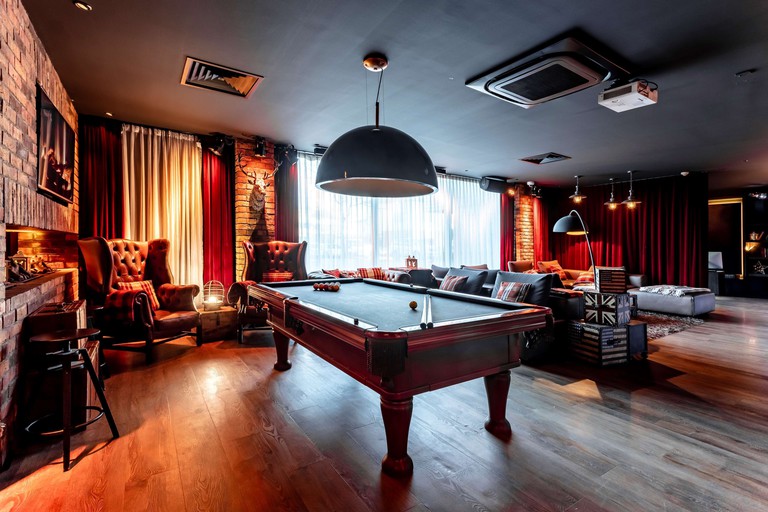 Courtesy of Pentahotel Derby / Expedia
If you’re looking for a bit of urban chic over country rambler, then cast your eye over the Pentahotel Derby. Inspired by tech and gaming, the hotel is located within a 5-minute drive of Pride Park Stadium and Derby Theatre. Guestrooms feature comfortable beds, gaming accessories, flat-screen TVs, and free WiFi runs throughout. If gaming isn’t your thing, other lures include a 24-hour fitness centre complete with a sauna, a complimentary drinks reception, cosy communal areas with a fireplace and billiards table and a brasserie serving delicious vegetarian cuisine. 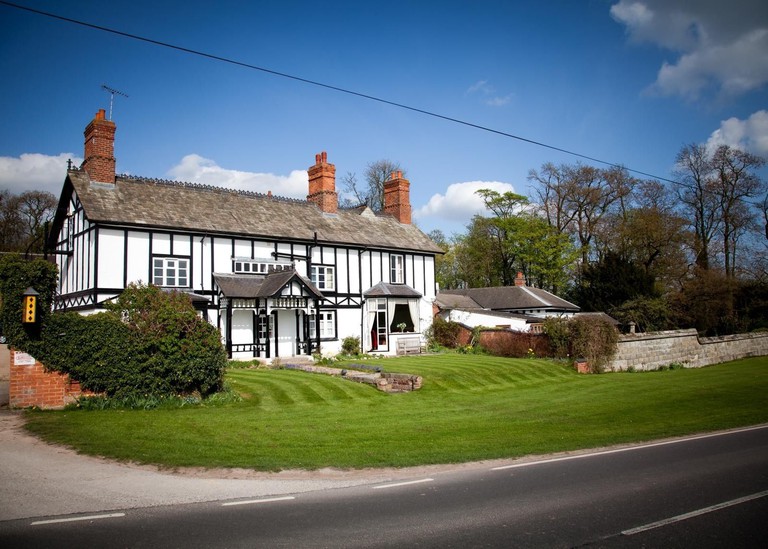 Courtesy of Donington Park Farmhouse Hotel / Expedia
Have an eco-conscious getaway with a stay at Donington Park Farmhouse Hotel and Barn Wedding Venue. This property, set amid farmland, is focused on eco-minded experiences. All of the produce served in the restaurant, including the rich full English breakfast, is locally sourced and sustainable materials are used where possible. The rooms have a welcoming feel, with exposed brick walls and the original beams, and this rustic character carries through to the communal spaces. 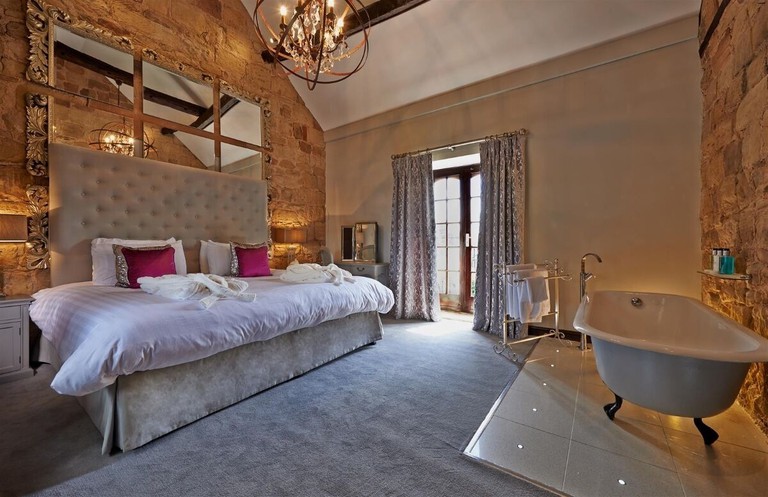 Courtesy of Horsley Lodge Hotel / Expedia
Another traditional hotel option comes in the form of Horsley Lodge. This charming property, close to the Peak District and the cities of Derby and Nottingham, was originally built by the Earl of Sitwell as a wedding present for his son in 1840. Often described as a beautiful home from home by guests and staff, this property features family accommodation and luxuriously-appointed rooms. The spectacular cottage suites, spread over three floors, feature a spacious lounge area, a master bedroom with a super king-sized bed and balcony views over the rolling countryside.

The Hardinge Arms Hotel, for a pet-friendly stay 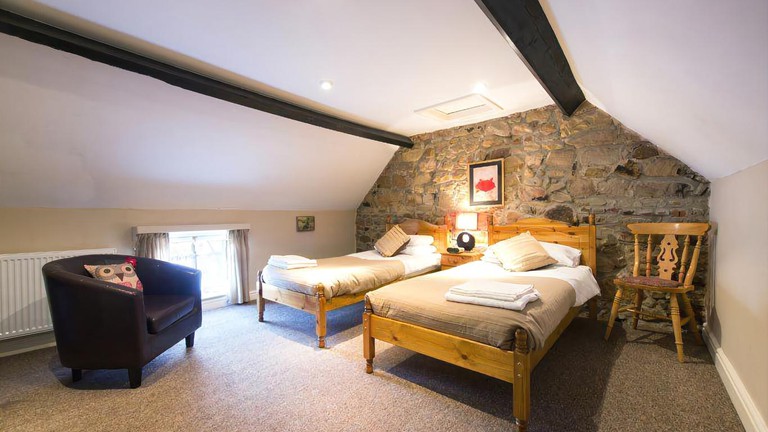 Courtesy of The Hardinge Arms Hotel / Expedia
Wake up with several of the region’s best attractions on your doorstep with a stay at the Hardinge Arms. This price-friendly hotel option is located close to Rushcliffe Golf Club and National Brewery Centre, Swadlincote Ski and Snowboard Centre and the Great Central Railway, so you can skip between them at your leisure. The historic boutique hotel has just six pet-friendly guest rooms with amenities including a refrigerator, hot drink facilities, and a desk area. After a day of adventure, return to the hotel for a meal and a pint or two at the characterful on-site restaurant.

The Littleover Lodge Hotel, for family adventures in Derbyshire 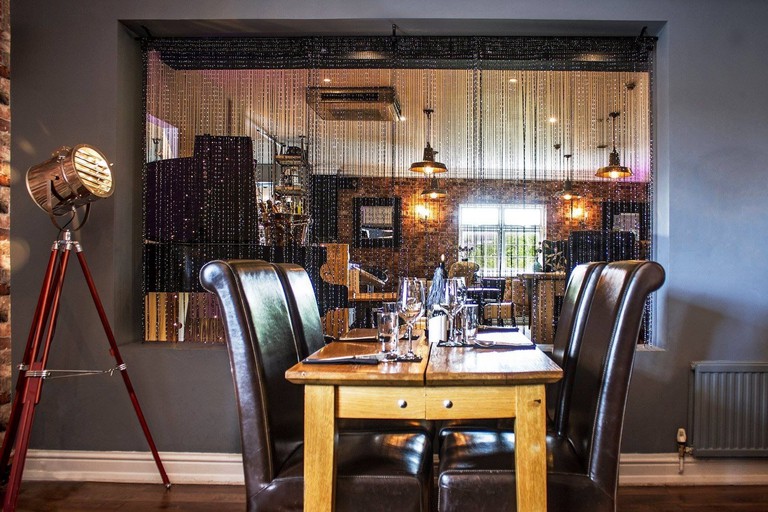 Courtesy of The Littleover Lodge Hotel / Expedia
Housed within a former 19th-century farmhouse, Littleover Lodge in Derbyshire features 15 en-suite bedrooms decked out with crisp contemporary furnishings. You might have trouble leaving once you’ve arrived, as this property is also home to one of the best known gastronomic destinations in the area. Dig into some tapas, a flatbread kebab or pizza and enjoy the convivial surroundings. The cocktails are another must-try, with the Reverse Espresso (a blend of espresso, vodka and Baileys) being one of the house specials.
Give us feedback